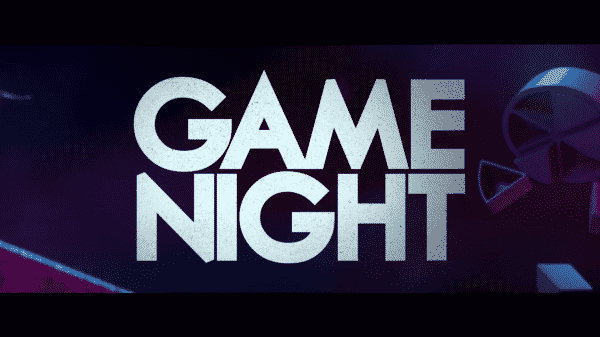 Game Night isn’t the funniest comedy you’ve ever seen, but probably has one of the best storylines in recent memory.

Game night has become a tradition in Annie and Max’s household, especially because a game night at a bar is how they started their relationship. Fast forward many years and now it is a weekly event. Nothing fancy mind you. Just Max and Annie, Kevin and Michelle, alongside Ryan and whatever barely out of high school girl he could find.

However, this dynamic gets changed when Max’s older brother Brooks comes back and decides he is going to host game night at a house he is renting. But, rather than the usual charades or board games, he wants a mystery one. A game in which one of the usual crew, alongside Ryan’s pick of the week, Sarah, will get kidnapped and people have to find out where they have been taken to.

This was all very exciting until it became clear that Brooks’ game has become real and now it is a race to midnight to save his life. 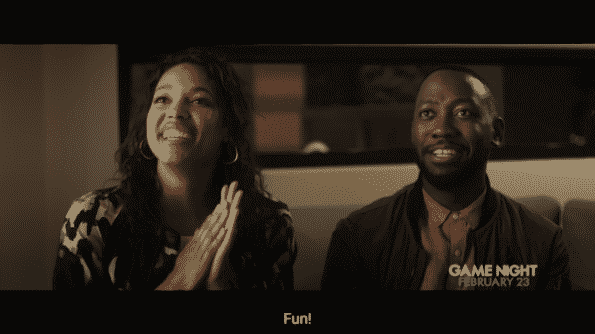 One of the strongest things in this movie are the relationships. Whether it is the relationship between Michelle and Kevin, which existed since middle school, Max and his brother Brooks, or Max and Annie, it is undeniable that one of the goals had to be finding actors who play off each other well. For just taking note of Max and Annie, you have to love how their competitive spirit drives their relationship from the game night to how much better their kid will be than everyone else’s. It’s quirky enough to seem real and cute, but not so much it seems like something which would only exist on screen.

The same goes for Kevin and Michelle. Though Morris is a bit high strung, his chemistry with Bunbury, who plays calm and cool so well, you can see as a good match. He goes manic and she knows how to cool him down. And you can imagine them being each other’s rock since middle school without us having to have the visuals.

When you think of comedies, usually twists aren’t involved. It’s usually about the jokes but this film more so seems to want to lean towards being a crime thriller, believe it or not, than a comedy. And with that, there are the type of twists which aren’t jaw-dropping shocks, but certainly do come out of nowhere to the point you are wondering, “What in the hell?”

But in a good way. Especially as creepy Gary gets really involved in the film. For there is just something so weird about the way he acts, especially with his dog, that makes you wonder if Jesse Plemons thought he was auditioning for a role in a new Scary Movie

The Story Compensates For The Comedy 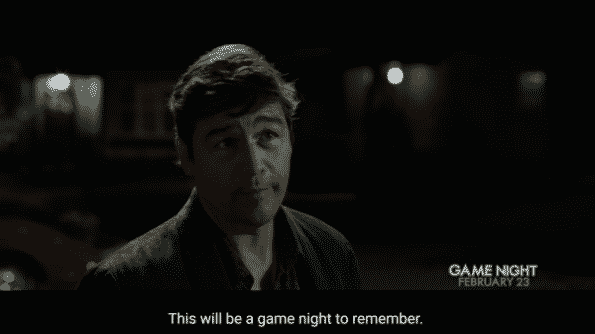 It has been 8 years since writer Mark Perez has written such films as Back Nine, starring Carmen Electra, and Accepted

, which he co-wrote. I mention these films just so you can understand the humor Perez is evolving from. Luckily though, despite his past work being divisive, based on ratings I see, he doesn’t focus on comedy as much as the aforementioned relationships, and definitely on story. For while I wouldn’t say this film is touching, even with Max and Annie having issues with having a kid, it does seem like it wants to stand out by being the one comedy that has a story which makes sense.

Not in terms of how Brooks got into the predicament he did or even how this average group of people keep outsmarting multiple mobs. More so, it wants to make sense in the form of you understanding why everyone is willing to go to the lengths they do for one another. All the while, showing that, outside of this big storyline, they have their own issues they are dealing with. Which, thank the lord, doesn’t lead to your usual romance film trajectory of there being some huge argument and then a reconciliation for the sake of Brooks or to save the relationships. These people are past the nonsense which usually leads to that, at this point.

This by no means is the best movie out in theaters, nor will you be rolling in the aisles and feeling like someone punched you in the gut. However, this film is strangely enjoyable. It is hard to explain why, but it really comes off as a matinee kind of film you just see because you don’t want to stay in the house. And yeah, it may not be huge in terms of actors involved, the laughs, and things of that nature, but it reminds you that not every film needs to try to be the best. Sometimes, a movie should just be a fun time for an hour and a half and that’s it. There doesn’t have to be some bigger theme, social commentary, sequel potential (though the movie kind of hints to the possibility), or a goal of a huge box office.

To put it succinctly, Game Night is rated Positive for the same reason you would go to a game night with your friends or family. Seeing it would be inexpensive, it makes for a good outing with friends and family, and while you aren’t guaranteed to laugh till you pee, it is will lighten your mood a bit or keep your good mood going.