Freak Show moves past your usual coming out story and focuses on how to gain tolerance or acceptance, thus presenting a more interesting narrative than often seen in LGBT focused films.

Billy, since he was little, always idolized his mother who simply wanted to be called: Muv. Not mom, for reasons gone into in the movie, but Muv. And his idolation of her went beyond personality but also taking note of her style, wigs, and fashion sense. So, when she ends up having Billy live with his father William, seemingly just for a semester, he experiences a bit of a culture shock. For while we aren’t really clued into how school was for Billy back in Connecticut, wherever he is now, where they name schools after Ulysses S. Grant is, they aren’t used to people like Billy. In fact, they are openly hostile to him.

Mostly because, Billy isn’t just gay but he is flamboyant. I’m talking anything from looking like Boy George to coming to school in a wedding dress and having the kind of dramatic makeup which could only be made for going to a club, being in a production, or things of that nature. Yet, despite being bullied and ostracized, to the point of ending up in the hospital even, Billy makes some friends. Mark, also known as Flip, seems to immediately take to Billy. Be it because Billy has the life he envies or a genuine desire for his friendship – it can be hard to tell.

The same goes for Mary Jane who Billy doesn’t even learn the name of until halfway through the movie since, while she may be the first to approach him, arguably her friendship is also laced with something beyond a desire to know Billy. Be it the spectacle of his dress, wanting a look behind the curtain, or what have you, that friendship too also inspires some pessimism personally.

Yet, being that Billy is an optimist, he doesn’t really question the comings and goings of neither Mark nor Mary Jane. In the end, his only goal is to figure out a way to make going to Ulysses S. Grant High School work for him – without much in the way of compromise. Which, unfortunately, ultimately requires him to be the martyr that pushes the envelope.

“You missed it all and yet you were not missed.”

“Sometimes, I dream I can fly. But I’m so exhausted from flapping my wings and the higher I soar, it reminds me of how little I fit in with them on the ground. So, I rise, and I rise, and I realize that, I don’t wanna fly anymore. They never knew what they were looking up at anyway.”

“For too long, I thought being on the outside meant having no voice. I accepted the moldings and manipulations that were pushed upon me and was still shamed into silence.” 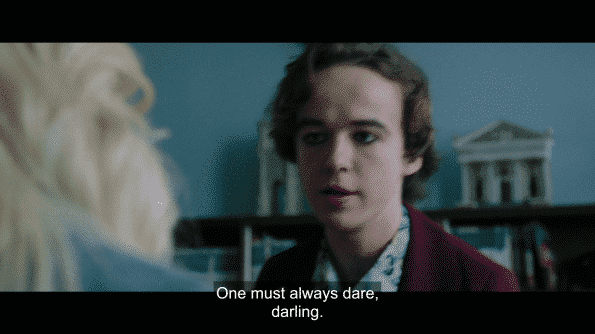 The way Alex plays Billy almost makes you wish this was a Netflix series rather than a movie. One showing just really isn’t enough as you see him let his freak flag fly. For on top of, of course, people very comedic, there is also this beautiful strength in the pain of Billy shown. Not through tears and silently begging the audience for sympathy, but showing the work queer people have done, and will sadly continue to have to do, in order to at least reach tolerance. Acceptance, love, perhaps admiration, is a lofty goal, but at least the kind of tolerance to be left alone and be themselves is the work you see Billy do. Even when it could maybe cost him his life.

But, on a side note, if they ever do a proper remake of Rocky Horror, we won’t talk about that FOX abomination, Alex must be cast as Frank N Furter.

Everyone’s An Ally Till It’s Not Convenient

Speaking of tolerance, you have to admire the role Flip plays in all of this. To me, he is the epitome of what tolerance can bring, in both a good way and bad way. Good in how, while you may not get something, that doesn’t keep you from getting to know the person and maybe even defend them. However, the bad part is that tolerance means still keeping a certain distance. Hence why Mark stopped being the ideal ally once he was accused of being gay and even maybe being Billy’s sexual partner.

His reaction to that, including turning on Billy and speaking to him as everyone else does, shows the shaky ground those of any community have to look at so-called allies. They are there for the fun and games, maybe even a fight or two, but what happens when it comes to the point they get tired of fighting? They are always able to leave the fight and abandon the cause. So, there comes the question, when they recover, do you welcome them back in or once a deserter always a deserter?

This complicated relationship Billy has with straight people, even Mary Jane who arguably seems to be excited about Billy because he makes her life more interesting, helps illustrates issues rarely touched upon in LGBT movies. If only because they are more often than not solely focused on the coming out part, first sexual experience, or the oppression that can only be escaped from by finding a city to accept them. 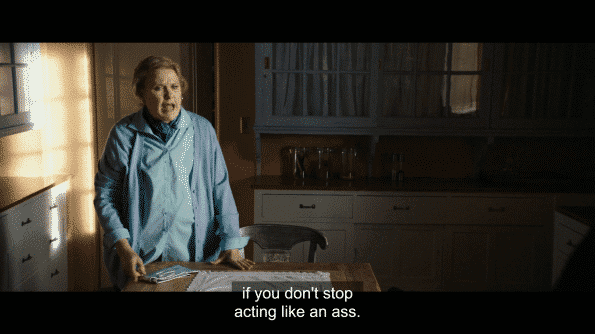 While one could argue Mary Jane or Flip was the first ones to really accept, or tolerate, Billy for who he is, Florence is the true first one. Like Flip, she did warn Billy about him not fitting in being too outrageous, but in the long run her growth, as Williams’ too in a way, was perhaps more touching than all the high school bullies and those who stood by. For they’re the old school, the ones often touted as the people you just got to wait to die. So to see them go from tolerating Billy, perhaps with arm’s length gestures, to truly loving the boy, despite them not fully understanding him, is something. Especially Florence for while she had so many opportunities to discard Billy’s more feminine things, she left them alone. And even when William threw out Billy’s gloves, she recovered them and gave him a stern talking to. Since, in the long run, it seemed her only wish was for the boy to be happy.

Lynette Is So Basic of a Villain, Without Any Complication 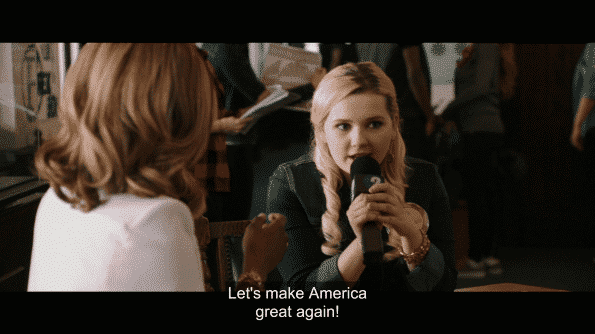 As a person who believes in the rights of queer folk, naturally, I’m not fond of people like Lynette. Yet, as someone who likes watching a vast amount of media, I expect characters to be shown with layers and complexity. Even if their real-life counterparts I tend to avoid.

Which is the problem with the character of Lynette. There seems to be such an issue with humanizing people with aversive opinions that it leaves them as caricatures. Especially characters who aren’t going to evolve and change, if not outright apologize to the lead. Which sucks to me. Why must character development, in films like this, belong only to those who side with the protagonist in some way? Not to imply making Lynette some girl shamed by her parents is what I’m asking for, thus explaining why Billy trying to take something away from her is why she fights so hard.

Nope, I’m talking about showing how Lynette’s deeply rooted faith is the reason why she is hateful but taking it seriously. For, in the long run, it isn’t like Lynette and company went to a liberal area and was asking Billy to change. It was the other way around. But, considering how she ultimately wins the homecoming pageant, perhaps that speaks to how, even if people verbally may say something, their loyalties and conscious will vote for what is familiar and known. 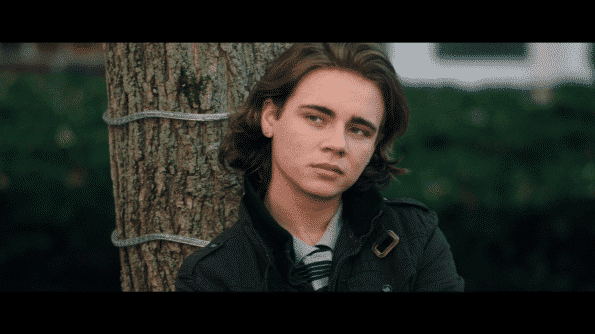 Recognizing the saying that homophobic people are supposedly fighting homosexual desires, I got to say throwing Bernard in as one of those people was eye-roll inducing. If only because it wasn’t built upon and seemingly thrown out there just for the sake of illustrating this widely circulated statement. Which, like with Lynette, leads me to wish there was a bit more development into Bernard past filling in the blanks yourself. Meaning, taking note that with no out gay people besides Billy, there probably isn’t anyone else he could have explored his feelings with. Sexual or otherwise. 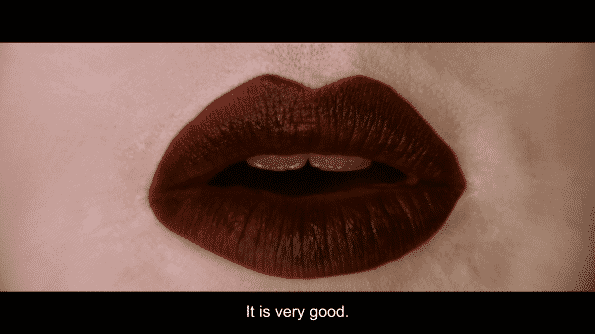 Believe it or not, Freak Show is more than just some campy comedy about this cross-dressing boy dealing with the oppression of red state-raised children. It explores what it means to be queer with the type of nuance where, arguably it is sometimes more affecting than the lauded Call Me By Your Name. For it isn’t about coming of age or knowing who you are. Those stories have been overdone. What Freak Show explores is finding a way to be who you are comfortably.

Something which Freak Show doesn’t necessarily lay out a blueprint for, but could possibly inspire hope. For rather than your usual solution of running away to New York, Los Angeles, or another big city, Billy focuses on changing the place which ultimately is his home. All the while accepting, you may not win public approval, but if you can capture people’s hearts, you’ve may not have only guaranteed a bit of your own safety, but that for the future people like you they encounter.

Leading to why the positive label, alongside the recommendation. It is simply because Freak Show pursues a different avenue. Yes, the wicked villain is two dimensional, but Billy’s journey, and the main people who wish to participate, are crafted in such a way to make you understand the difficulties of being openly queer. Not because of the coming out process, or trying to achieve your first time, but just living your truth on a daily basis. Something not really explored enough.

I really hope Lawther as Billy isn’t just something which happens, gets brought up in interviews now and then, but doesn’t receive any real sort of recognition. For truly, in the dozens of queer films which touch theaters, and get some sort of press, this is perhaps one of the better ones. Granted, Billy, like most queer leads, has a certain privilege which affords him his means of expression. However, what his character gets to explore is vastly different from the norm and is addressing the next step that comes after coming out but before seeking a relationship or sexual partner. All of which Lawther, alongside the script and his peers, brings about in a remarkable way.

This movie is the weirdest, in my opinion, I think it’s so brave and honest it’s all true and people are ashamed of but they shouldn’t they should be proud, this movie could change someone’s life.