Wherever I Look
Recaps, Reviews, and So Much More
Home Movies First Match – Recap/ Review (with Spoilers)
Movies

In a complicated father/ daughter relationship, the one thing the dad needs from his daughter and could bring them together could potentially ruin her future.

Table of Contents show
1 Summary
1.1 Question(s) Left Unanswered
2 Highlights
2.1 Father/ Daughter Relations
2.2 The Matches
3 On The Fence
3.1 About The Characters Not Named Darrell or Monique
4 Overall: Positive (Worth Seeing)
5 Follow Wherever I Look on Twitter or Like us on Facebook.
5.1 Stream By Clicking The Link or Image Below
6 First Match | Netflix Official Site
6.1 First Match | Netflix Official Site

Ever since her dad went to prison Monique has been in and out of foster homes and with him out now, she thinks she may get some stability in her life. Maybe things being like they used to be. Problem is, with a record and the only way her dad, Darrell, knowing how to make money is working this lot for a dealer named Juan, what’s he to do? Well, have Monique fight for him, that’s what. Problem is, Monique may have something going for her.

Originally wrestling was just supposed to be a means to get her dad’s attention, especially since he wrestled in high school. However, with her being good at it, this boy Malik pushing these ideas of college and stuff like that, it seems like Monique’s way to true stability. Yet, even with her dad showing some moves and showing up, he is still stuck where he is and, with her mom dead, naturally she’d rather get her dad out of his situation and stay together than once again be apart. So, she tries to handle wrestling and street fighting and keeping her relationship with her father going. However, as it comes to a point when she has to choose, you gotta wonder between her blood family or her foster family, which one will ultimately get her time, efforts, and loyalty? 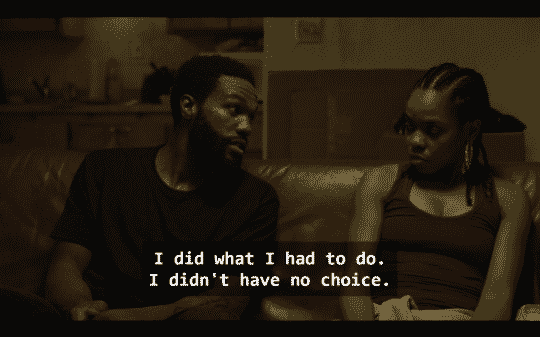 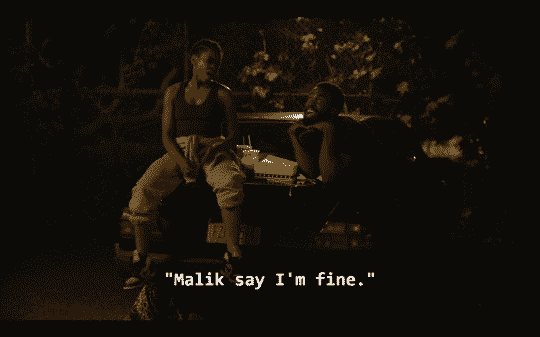 One of the things you don’t see a lot of are Black single fathers, much less a focus on a more complicated Father/ daughter relationship. Especially when it comes to Black people in urban settings. But, the film shows how there is a wealth of stories there for Mo and Darrell’s relationship is so complicated. Whether it is him sticking around after her mother died, husting to keep food on the table, or when he got out of jail, avoiding her.

In that decision, you are left wondering whether it was shame, him wanting to be on his feet first, or trying to start completely over minus her. Yet, seeing her still wanting to inspire him to stick around, show up to her matches, and even do fights so he could have this car wash dream, it is both sweet and heartbreaking.

Especially since the dynamic of Mo and Darrell isn’t all about money and abandonment. It is also Darrell cracking jokes about Mo’s crush on her teammate Malik, him training her and getting as spirited as the coach during games, and even trying to take care of her. I mean, and this kind of shows why their relationship got issues, she is part of the reason he went to jail. So as much as you want to side eye him for his actions, you can kind of understand why, even though he never outright says it, things between him and Mo do get a little testy sometimes. 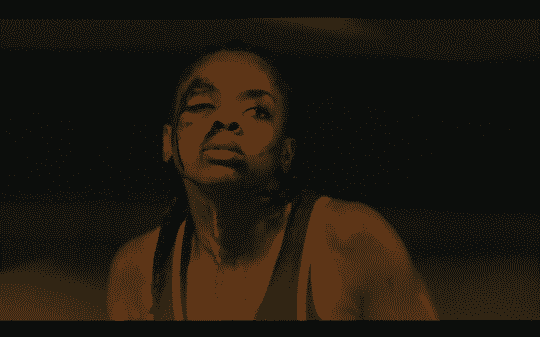 Legit wrestling, not WWE, isn’t something that popularized. Especially when it comes to urban sports movies. Usually it is basketball, football, and things most sports stars are known for. So to watch a sports drama showing technique and people who seem serious about the sport, you have to take note how that might inspire people.

But, to be completely honest, I found myself way more interested in the underground fights. Of which there weren’t many. However, the brutality of them was just jaw-dropping.

About The Characters Not Named Darrell or Monique 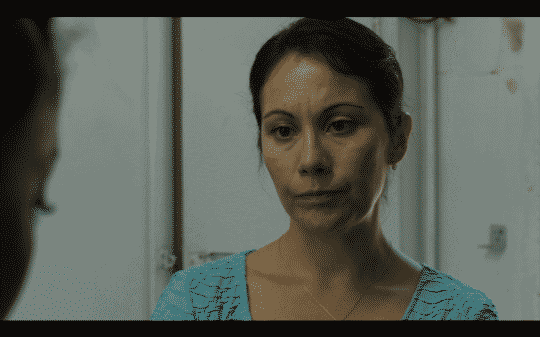 There is something kind of natural yet strange about how the non-lead characters are written. Take Omari, Monique’s best friend, we learn his mom is a stripper and that is pretty much the main thing we learn. Outside of that, it can be assumed he has a crush on Monique, hence the jealousy after something happens with Malik, but the movie doesn’t dig into their relationship too deep. It just provides you just enough for an understanding.

The same goes for Malik and Monique’s foster mom Lucila. You are given barebones information about them and while it isn’t a terrible thing, for what could they really add to Monique’s story? There still is this odd feeling of Malik being summed up with a few facts and Lucila, due to a language barrier, we barely knowing much besides she can’t biologically have children. Again, pushing the idea that all you need is an understanding of how this character relates to Monique, or what they can do for them, vs. them being fleshed out fully as if their life doesn’t revolve around her. 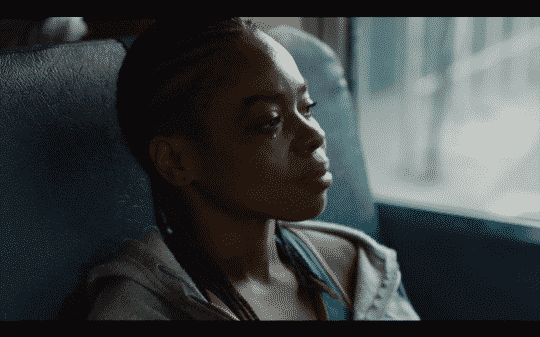 There aren’t a huge amount of urban dramas, in the grand scheme of things, which focus on Black women. Especially without the focus being coming of age and finding romance with mixed results. So with First Match focusing on Monique’s relationship with her father, and how wrestling brought them together and money issues drove them apart, you get something fresh. Something which hopefully will push Elvire Emanuelle’s career forward as well as Yahya Abdul-Mateen II. A tenacious high school girl raised in foster homes in the inner city tries to reconnect with her ex-con father by joining a boys wrestling team.