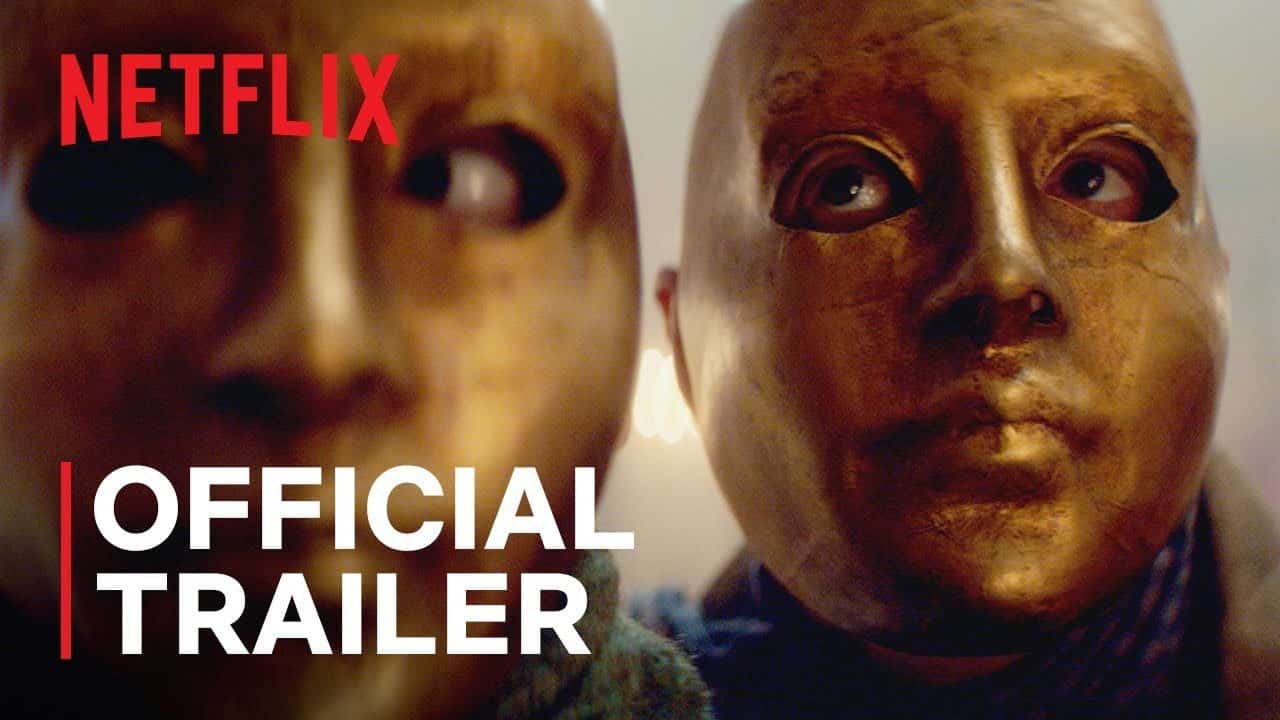 Despite how creepy and seemingly perfect for the season “Cadaver” appears, it fails to live up to what you likely imagined.

After a nuclear event, which has caused a famine, people are starving. Which makes the invitation to a local hotel for dinner something Leo, Jacob, and their daughter Alice just can’t pass up. However, as part of the dinner, there is a show, and the director, Mathais, introduces the program and hands everyone masks. This preludes a rather odd series of events. One that leaves Leo questioning what’s happening as she makes one discovery after another.

Lacks Any Reason To Invest In What’s Going On

The primary issue with “Cadaver” is that it doesn’t have anything to latch onto. Your investment in Leo, Jacob, even little Alice, will be slim to none since they don’t present that special something. Then, when it comes to Mathais, and his crew, as much as this is a mystery, since you don’t know what’s going on, it doesn’t play that up to make you want to be a detective. Then, as the truth is revealed, every bit of it is lackluster. Be it the visuals, how Mathais’ people do things, and it just leaves you watching, waiting, hoping there will be a much-needed twist to turn things around.

However, said twist never comes. Add in you get little to no details about the nuclear event that sets up this whole movie, never mind Mathais’ reason for his play being eye-roll inducing, and it makes watching this to the end immensely frustrating.

“Cadaver” is the classic case of a trailer being far better than the actual film. For while you will be led to believe that in the next scene, the next reveal, the next twist, things could get better, it doesn’t. “Cadaver” remains lukewarm and brings you no reason to stick around out of hopes it could improve.

The way the movie ends is, after discovering Mathais’ plays are about recruiting people to be eaten, Leo planned on exposing him. This almost led to her being killed, but Jacob saves her before he is killed by one of Mathais’ followers. But, in the end, Leo does expose Mathais, and it leads to the latest crop taking him out, and some of his actors, who didn’t know what they were easting, they just thought they were stealing clothes and jewelry to finance their food, rebelling as well.

Also, despite going missing for most of the movie and assumed eaten, Alice appears towards the end. Seemingly, Mathais, who lost his daughter who looks like Alice in a fire, protected her, changed her dress, all so he could live out the fantasy his daughter was still alive. But, in the end, the fantasy ends for Mathais as he is killed and left on a meat hook, and Leo leaves with Alice back into the wasteland of the city. A place where dead bodies rot in the street, but at least it is not as barbaric as the hotel.

Lacks Any Reason To Invest In What's Going On - 65%

"Cadaver" is the classic case of a trailer being far better than the actual film.