Home Movies All Together Now (2020) – Review/Summary (with Spoilers)
Movies

All Together Now will likely cause you to cry, one way or the other.

Amber’s life has been hard lately. It probably began with her dad dying, and now she is just trying to be the light in other people’s world despite the darkness that could potentially suffocate her. However, with blow after blow, her light flickers, and for a moment, it goes out. Leaving you to wonder, as the community she showed love to tries to relight the flame, could she be lost to the darkness?

Like her father before her, Amber loves to write and sing and aspires to get into Carnegie Mellon’s music program. But, alongside that, she likes to interact with people, make them feel seen, and even loved. Amber’s love interest who comes from a well to do family, loves soccer, and usually picks up her and her friends before school. Which, as a reward, gets him breakfast. 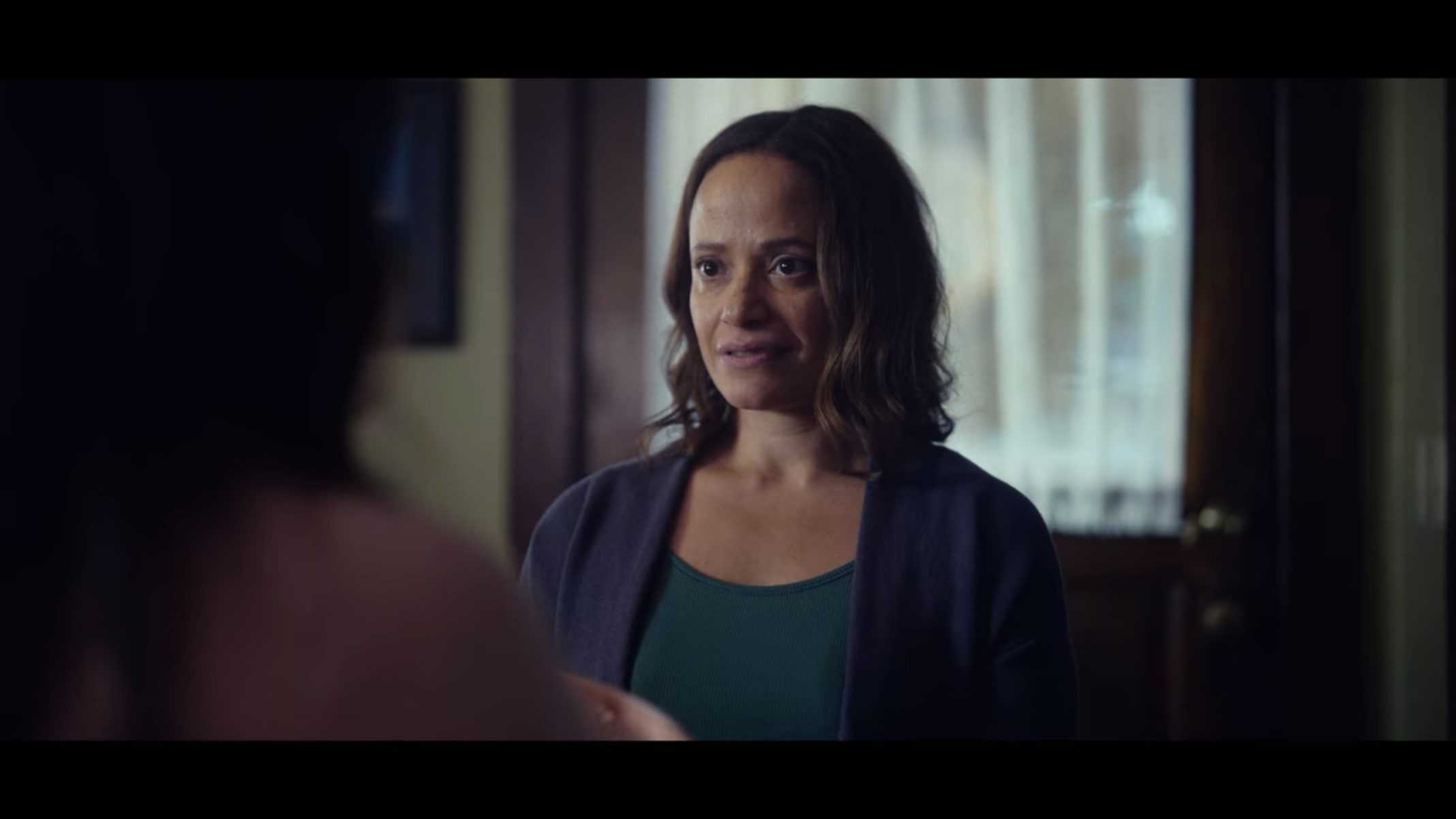 Ricky’s mom, who is a nurse, works the night shift and has a close relationship with Amber. 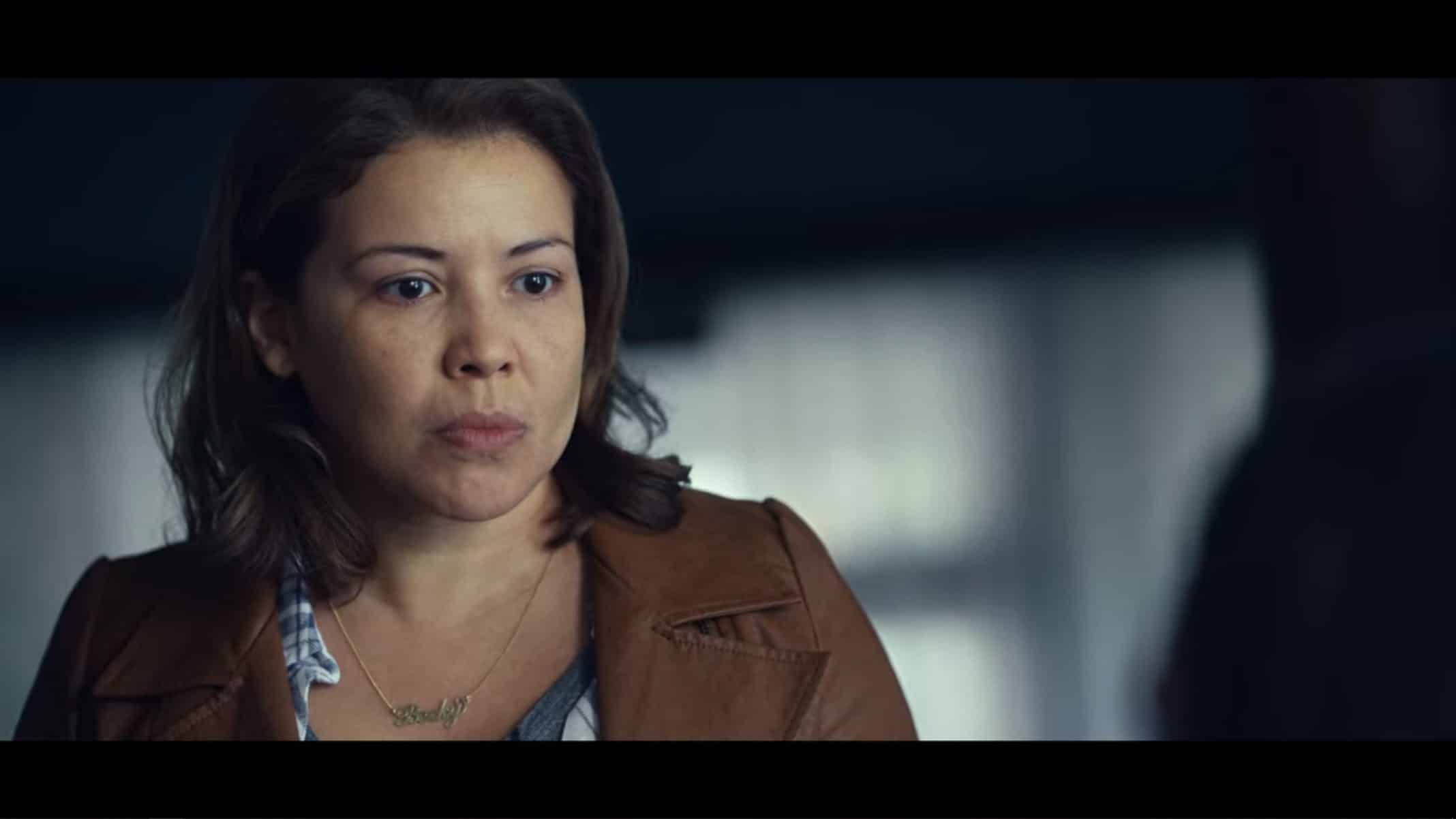 Amber’s mother, who has a bit of a drinking problem, drives a school bus for a living and has an on-again and off-again relationship with a man named Oliver. 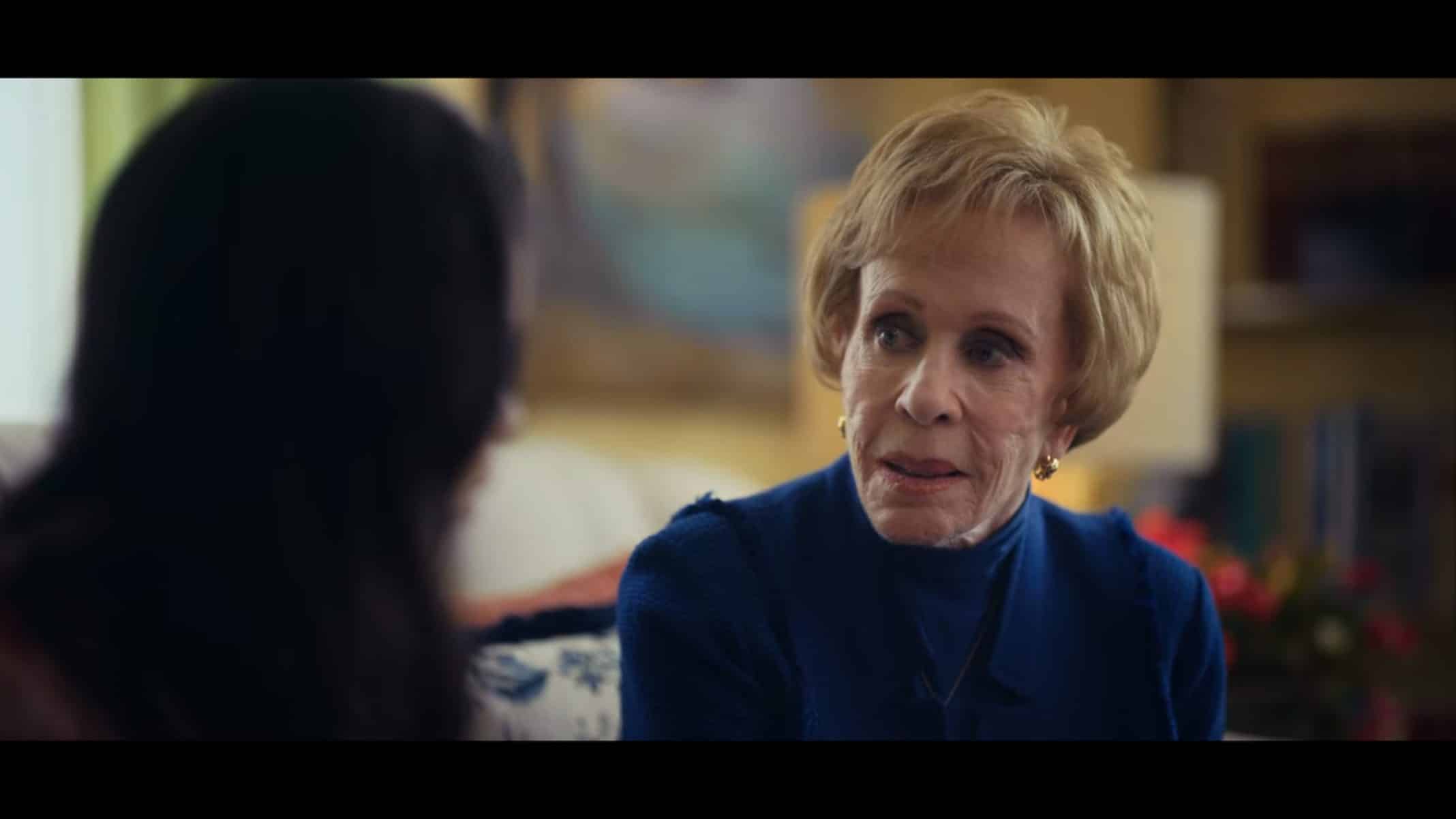 One of the members of the retirement home Amber works at who isn’t fond of many people, but Amber is an exception. Even though it took her some time to get used to Amber’s sunny disposition and how loquacious she is. 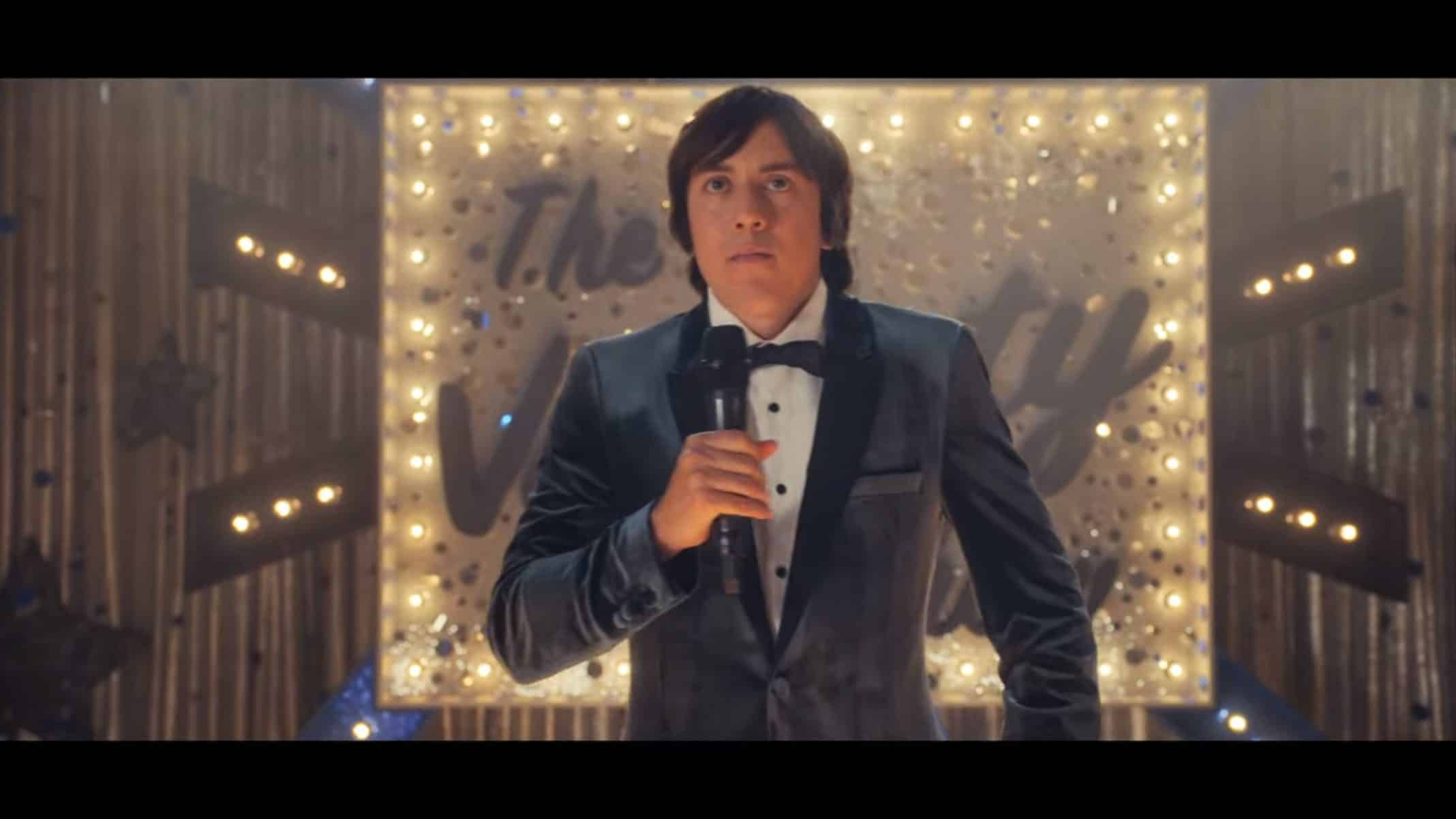 Donna’s son, who usually gets ready for school with the assistance of Amber. Oh, and the man loves a good pun.

When it comes to Disney alumni, you may not think their follow-ups would be some of the dramatic roles we’ve seen from Cravalho. For between this film and the long since cancelled Rise, she has shown that while her general disposition is the smiling princess, that doesn’t mean she can’t churn out some tears. Never mind bring you to a state of crying as well.

And in her performance as Amber, you get a bit of everything and are reminded that while some actors struggle to master one type of role, Cravalho can do most, if not all (we’d need to see her in an action movie to say all). I mean, take note that with Feliz by her side, she makes a wonderful love interest for the way she looks at him allows you to forget we’re not watching two actors perform, but two people interact. Then when it comes to her being this lantern in the darkness, it makes you instantly fall in love with her without it feel cheap.

However, then the drama hits, and while those who may not be familiar with Cravalho’s non-Disney work may not expect much, she will have you feeling emotional. Especially since the movie knows how to hit you hard and when you add in how she plays off her scene partners, be it Feliz, Reyes, or especially Machado, who plays her mother, Becky, you see a star. One who could get by with her singing voice and charm, but clearly wants to be more than the sweet girl you or your kids grew up with.

If there is one major critique that can be made about All Together Now is that it does a disservice to most of its supporting cast. For the most part, they don’t operate outside of Amber’s gravitational pull. For if it isn’t Ty who clearly likes her and tries to be all she could need during a difficult time, it is characters like Joan, played by Carol Burnett, who seem like mannequins who only come to life when she calls upon them to do so.

As for who they are when she isn’t around? We learn little, to nothing, about each character. Some examples include, how did Becky meet Oliver, her current off and on boyfriend, and why is it Amber seems to have no connection to her father’s people and her mother lacks any to her own? In terms of Donna, who Amber has a close relationship to, why is she a single parent, and how long has Amber helped her with her son Ricky? You can then go onto the Hendrix siblings and who they are, especially since they seem to march to the beat of their own drum, but it isn’t sure why?

All together, no pun intended, you are given the vibe this is all about Amber. Be it learning about Ty’s family having a vacation house, Joan not having much family, Amber being Ricky’s best friend, and more, everything is said or done to boost Amber. Thus, it feels as if very little about developing other characters. Even in terms of Becky’s alcoholism, while you must note Machado’s performance, in the end, it just makes you feel bad for Amber.

All Together Now makes for the perfect star vehicle for Auli’i in one of her first, or few, live-action films. However, when it comes to her co-stars, with their development paltry, or information only given in terms of how they can help and support her character Amber, it’s like watching toys come to life because she gives them purpose and once she is gone, they are lifeless and just sit in wait.

Yet, Cravalho’s performance and chemistry with each character allows it to eek a worth seeing rating. After losing her mom thanks to Oliver getting into an accident, Amber is devastated and add in her finding her dog Bobby on the floor in pain, all that joy is sucked out of her. For while she has a place to stay with Donna and Ricky, her dog was the last thing she had. So she foregoes going to her Carnegie Mellon audition and instead takes Bobby to the vet where she learns he needs surgery that costs way more than she has.

So, what does the girl do? She decides it is time to drop out of school, work up to 70 hours a week, and do it all by herself. An idea that doesn’t gain a lot of support, hence why Ty decides to change what Amber’s yearly variety show is about and switch it from being about getting the band a new tuba and instead raising $8,000 for Bobby’s surgery.

However, before the night is over, they raise over $200,000 thanks to Joan. Now, who is Joan? Well, the grumpiest person at the nursing home Amber works at, but despite how gruff she is towards the girl, she does love her company. In fact, Joan says she is the closest thing to family she has, hence her dropping all that money.

Which, alongside getting Bobby his surgery, allows Amber to audition for Carnegie Mellon. Sadly though, we aren’t told if she got in.

Considering Ty and Amber never became official, and we didn’t learn if Amber got into Carnegie Mellon, there is a lot to cover. Never mind us learning more about her parents’ families and seeing her make new friends in college.

All Together Now makes for the perfect star vehicle for Auli'i in one of her first, or few, live-action films. However, when it comes to her co-stars, with their development paltry, or information only given in terms of how they can help and support her character Amber, it's like watching toys come to life because she gives them purpose and once she is gone, they are lifeless and just sit in wait.