A Kid Like Jake focuses less on the subject matter and more on the parents trying to navigate how to raise a kid like Jake.

4-year-old Jake is an imaginative child. Someone who very much enjoys princesses, fairytales, and likes to dress up as them. In his current school, this isn’t much of an issue but with said school no longer part of Greg and Alex’s neighborhood, they have to look for others. Which brings up some of Alex’s issues with how Jake expresses his gender if just because others have issues with it or, in the case of friend Judy, she brings it up as something which is different.

A problem for Alex since Jake is her first child, after multiple miscarriages; her mother Catherine is very critical; Greg is someone who is very calm and doesn’t even argue to defend his wife, and Alex is just unhappy. Especially as people begin to tease Jake, he has troubles with the schools Alex and Greg try to get him into, and Alex gets pregnant again.

Leaving you with a film which is mostly about Alex and her trying to deal with raising a child like Jake, having a husband like Greg, a psychologist, who slightly talks to her the same way he would a patient, alongside friends and family who make Alex feel like maybe she did something wrong.

This isn’t an argument, this is you shitting on me. 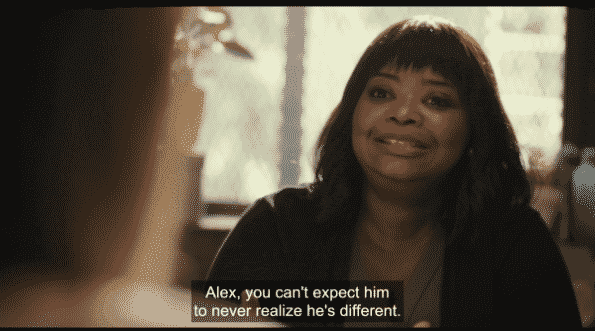 When it comes to LGBT films and productions, the focus is usually on parents who disowned their nearly adult child or love them as a whole. What you don’t get a lot of though is the early years. Trying to navigate is this just a phase, who they are, maybe just because what I’ve introduced them to? A lot of which you see Alex confront towards the end of the movie. Because no one has really found a way to pinpoint what reason, what chemical, or trigger makes it where a child becomes an adult who is gay, bi, trans, gender fluid, and etc.

Which, as noted in the film, while things might not be as bad as they were decades ago, it isn’t all PRIDE parades and acceptance. Tolerance is the best that can be hoped for still and even with people like Alex, who seem fairly accepting, you see the major issues of modern tolerance. It’s one thing when your friend, like Judy, is queer. However, when it is your kid? Totally different thing.

Yet, as Alex pushes the point of, it isn’t necessarily due to homophobia. More so, it is the second-hand issues and the first hand issues you know your kid will go through. No one wants to see their kid bullied, missing out on certain things because other parents aren’t comfortable or some other nonsense. Never mind being questioned as a parent of why you allow this, what did you do or not do, and stuff which may sound like stuff they should accept for they brought a person into a world. However, like having a kid is an experience you have to do to understand, raising one who is different is something you have to do to get.

Heck, even then, it’s all circumstantial for you never know until you know. 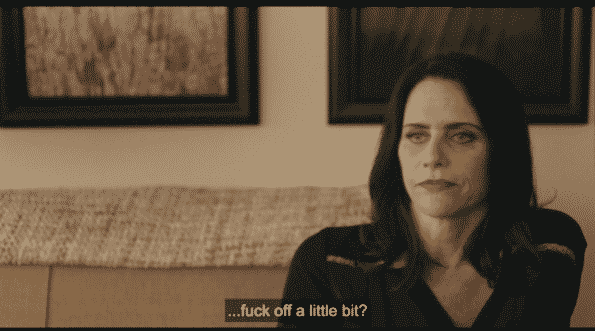 While Sandra was kind of a way to establish Greg as a psychologist, maybe even comment on how his marriage could go, she kind of stole the show a little bit. To the point you kind of wanted to learn what happened between her and her husband. Maybe even see how things were before she went into Greg’s office. Which I can’t say was because of the writing or maybe the actress.

There Might Be A Part Of You That Wished There Was More Show Than Tell, In Terms of Jake

When it comes to the majority of the issues Jake has with other kids, it all is nearly heard from a third party recounting it. We don’t see Jake get called a f*g by another kid. We hear about it happening. When it comes to Jake acting up, we do see him, comically, go back and forth with Alex and say, “Your ideas are lazy!” but you don’t necessarily get Jake’s experience in all this. His voice is all through third parties. Making it where he really doesn’t have much of, or any sort of narrative.

Here is the thing: While the narrative of the parents who are trying to handle a world not ready or accepting of their child isn’t featured much, it’s weird to watch stuff like that play out. Mostly for it pushes this idea the child is a burden and brings a certain need to question whether the issue is the parent’s fear for the child or not liking being inconvenienced by the idea of having to learn and deal with a community, and their issues, that they didn’t have to before.

Which in itself is an interesting thought, but A Kid Like Jake doesn’t go down that road really. It’s about Alex feeling overwhelmed, Greg not being the support she wants, and us wondering if Jake is just exacerbating an issue these two already had. Hence the mixed label for there comes a point where you get a bit disappointed that Jake’s life is a Trojan Horse to Alex’s issues more than about raising a kid like Jake.

When a movie gets pulled from a release schedule or pushed back, it leads you to believe it must be downright horrible. However, About Ray or Three Generations isn’t bad at all. It just, unfortunately, tries to balance out the mother’s personal drama with her trans son.