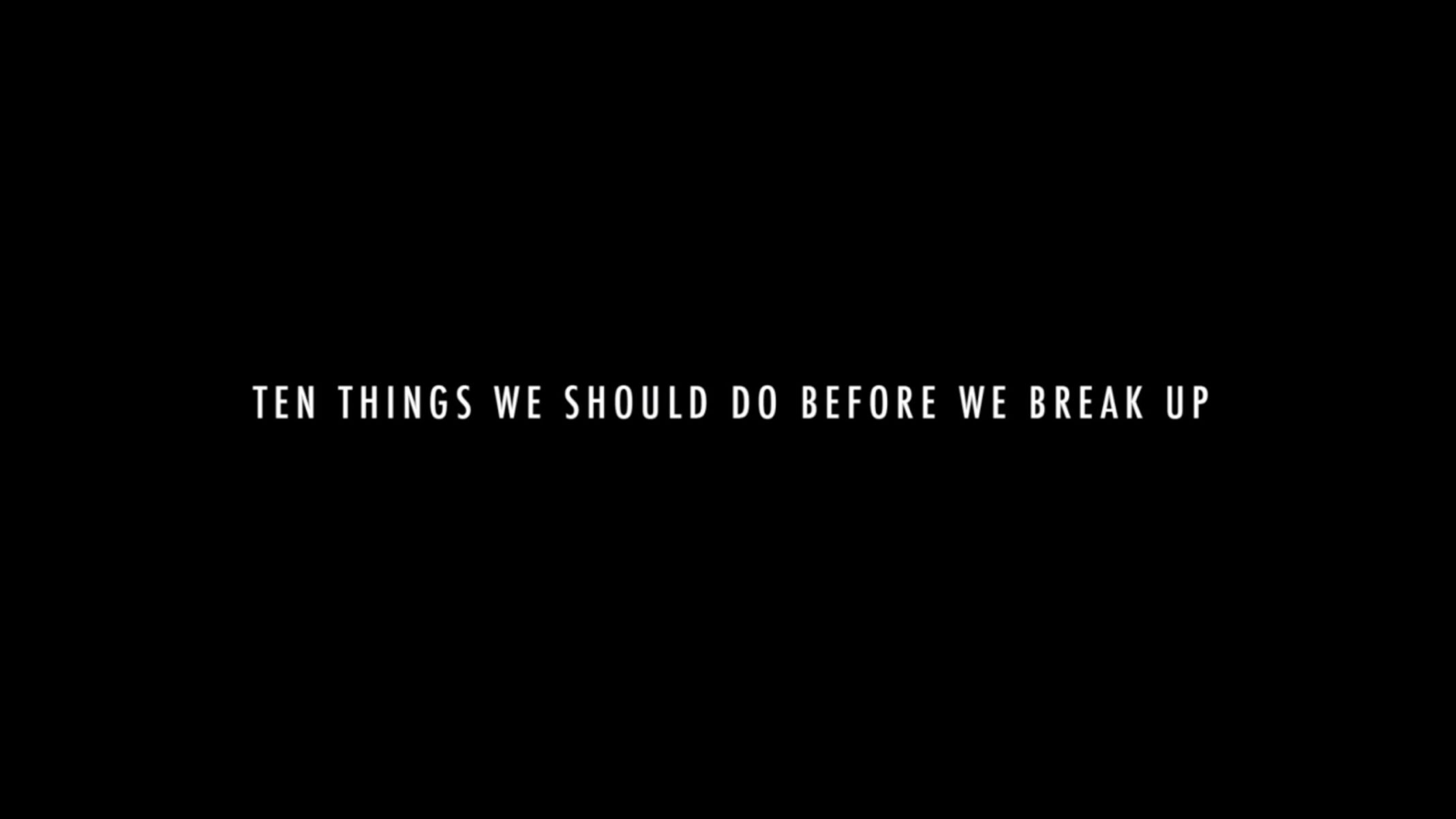 “10 Things We Should Do Before We Break Up” is an odd romantic drama in which a woman mulls an abortion or turning a one night stand into a lifetime commitment.

It isn’t clear how long Abigail has been single, but it is clear to her best friend Kate that she needs to get out and move on from her ex-husband Tim. So, she sets her up on a blind date that ends with Abigail getting pregnant. Which with Abigail having two children, Wallace and Luke, while pro-choice, the idea of having an abortion is hard, even with the concept of having a child with a man she barely knows, who verbalizes why he may not be the best father or partner.

Deciding on an abortion is never easy. While some may think people treat it like you would popping a morning-after pill and that some do it without a second thought, that isn’t the case. It’s a complicated decision, and for Abigail, you see why and how since she has two kids who are happy and healthy. So while she isn’t with their father, she has proven herself able to raise children. Making the concept of aborting one, giving them up for adoption isn’t mentioned, a difficult idea to grasp. Even if Benjamin would be the father.

When Someone Tells You Who They Are, Believe Them

A part of me wants to appreciate Ben being upfront with not being a good guy. Be it his inability to have long term or healthy relationships, or making it clear that fidelity is an issue with him. What adds onto the appreciation is Abigail is put into the know as well. It isn’t us waiting for her to wake up but a recognition she is willingly giving Ben multiple chances.

Heck, take note, from the first meeting, she knew Ben wouldn’t be the best one for her. However, despite that, Kate backtracking, and Wallace not liking Ben, Abigail pressed forward. Which she says was due to the baby, but could be due to her relationship with Tim as well. One that isn’t really fleshed out so you are forced to believe she forgives and ignores the red flags due to a personal need.

This ultimately pushes you to recognize why some stay with a person and have kids with a person, who clearly isn’t a good match for them.

Depending on where you go, “10 Things We Should Do Before We Break Up” might be billed as a comedy, drama, romance, or all three. I can tell you right now, it is not a laugh a minute comedy. Maybe it might be funny to indie crowds in NY and LA, or those with a similar humor to those areas, but otherwise, it is awkward to the point of the jokes feeling way too forced.

As for romance? There will certainly be times you find Abigail and Ben cute. It’s just, then Ben says something which raises a red flag and then you’re reminded that Abigail is being with someone who clearly, even at 38, isn’t ready for anything serious. Of which includes a child. Which often makes the romantic element sputter.

Making it so it is only consistently a drama, but not in terms of exploring thoughts, feelings, and past relationships, but more so due to the fact any and all joy is short-lived. Though, what you expect from a movie that hints to the lead couple breaking up?

“10 Things We Should Do Before We Break Up” is by no means horrible. It’s just if you’re looking for something to make you believe in love or anything like that, this isn’t for you. More so, “10 Things We Should Do Before We Break Up” leans towards making the best of a situation made awkward, ludicrous, if not bad, due to the other person involved. And while the combination of Linklater and Ricci has its moments, I wouldn’t say their chemistry or their characters story dive deep enough into the complexities to make this worth seeing.

The end of “10 Things We Should Do Before We Break Up” is a tad bit strange. Some things are clear, like Abigail has the baby, and makes up with Kate after Abigail says Kate has abortions as a form of birth control. However, Benjamin’s role in the child’s life isn’t clear. The movie ends with a title card that pushes the idea Abigail is raising the child on her own, but she is still friends with Ben, who is doing well. Which leaves you to wonder if he is part of the child’s life and how Abigail feels about him, maybe not co-parenting as Tim does?

There isn’t really anything left to explore. We could see what happened with Benjamin and his parents, or even Tim and Abigail since that isn’t gone into. But none of the characters really drive you to want to see more and for the gaps to be filled in. So a sequel, or even prequel, seems unnecessary.

Being Pro-Choice Doesn't Mean You're Pro-Abortion - 84%

When Someone Tells You Who They Are, Believe Them - 77%

"10 Things We Should Do Before We Break Up" is by no means horrible. It's just if you're looking for something to make you believe in love or anything like that, this isn't for you.