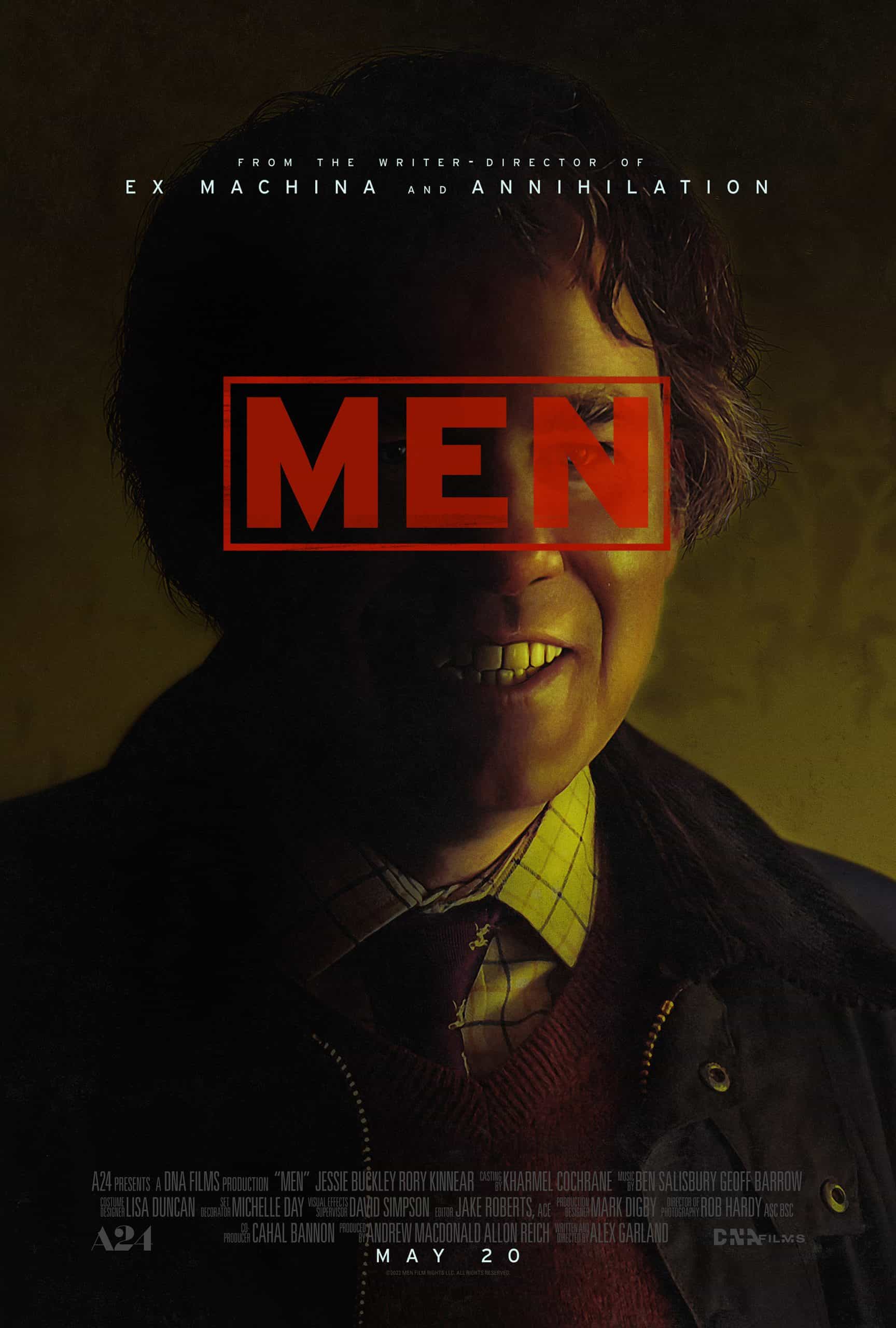 A summary of how Men (2022) ended and whether a prequel or sequel is possible.

Throughout the movie, Harper is gaslit by Rory Kinnear’s various characters. She is pushed to consider she is at fault for James’ suicide, that she should feel guilty for his decision, and you are pushed to think they either have planted a seed or are forcing her to face what she has been avoiding. Hence why the men haunt her, chase her throughout her home like a haunting memory in her brain, and she eventually stops running. The memory wants to be seen, felt, and acknowledged. As we watch Kinnear rebirth himself, through the various characters he has played, you realize their injuries are James’ from when his body landed and got mutilated by a fence, after he leaped from the building.

Now, it is hard to say whether James leaped to his suicide, as threatened, or he slipped after trying to get back into the apartment through the upstairs apartment window after Harper kicked him out. All we know for sure is their marriage turned south, James was going through stuff, and Harper didn’t wish to stick around. But him hitting her was the final straw. She didn’t accept his knee-jerk apology and instead kicked him out, which led to James doing something drastic.

Thus leading to her having to face her final memory of James, and the trauma that caused her, to have any real hope of moving on.

Nope. Once it was revealed the men were a manifestation of Harper’s fears and guilt, that solved the core mystery. Now, as for a prequel chronicling James’ downfall and Harper trying to be a partner to him? That could be possible. A lot of movies go into the aftermath, maybe a flashback to the hard times, but showing the build-up to James’ mental break and answering the question of whether he jumped or not could be interesting.

Granted, Alex Garland has yet to do a sequel, never mind a prequel, so the chance of this is low but is worth noting.