After the events of the last episode, bad turns worse as the US spirals, the world heads towards authoritarianism, and yet another crisis.

The Bad News Is: Bethany, Celeste

From Mike Pence winning the 2024 election, Vladimir Putin becoming president for life, as well as Xi Jinping, things aren’t looking good. Of course, automation and the world trying to put America under sanctions isn’t helping either since that just makes the US more radical and to the right. Yet, not everyone is a major catastrophe. Some things are minor like Bethany getting a skin implant which allows her to use her right hand like a telephone and use the left wrist as a speaker. Something that, of course, shocks Celeste a bit but it isn’t like Bethany didn’t announce she was transhuman years ago. So what is making herself into a machine but taking the first steps? Plus, considering the implants are charged with motion, they are rather green – aren’t they?

It is strange times for everyone. So strange that, despite their differences, Muriel and Celeste bury the hatchet – without one of Muriel’s grandkids, or great-grandchildren pushing for it. Though, on top of that, we learn that while Muriel may not be politically correct, she is rather accepting. This is shown by her letting Viktor know his parents were trash for what they did to him, and she cares for him. Not to the point of hugging, she doesn’t necessarily want one, but in the year or so since Viktor has came about, she has grown fond of him.

Pushing the need to question what happened with Ralph, right? Well, he and Daniel are still married and being replaced has left Ralph bitter. So Bitter that he ends up causing Viktor to be deported. 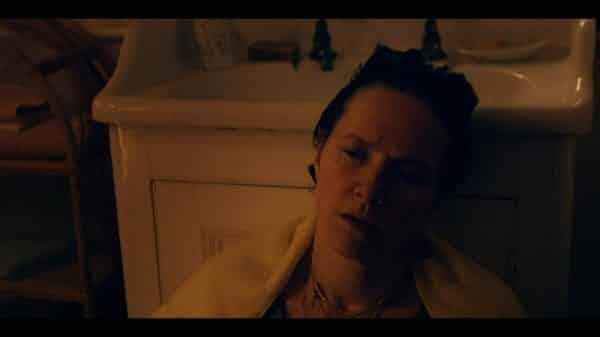 But, on a semi-positive note, Edith returns from venturing around the world, and while she may only live for 10 to 20 years, due to radiation exposure, everyone is happy for her return.

Being that Stephen was a financial advisor, and Celeste, an accountant, they did well, and some felt that held that over the family. However, due to the sanctions, and how America was continuously going to the right, the financial market crashed, and that meant major things for Celeste and Stephen. Specifically, they lose 1,135,000 pounds and end up homeless. Well, forced to live with Muriel, in her dilapidated home, but essentially homeless.

Though, on what could be seen as a positive tip, Vivienne wins an election to become MP after the last one is decapitated.

This Is Such A Good Horror 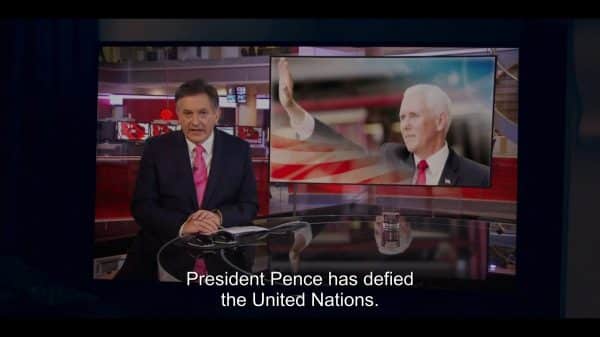 From Mike Pence becoming the US president, the US going further to the right, Putin and Jinping becoming presidents for like, already things were scary. However, then you throw in automation, the threat of nuclear weapons being used, and financial institutions collapsing, and it makes this scarier than any serial killer you can think of. For there are only hundreds, if not thousands of them. That is compared to the hundred or less who could make all that this show predicts a reality. Non-counting the voters who put and keep these men in power.

Rosie’s Conversation With Edith About Being “Fixed”

In the show Switched at Birth, there are deaf characters and the topic of being “fixed,” in the form of getting a hearing aid, among other things, is brought up. Yet, despite how atypical people would feel, there is this sense of community and love of what many call a disability that makes it so the idea of being “fixed” is preposterous.

That is also seen in Years and Years for, as you can imagine, if Bethany can get implants which makes it so her body can be a phone, and get good reception, of course Rosie could be given the ability to walk. However, like in Switched at Birth, the idea is rejected. It isn’t even fathomed since, as noted in the premiere, nothing about Rosie using a wheelchair is made to seem like it hinders her. It is treated like her having a certain color hair or eyes. It makes her different, yes, but isn’t something to make a big deal about. 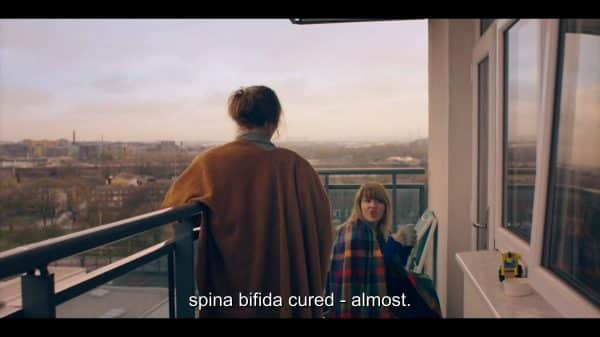 While Edith is definitely a fool for doing so, you have to respect how she risked her life for her activism. To show the extent of what America did, within months of the nuclear bombing, she shaved off decades of her life. Yet, another thing you have to appreciate is that, when she realizes she lost and the cause isn’t worth fighting for anymore, she is pro watching the world burn.

For, when you think about it, what is the appropriate response to time going by and all the warnings falling on deaf ears? Fighting to the last breath, since you are suffocating? PSH! Why? At this point, while there is no reason to become part of the problem, you minas well enjoy seeing the world get destroyed. Especially since, all things considered, Edith probably shortened her lifespan knowing it was too late to turn things around.

It Makes You Want A International Version

This show creates scenarios that makes you wish it was part of a larger universe. One which had a version set in America, China, Russia, Germany perhaps, and walked you through the plateau and possibly decline of each country as the world becomes more nationalist and radical. Something that can’t be said for a lot of shows. Even programs like Handmaid’s Tale don’t necessarily push you to wonder what is going on in different parts of the world. You just wonder why are they allowing this to happen? Be it the revolutionaries overthrowing the government or, post exposure, the enslavement of women? 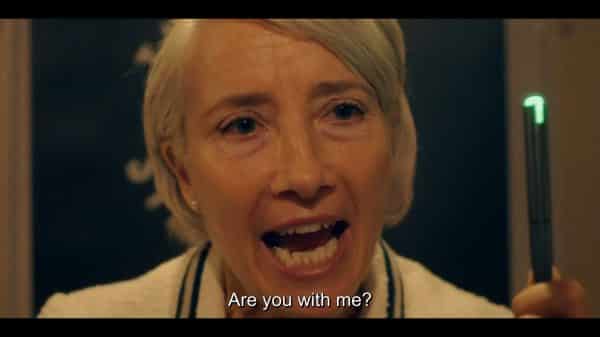 Rosie’s Conversation With Edith About Being “Fixed” - 86%

It Makes You Want A International Version - 90%