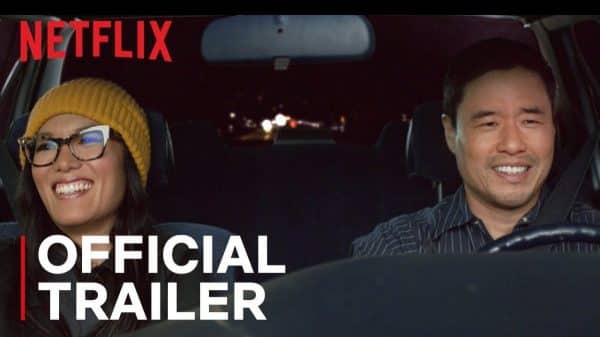 Always Be My Maybe is definitely longer than it should be, but that doesn’t take away from the light comedy, cute romance, and moments which may make you tear up.

Always Be My Maybe Plot Summary

From around 1996 to around 2003, Sasha and Marcus were inseparable. Thanks to Sasha’s parents working around the clock to put a roof over her head, she often went next door to Marcus’ not just to see him, but vicariously experience what it would be like to have a family. Yet, after a tragic accident in 2003, they stopped seeing one another for 16 years.

However, thanks to Veronica, Sasha’s assistant once she becomes a big name chef, the two reconnect. Leading to a bit of stumbling to get back into the groove of a friendship, and them remembering what ended their relationship the last time. Which, pretty much, is all Marcus’ fault because, on top of being insecure, he lacks drive. Yet, as he is faced with losing Sasha again, so comes the question if he will step up, and will he do so before another man recognize Sasha value as a partner?

I don’t need you to live my life, but I need you to understand that this is my life.
— Sasha

When it comes to the main thing you’re likely watching this for, a cute romance movie, the film is ace. Wong and Randall may not have that hot and lustful chemistry, but that’s kind of their appeal. With showing them go from kids to adults, we see that long term, Love & Basketball type of chemistry. The kind where you aren’t dating a stranger who became your lover, but a friend who, for better or worse, loves you since you mean more to them in life than the damage a few stumbles can do.

Like, take how terrible of a person Marcus can be, being that Sasha was raised with him, while you may never fully forgive him, you can see why she puts up with his insecurities. For like any guy in a romance movie, it is his grand gestures, and the good times which make up for the mean things said and done.

There are multiple times in the movie it seemed Michelle Buteau could have stolen this movie if she was given just a bit more screen time. I mean, she is at that point where you have to question why is she playing a smidge above a bit part and isn’t in a lead role yet? And I don’t mean like being in an ensemble, as we’ll see in The First Wives Club, but her being the lead at a Rebel Wilson, Amy Schumer, etc. type level. Meaning she is front and center, the only one on the poster, and getting to be 100% her brand – unfiltered.

The Fact Sasha Apologizes – At All

You know how most romance movies try to make it seem both sides are kind of in the wrong? Yeah, this movie doesn’t do that. Sasha is ambitious, and Marcus is not. Which could be argued was caused by his mom dying. However, more than a decade since that happened, it doesn’t excuse what an ass**** Marcus is throughout the movie. And what makes this worse is Sasha knows he is an ass**** but it seems like, since she has dated worse ass****s than him, it makes it almost seem like she is settling at times. Which makes the fact she presents any sort of apology for having a career, wanting a family, and someone to share her life with strange.

After A Certain Point, You Will Be Feeling Like This Overstays Its Welcome

You know how Keanu Reeves is part of the trailer? Pretty much, by the time he shows up, you’ll begin checking how much time is left in this movie. For Reeves’ appearance seems like it is meant to be an adrenaline shot, since he is so weird that sometimes he veers into funny. However, it more so becomes stunt casting and makes what you know is inevitable feel prolonged beyond what it should be.

It Grazes Over Certain Dramatic Storylines

Yet, I will say, as Sasha is trying to deal with her parents being absent, Marcus’ criticisms, and things like that, you do see storylines which could lead to a rebound. That is, alongside Marcus dealing with the fact he is scared to live life and leave his comfort zone, out of fear. However, this film doesn’t get that deep. Sasha’s parents not being around is just meant to set up her relationship to Marcus, and while she confronts her parents, they don’t have a real heart to heart what so ever. Then with Marcus, his dad gives him a bit of a generic talk about moving on, and that’s it. Thus making what could have been a series of deep moments into a shallow kiddie pool.

While Always Be My Maybe has a cute romance at the core of it, and Michelle Buteau is someone who needs to be given the opportunity she deserves, the rest of it ranges from meh to slightly disappointing. For if it isn’t trying to criticize Sasha for wanting a relationship, and making it seem she is part of the reason her and Marcus had difficult times, it is this movie feeling longer than it should be. Add in us knowing the root of both Marcus and Sasha’s problems, but neither confronting it in a meaningful way, and you end up with a film which is okay but could have been better. Hence the mixed label.

After A Certain Point, You Will Be Feeling Like This Overstays Its Welcome - 70%

It Grazes Over Certain Dramatic Storylines - 75%