Home TV Series We Are Who We Are: Season 1/ Episode 7 “Right here, right now #7” – Recap/ Review (with Spoilers)
TV Series

After a tragedy, the group begins to unravel, and with that comes a few secrets slipping out and people revealing their true selves.

Craig is dead. Sorry to just put it out there like that, but you knew, right? The question is, why? Well, on the most basic level, everyone blames Sarah for she didn’t give the boys their 90 days to get properly trained, amped up, and instead, she sent them out early.

Due to that, you can see Jenny pull away from Maggie, and Richard shows his whole ass. However, as for the specific reason? It is because the robots responsible for scanning the road didn’t pick up there were IEDs, and the engineers didn’t clear the road properly. Because of that, Craig died a rather gruesome death – with pictures shown in the episode.

As you can imagine, Craig’s death hits hard. He was Sam’s biological brother, Danny’s closest friend, Valentina’s husband, making him Enrico’s brother in law, and Britney and Caitlin were close to him too. However, with Fraser’s association with Sarah, they don’t want him around when it comes to doing anything to memorialze Craig.

Plus, considering Fraser never really integrated into the group, he just was brought in by Britney, latched onto Caitlin, then developed only a relationship with her, what do you expect? Never mind, to this day, Sam hates him for taking his place in Caitlin’s life. In fact! He questions whether or not Caitlin had sex with Fraser and after it being clear he hasn’t, he goes to make out with her despite Britney being his girlfriend! If not, assuming she was. Either way, Caitlin looks at Britney while Craig is sucking on her neck just as Britney looked at her the last time they partied in the Russian house.

A place that, honestly, everyone but Caitlin pretty much trashes. Danny has this thing with hitting stuff, and we learn he is possibly having a full-on affair with Valentina. Enrico and Britney push a giant piano through a glass window, and did we mention the drugs? Yeah, from Enrico, Sam and Danny take a bump, and Danny gets all the way messed up. This leads to, after leaving Sam in the room, Caitlin calling Fraser because she needs to be picked up, and her brother.

When dropping off the kids, Sarah has a short chat with Jenny, which implies she knows something and how they need to focus on their own family. Mind you, Jenny was trying to be friendly, but Sarah, as subtle as possible, felt the need to check her. This is followed by Sarah outright telling Maggie she wants that affair to end, and us finding out this likely isn’t the first entanglement that has been in their marriage.

But to take things further, there are discussions about having Richard’s family reassigned because, between the affair, Richard showing his ass, and Maggie thinking Caitlin may not be good for Fraser, there is beef. Though it should be noted, Caitlin is only a part of this due to her shrugging off Sarah and Fraser being found on the floor, clearly drunk, asking about his father.

Someone who we actually learn a little something about! First off, he might be dead, or at the very least, doesn’t have any part in Fraser’s life. Following that, we learn he was in the military and was a mechanic that worked on planes. Mind you, this information all comes from Maggie, who, with being open and honest, gets love and a hug from Fraser. A possible salve after being reminded by Jenny how she isn’t a mother and forced back into an isolated position. 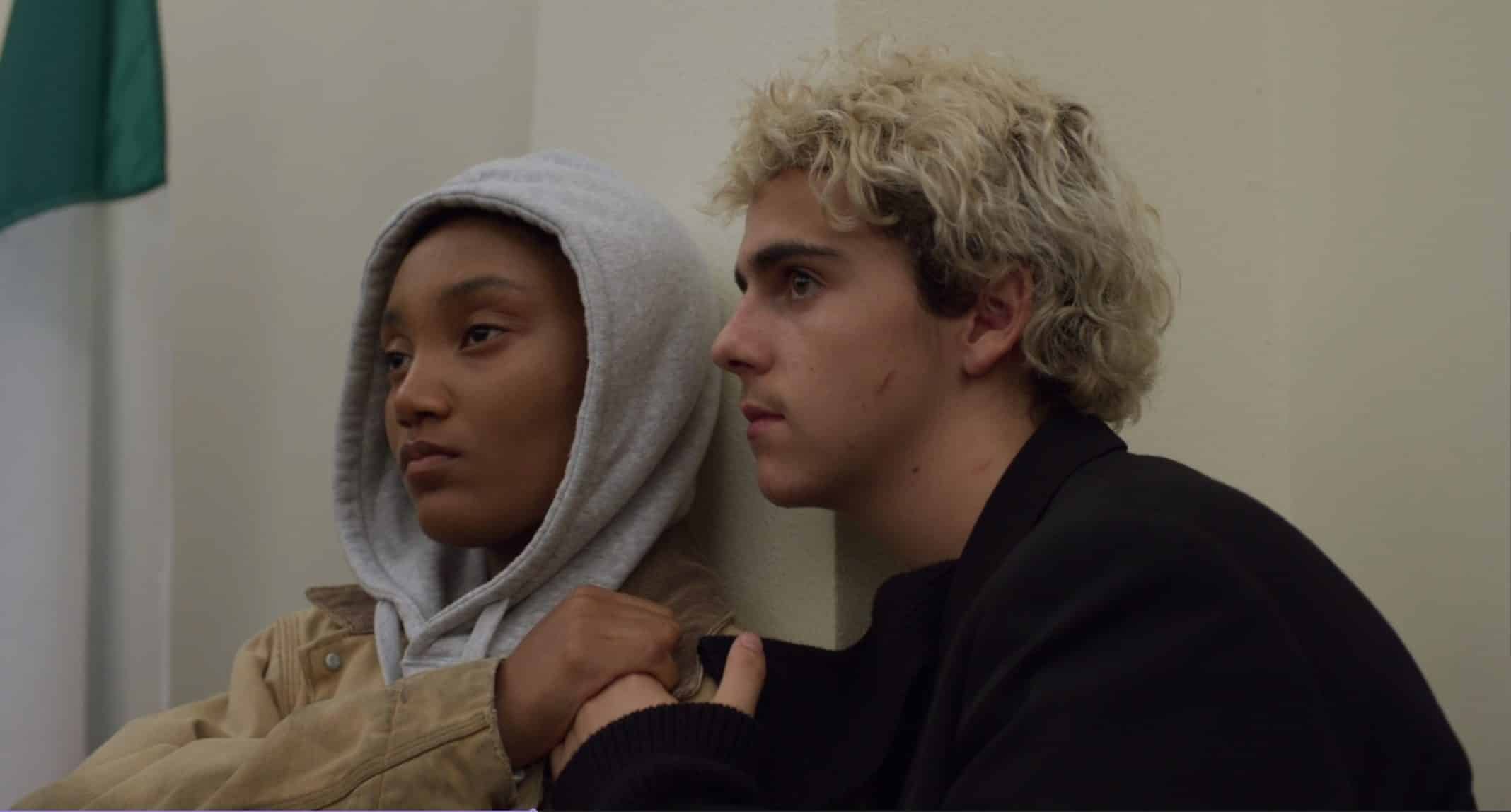 After learning soldiers died, three in total, but specifically Craig, Fraser shows himself to be callous by talking about how mangled bodies are handled. This, as you can imagine, is in bad taste and rubs Caitlin the wrong way, and Fraser knows it. However, he keeps pushing, and so she slaps him. Granted, she is with him later during Sarah’s event, but the fact she slapped him shows that there are limits to how much she can take from Fraser.

To us, that was an important moment because it helps you understand that her relationship with Fraser isn’t without issues. She doesn’t forgive and smooth over everything he says or does. When he is wrong, she is willing and able to hit him. Now, I must admit, I was wondering if he would hit her back considering his relationship with Sarah, but considering how stunned he was left, it makes me wonder if that is the first time he was hit in a while – if ever.

Then, when it comes to Sarah, I think you can see Caitlin reeling back not only due to the situation with Craig but also Sarah becoming too pushy. If not also her dad being there and feeling maybe she was getting put in the middle of their drama. And while she likes the help and encouragement, she doesn’t want to be a pawn in whatever issues they have.

There is always this push and pull with Richard that is frustrating. His connection to Caitlin, when he saw her as just a tomboy, was beautiful but then tarnished with him being a Trump supporter. Then you have his relationship with his men, like Craig, but then his misogyny and utter disrespect being made apparent during Sarah’s speech and thereafter. Yet, there is his relationship with Jenny which is far from perfect, but there is this sign he truly loves her. It’s just he doesn’t know how to love who she, or Caitlin, have become, and having to learn to love them again is a struggle. One which is understandable since they are becoming someone beyond who he envisioned them as.

Trying To Get Into Danny’s Storyline

There is still this disconnect when it comes to Danny. His faith and heritage have existed as a B-line storyline and still feels like he has never been properly focused on. Thus his journey to Allah and even his destructive tendencies, while you get why they happen, there isn’t the proper setup to care about what’s happening.

Sam and Britney’s key problem is their lives, similar to Danny’s, don’t have the focus they need to have. Sam hasn’t really evolved beyond being Caitlin’s ex and even with Craig’s death, him being Craig’s brother wasn’t something really driven home to me. Heck, if it wasn’t for the cast interviews preceding the show, I wouldn’t have known they were related to probably this episode.

Then with Britney, is she not a missed opportunity? She is outgoing, can sing, her dad works in the medical area, and was initially Fraser’s first friend and had her eye on him. Yet, once Caitlin took an interest in him, she dropped that friendship entirely, likely to pursue Sam, and has been relegated to chasing after him, and apparently being a placeholder, ever since.

As Maggie said, lest we forget, Jonathan is a grown-ass man who, for some reason, has a desire to entertain a teenager. One who may try to see wiser beyond his years, but that façade never keeps up. But, while things were weird during what Fraser slipped and called a date, Jonathan trying to dig into Marta’s ass, make out with her, as Fraser is in between them, and then possibly kiss on him? Can we just say this makes Jonathan all kinds of creepy?

I mean, after Jonathan being a little too chill with this kid seeing his penis multiple times, maybe this red flag should have been higher before. But now I think there is a real need to understand, while Maggie might be an outsider, it seems her perception might be far more clear than Sarah’s right now. Who may want a male figure for Fraser’s life, but maybe that Mark person would be a better idea than Jonathan – who could be a pedophile. 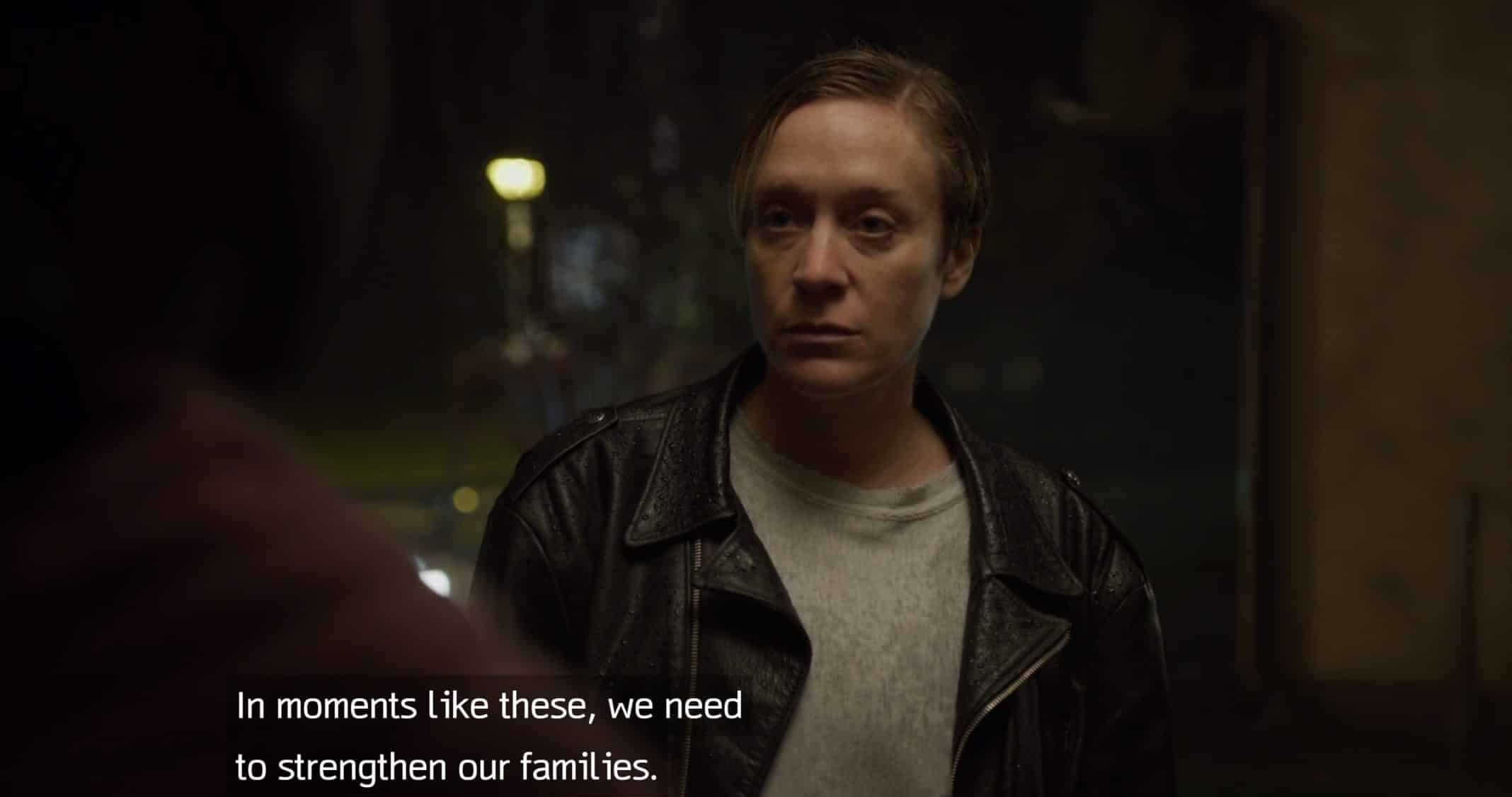 As with Richard, a part of me feels that Maggie being noted as a serial cheater was solely to take her down a notch. To make it so you can’t point the finger at Sarah and want to blame her for Maggie’s cheating but make it solely a Maggie thing. Yet, in doing so, and us not getting to really see Maggie’s side to it, you once again feel like they aren’t giving layers or nuance to anyone but Fraser and Caitlin.

Now, one could submit the reason you are left feeling this way is because the show may operate from Caitlin and Fraser’s point of view. So, how can the audience know what they don’t know? But if that is how we’re operating, so comes the question of why? Are we to see nearly everyone as supporting characters, and there only being two leads? Is this not an ensemble?

Forgive me if I’m missing something, but considering the lives presented to us, not getting the whole story often feels like we’re getting cheated.