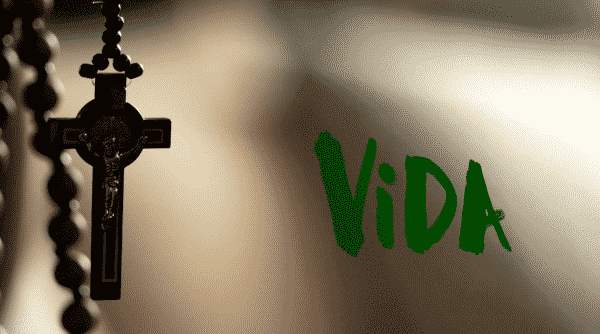 As Lyn and Emma start planting roots, Eddy continues to try to break through to the girls and form some sort of family. Also, Mari and Emma have a conversation.

I’m Not Going To Fight No More: Karla, Johnny, Lyn

Karla is done. If Johnny and Lyn are star-crossed lovers meant to be and she is just an obstacle? Well, she isn’t going to fight it. She’ll raise the kid on her own and, being who Johnny is, it is assumed he’ll support it. As for their relationship, it is over and no sooner does Johnny hear this does he run to Vida’s apartment to see Lyn.

Leading to them making it official.

“I can’t fight you for him”

You know Lyn is going to mess this up somehow right? She got what she wants and it seems she is the type who, once the chase and challenge is over, she gets bored. Plus, we see the life Lyn wants. She wants to be an eccentric housewife to someone who can afford her hobbies. Johnny can’t provide that on a mechanic salary and, arguably, between settling or maturing, Lyn isn’t at the place she needs to be to love Johnny as a whole. As the man she physically and emotionally loves, but also accept his finances.

Which does lead to the question of how Johnny feels about Lyn kind of being a bum. Yes, she is cute and keeps herself up, not to mention is very flexible, but what does she bring outside of that really? What makes their relationship good beyond physical attraction? Hopefully, if they stay together, we’ll see that soon.

Dealing With Things In My Own Way: Emma, Eddy, Mari

Eddy and Emma continue to butt heads. If it isn’t over how to mourn Vida it is about Emma not speaking with Eddy on stuff like raising people’s rent. Yet, Eddy wants things to be good. She even lets Emma use her car for the day. Something she uses to get out of the bar, get some peace of mind, and also avoid anyone talking about Cruz or dealing with her feelings towards her.

In fact, she tries to get her own place but with Mari picking a fight, she gets just that. But that fight perhaps is what the two have long needed to have to develop an understanding. For even if Mari knows the girls are from the neighborhood, she likes to present them as the problem. Lyn is why Johnny cheated on Karla, Emma is changing things for the worse and that’s not true.

Johnny is responsible for where Johnny’s penis goes and as for Emma? She’s doing the best with what she got. But what really breaks through to Mari is seeing Emma’s confidence in her scarred-up legs, from her tomboy days, and hearing about how mean her grandmother was. Hence the ice queen look. Though what perhaps seals the deal and leads to maybe, just maybe Mari coming to an understanding with Emma, is when she bails her out. Yup, that fight led to an arrest and the reason these two were talking was because they were put in the same holding cell.

Though the experience was humbling for Mari, who has had the absolute worse opinion of Emma, it was humbling for Emma too. Despite how well dress and spoken she was, that tomboy popped up and that white woman’s phone couldn’t dial 911 fast enough. But, it is also a reminder of how the fear of white women, legit or otherwise, leads to even women of color ending up in messed up situations which have nothing to deal with them.

Refocusing on Mari and Emma, you have to appreciate how Emma kind of gave Mari a big sister vibe. Helped her kind of accept her scars and made them out to be badass. Much less, her calling out Mari for slut shaming really threw a monkey wrench into Mari’s activism. Making it where she was open to receiving more information since it seemed she got Emma might not be what she thought she was. That maybe she wasn’t this evil force and while not a role model in general, there are certain aspects of her to look at in a positive light.

After all, Mari is all passion and we don’t see anyone but her friend really providing any direction. So the short time with Emma, perhaps one of the few women, as in grown women, who have had a real conversation with Mari in a while, it was influential. Pushing you to hope this isn’t the first and last constructive conversation they have.

Taking Back My Power: Mari, Tlaloc

No matter how you look at it, something about that Emma conversation made Mari feel empowered. So despite the embarrassment of that video, she goes to the meeting, she avoided for quite some time, and speaks. In fact, she challenges Tlaloc and takes a leadership role in the meeting. One which has her protest, by vote, beat his. Something we don’t see much of a reaction from Tlaloc about but it ain’t like he is smiling and enjoying her participation either.

Yo! What is Tlaloc making that video was all about trying to take down Mari who he saw as a threat to his leadership! Because, just him walking up to be in her video and then him recording her giving him head, those were power moves. He wanted to lift himself up as an activist and take her influence from her. Diminish her position for you know how people are. Even if you mean well for the community, anything not going well in your personal life is going to be picked over by the jealous or cautious. It presents an Achilles heel.

But you have to love that Mari decided she has nothing to be ashamed about. She can be an activist that is willing, may even enjoy, giving head. Doesn’t necessarily want to be tapped but it wasn’t like she consented to that anyway. She met a guy she liked, he asked, she was cool with it and that was that. It won’t happen with him again but that scar is in the past and she has learned better. So now it is time to get back to work against the gentrifiers.

With that said, I wonder if Tlaloc is going to fall in line, start apologizing all over, or something else. While he was leaning, as the vote happened, he was looking saucy and low-key upset. So let’s see if he says or does something petty.

Scars are maps of who you are.