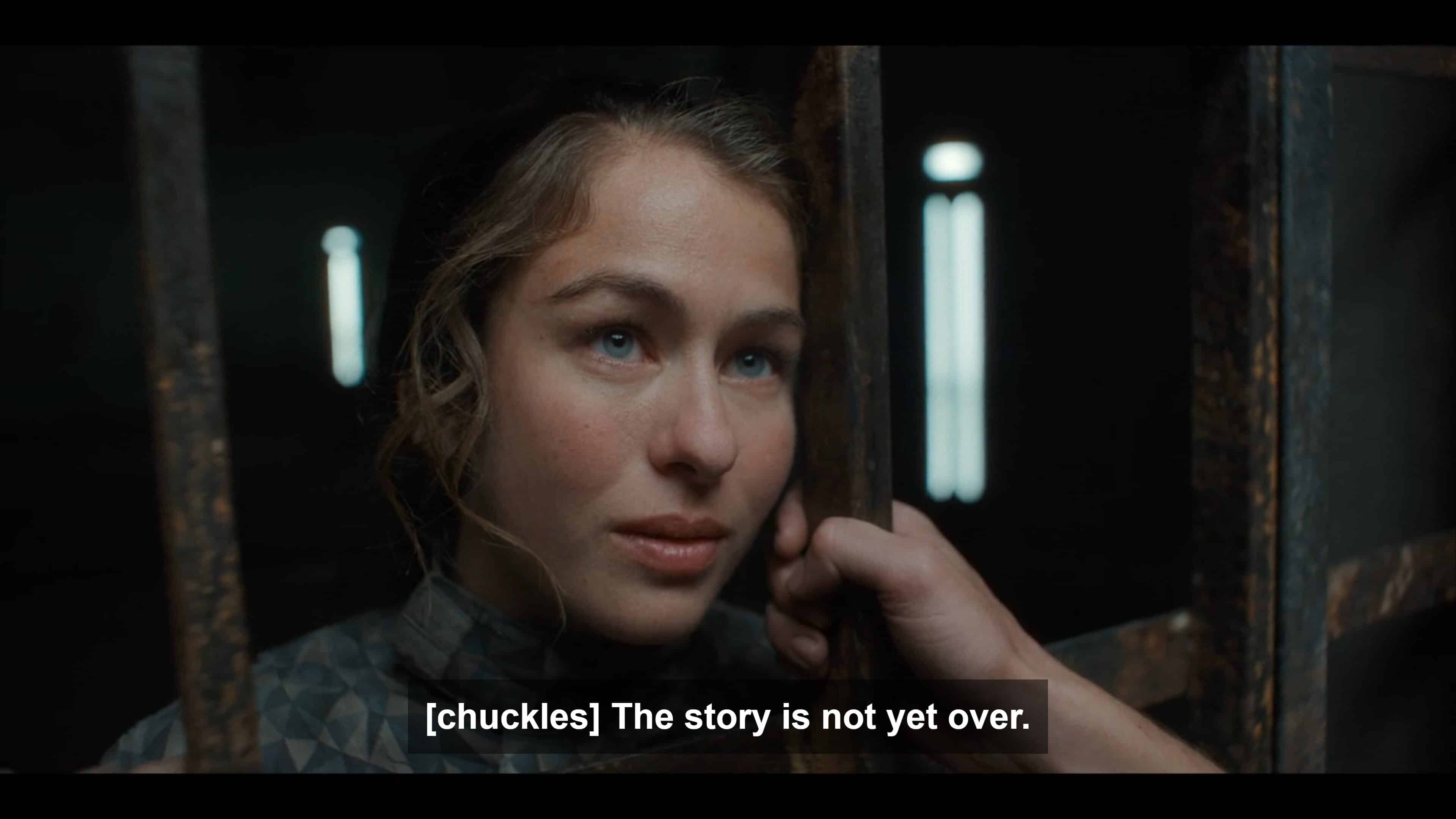 Liv: The story is not yet over

As Liv once again is forced to choose a side, Kiano tries to prove his worthiness to become a crow, and Elja discovers the Atlantian cube is capable of far more than producing 3D images.

Where Do Your Loyalties Lie? – Father, Liv, David

Liv’s quest to save her family has shown she is more an opportunist than a loyalist. David could have easily been screwed over if Liv trusted Grieta, and David ends up screwed over once it is clear Father would help Liv save her family. So rather than poison him, give him a heart attack, which would save David’s life and potentially allow for David’s plan to be revived, she leaves him hanging. Potentially in a literal sense.

What Have You Been Hiding? – Elja, Moses, Bracker

With Elja fearful he may not fulfill his mission, he pushes Moses to be as reckless as he is known to be, and Moses gives in. But, in doing so, while they get their hands back on the cube, Moses also learns Elja’s true intentions. Which, lucky for Elja, Moses is down for the adventures and Bracker, well with seeing what the Asian characters in the last episode warned Elja and Moses about, he is cool with Elja and Moses taking back the cube. All he wants to know, if Elja makes it to the Ark, is what caused Black December?

But, perhaps the more interesting thing we learn, beyond what this far east threat is, is that the cube can do more than project this 3D image we’ve seen. It has a navigation mode and even can turn into a weapon! One that certainly lives up to the hype Kapitan and others have given it.

Crows Aren’t Built In A Day, But They Do Die In A Instant – Kapitan, Varvara, Kiano, Jakob

Kiano’s goal of becoming a crow remains delayed due to Varvara not having much interest in giving up her slave. Well, at least on the surface, that seems to be the issue. However, it could be because he is making her feel things. Case in point, after learning she won’t be a high lord due to Kapitan getting nothing major from her retrieval of the Atlantian ship, she is in an emotional place that leads to Kiano wanting to console her. Said act leads her to lash out at him and then kill Dewiat.

Why? Well, emotions are considered a weakness. Fear of death is not the Crow way and, seemingly, love? That emotion? Is seen just as worthless. Yet, with Kiano repeatedly trying to prove himself, it seems Varvara might want her lover to become a warrior, and with him defeating his fear of death, he may just get trained by one of Kapitan’s greatest. Making it so he may not have to steal moments with Jakob but perhaps could one day free him.

The Cube Being Utilized More Than Ever 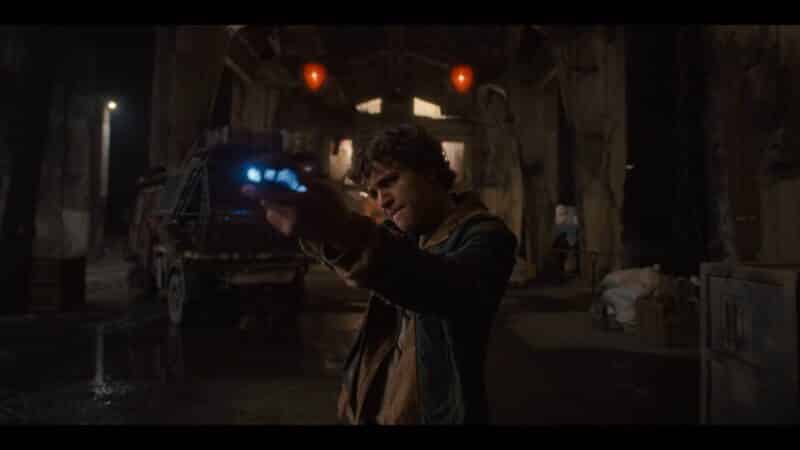 Despite the cube being what has caused nearly all of the conflict, it has been inactive for most of the season. Which, with the season only being 6 episodes, it showing it has multiple modes now feels like the perfect setup for the finale. Especially considering its weapons mode, for the shot Elja fired off, that hole that was left makes Elja one of the most deadly people in Europa right now.

At least until someone sneaks up behind him and knocks him out.

There is something about Liv that makes you feel like you’re watching someone play a photorealistic video game, and they are making the best decisions they feel they can at the time. Be it betraying the Crow for the more powerful ally or the boy who could potentially become a love interest, for a man who shows more power than might. Liv’s calculated moves are entertaining to watch, but I must admit, there is the need to question will we ever see her make the wrong move, or is she truly one of the smartest people in Europa? 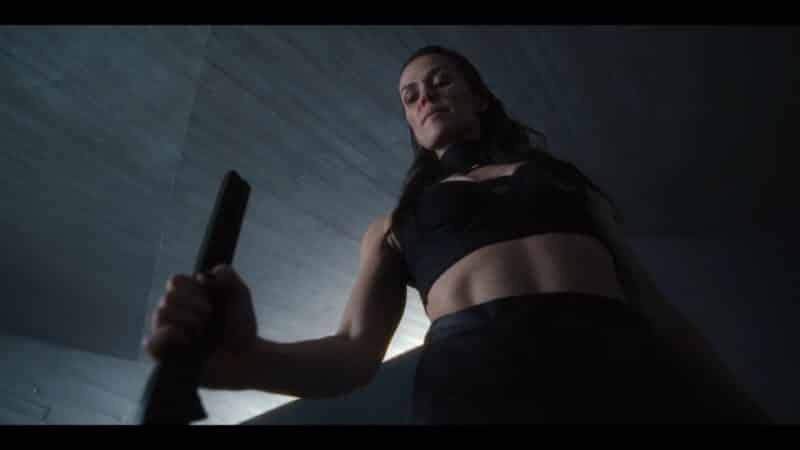 Tribes of Europa has started to dial down on its world-building in favor of character building, and the one who has thus far benefited the most from that is Varvara. Mainly by showing this strength that is very masculine yet still holding this femininity. Something which, in fashion, seems valued in Crow culture, as shown by the flamboyant attired Crows where when not at war. However, in terms of vulnerability and emotions, these are look down upon.

Yet, when it comes to Varvara, this might be her weakness. Now, it isn’t made clear how Varvara rose to power or if she inherited it. Also, what child-rearing is like in Crow territory? What is clear though is Kiano has wiggled his way into Varvara’s heart which makes him far more than a sex toy or someone who intrigues her. For with killing Dewiat like she did, one could say this was in honor of what she feels for Kiano. She eliminated the other man in her life and just needed Kiano to prove himself worthy of her.

Which with him breaking through his fear of dying, it does seem he has proven himself to Varvara. Now, while Kiano is by no means ready for a Boj fight, at the very least, he may seem worthy to be trained for one in time.

The Cube Being Utilized More Than Ever - 82%

As we come upon the penultimate episode of the season, Tribes of Europa seems to be at the end of it introducing the tribes and characters. Leaving you to believe season 2 might be when the story really begins.