As it becomes the left-hand doesn’t know what the right one is doing, we dig deeper into why and who was trying to hunt Myfanwy and the price they were willing to pay.

It Isn’t Only Linda Covering Up For Myfanwy: Conrad, Zef, Jennifer

Everyone is checking into what happened at the Millennium Bridge and at Mansel bank, but most aren’t making headway. Which, for Home Secretary Jennifer, is a huge issue since she reigns over the Checquy and clearly the incident was caused by someone within the EVA (Extreme variant abilities) community. So, Conrad, working on his own, checks into a Lugat member named Zef. Someone he, originally, tries to be friendly with since the Checquy has need for underground connections to get work done. However, with Zef not presenting the whole truth, Conrad is forced to use his powers.

This leads to us learning that the Lugat seemingly were trying to capture Myfanwy to sell her but failed. Which, considering all Conrad knows, if there is one thing he doesn’t take well to is the trafficking of his kind. So, while he killed a few Lugat members, he leaves Zef alive to warn his boss, Lorik, to stay away from Myfanwy.

Now, as for why Conrad would protect her, even to the extent of lying to Linda, is anyone’s guess?

Where Does Your Allegiance Truly Lay?: Monica, Ingrid, Eliza, Robert While Monica tries to present herself as a friend, nearly everyone recognizes she is there for selfish purposes. Ingrid, the genius office manager, knows it, as well as the members of the Gestalt. However, none of them are able to catch Monica in the act as she tries to rescue the reputation of her ex Marcus while throwing off the Checquy. But, with the discovery of Babylon, where people can participate in an auction for EVAs, who are worth millions, maybe she’ll be more forthcoming since her super strength can only get her so far.

With notes littered everywhere, Myfanwy not only has trouble trusting Linda, but also herself. Yet, with every interaction, she learns more. Be it from Alex, who makes it seem she rarely leaves the office, and only hooks up with him when drunk, or Linda, who makes it seem she has OCD. Each person presents a piece to her mosaic, but often with chipped edges. Take, for instance, Linda making sure Myfanwy doesn’t get to see pictures of her parents.

All that Myfanwy could want to know requires doing more espionage than it seems she ever was willing to do before. Leading you to wonder, before the memory loss, was Myfanwy a real asset to the Checquy or just a liability kept close so she couldn’t cause trouble? 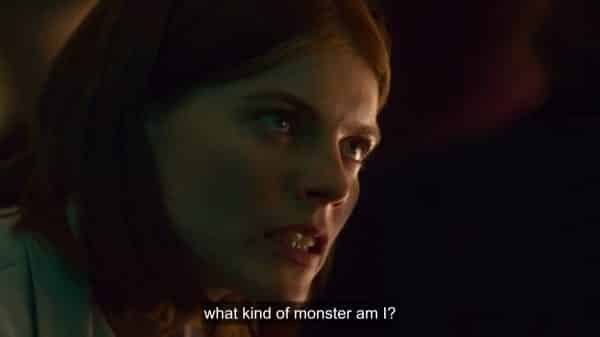 Myfanwy: What kind of monster am I?

I think the best way to appreciate The Rook is looking at it as story-driven than character-driven. Which, when it comes to supernatural people, is either rare or just not done. Yet, between all the lies, uncovering Myfanwy’s past, and the espionage/investigation angle, I think this could become a wood-burning oven kind of show. One which certainly doesn’t win people over with the pilot but that’s probably why when critics get screeners they usually get around 3 or so episodes. For, increasingly, it is becoming clear very few shows are truly capable of hitting it out of the park on their first outing.

I wouldn’t consider this satirical at all. It’s more so a spy drama. One which, for some reason, has me hooked, but isn’t necessarily a show I’d imagine becoming one of their tentpole series.

I have not got around to watching the TV series, but I have read the novel upon which this series is based.

The marketing of this show struck me as rather odd… the novel in many ways felt like a typical British espionage thriller (with all the emotional reserve, and dry, fussily formal interactions you’d expect from this genre), but with some far-out fantasy elements thrown in… at least, it’s like that when the amnesiac heroine is still getting a handle on things – once she regains control of her life it becomes more of a wacky comedy. Taking the book as a whole, you could interpret it as a satirical spoof of either the spy genre or superhero mythology.

But the TV advertisements don’t give much hint that “The Rook” is satirical, it seems to be pitching the premise of the story to the audience in a very serious way, and emphasising the super-powered, paranormal stuff over the espionage elements.

Your summary makes it sound like they’ve followed the plot of the first few chapters in the book reasonably closely, even if the tonal choices are a bit odd.
It doesn’t sound like those making this approached the material with a satiric mindset, but I guess I’ll find out once I get to see it myself.