The illustrious series returns, and while we don’t get to see what happened to Alyssa and James, after a two-year time jump, we do meet someone who’d like to murder Alyssa.

It Wasn’t The Best Childhood, But It Was Something: Bonnie, Bonnie’s Mom With her mom not being able to go to university due to getting pregnant with Bonnie, she poured herself into Bonnie’s education and her marriage. Now, rather than your general vicarious living relationship, where a lot of pressure is put on Bonnie, and she either experiences her mother’s disappointment or is whooped, her mother makes things psychological.

How? Well, when Bonnie doesn’t get the capital right of a country, at home mind you, not on a test, the head of her favorite stuffed animal is cut off. Because Bonnie’s mom is an apathetic psycho.

But Then My Dad Left: Bonnie, Bonnie’s Mom, Bonnie’s Dad But bad turned to worse when Bonnie was 17, and her dad lost his job. With that, her mom flipped, and it got so bad her dad left, and, of course, the father leaves without even thinking of taking the child. Making it so when Bonnie wanted to experiment with makeup, lipstick in particular, she isn’t able to hide it and is punished. After all, now all Bonnie’s mom has is her daughter so she gets all the attention. Leading to her being forced to eat lipstick.

Now, as you can imagine, after years of a woman like her mom, Bonnie isn’t alright in the head and is socially maladjusted. Especially when you add in she is a Black girl in what may be a town where she is the only one in her class. So, the combination of all that is going on causes Bonnie to act out and eventually never mind school. 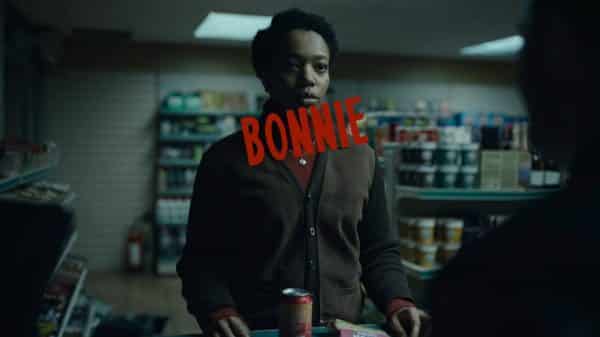 After a certain point, it seemed Bonnie’s mom just disappears. Be it because Bonnie, like her father, found a clever way to lie or just so that we’re no longer tempted to think she killed her mother. Either way, Bonnie works at a college library, and it seems that ruse may appease her mom, who doesn’t know Bonnie flunked all her exams.

Said existence is fine, though not stimulating, but then Bonnie goes into Clive’s class. You remember Clive, right? The guy with creepy tapes, weird mom, tried to rape Alyssa, and then James killed him? That Clive.

Well, before that, Clive manipulated and had sex with many of his students, and Bonnie was one of them. What he didn’t expect though was one prepping to #MeToo him and then Bonnie killing the girl to protect him. Because that’s how messed up in the head she became after the combination of her mom and Clive’s manipulation.

However, while in prison, for seemingly not as long as someone should be for murder, she wrote a letter to Clive, and upon it being returned to her, she was told he is dead. So, fresh out the pen, two years after Clive’s murder, Bonnie is released, and while James isn’t seen nor mentioned, it is made clear Bonnie is going to kill Alyssa. She even figures out where she lives to get the job done.

While Not Who You Expected In Episode One, Bonnie Does Get You invested 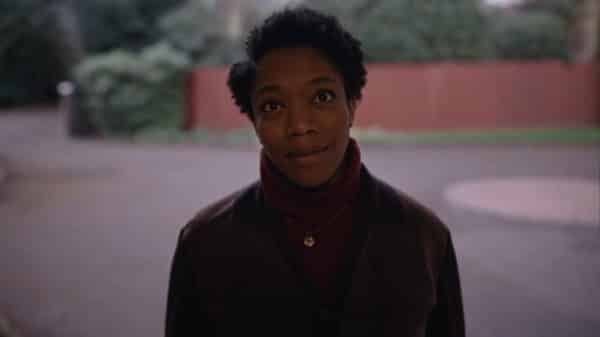 Pretty much, what took nearly a season to develop we got in an episode. A person with horrible, neglectful parents who finds themselves catching the eye of someone who is twisted. They fall for said twisted person until they are in too deep and seem willing to drown. Hence them going along with a situation they know is wrong for love has long been foreign to them.

Pretty much Alyssa’s story shrunk to thirty minutes, race swapped, but featuring Clive just the same. Which, honestly, is fine. I’d even say amazing since it usually takes more time and effort to make a character like Bonnie feel established, get some of your sympathy, and not feel rushed. Especially when it comes to the sympathy part. But I think because Bonnie wasn’t beaten and most of her punishment was mental, taking things on the less trotted road helped immensely.

While Not Who You Expected In Episode One, Bonnie Does Get You invested - 85%