The Cleaning Lady: Season 2/ Episode 1 “Sins of the Father” – Recap/ Review (with Spoilers)

With Arman still in jail and Marco kidnapping Luca, Thony finds herself caught between her future and past and might be forced to pick one over the other.

When Arman and Hayak were on good terms, they didn’t live like kings in prison but were comfortable. Guards were paid off, they had a secluded area where they didn’t have to worry about things, and with Hayak’s money, Arman was bound to get out sooner rather than later. However, Nadia reports Thony hasn’t been giving her the money as she should, and with that comes one of the first, of many hitches, in Arman’s plan.

For Thony, Marco kidnapping Luca is her main and only focus. Doing what she was supposed to with Arman is on the back burner, thus leading to an admonishing phone call until Thony reveals why she has been distracted. But, with the sense of urgency Arman presents, Thony has no choice but to try to move around the $2 million Nadia needs to bribe a judge to get Arman out of prison.

However, that doesn’t remove the urgency of keeping Marco from leaving the country with Luca. So, desperate, Thony calls in Garrett, who does help scare Marco off, but that doesn’t solve the problem. Marco, pissed that Thony called the FBI on him, decides to use what power he has left to dictate the terms of their meeting about Luca and what will happen next for their family.

As all that goes down, Garrett moves on from helping Thony to pressing Arman, who gets recorded during their private conversation, thus allowing Hayak to know who is the rat in his organization.

It Could All Be So Simple, But It’s Not – Arman, Garrett, Hayak, Nadia, Thony, Fiona, Marco, Luca, Chris

No matter where Garrett goes, he doesn’t get the information he needs. Arman isn’t talking, Thony, not even Nadia, so that investigation is on pause. However, he learns his former CI, the one he slept with and nearly cost him his badge, Maya, is no longer the innocent woman he was with but has now turned to the dark side. Which surely will take up his time.

But that was the hope. You see, with Hayak cutting ties with Arman and now actively trying to have him killed, Hayak is trying to figure out a way to reduce his sentence by working with the FBI. The way that is come up with is helping them crack the cryptocurrency Thony was long supposed to use to help get Arman out. But, due to her delay, while she is able to get some money put away for Nadia, with Fiona’s help, she is stopped from completing that task.

Thus leading her to focus all of her energy on Marco, who forces Thony to come to a motel, and an argument begins no sooner than they are within each other’s space. One which draws Fiona and Chris, who came, even though Marco told Thony to come alone, and it honestly would have been best if they didn’t come. Why? Well, being that Fiona is torn between Thony and Marco, her lack of loyalty just adds water to the grease fire. Then, with Chris trying to further dilute Marco’s authority and manhood by seeing Luca without his permission, they get into a shoving match that leads to Marco falling and breaking his neck.

It doesn’t end there. Because there are cameras around, and Thony decided to get the motel manager Jon, involved, so someone could call 911, now someone has the kind of evidence needed to blackmail her and Fiona if they want to keep Chris out of jail or deported. Because on top of Thony being dumb enough to have someone get involved in a crime she was witness to, she reveals she is undocumented, thus giving the motel manager all the ammunition he needs.

Thony’s safety has been completely reliant on Arman, who now lacks any type of power. Hayak knows he is a rat, has ordered his death, and with Hayak working with the FBI, not only is Arman a target but potentially Thony as well. After all, she is the help, and we know how Hayak feels about those who work for him – he’ll throw them under the bus if necessary.

So with that in mind, even if Thony knows the code for the cryptocurrency, considering that is locked now, there is a need to question what is next for her. Especially since her only ally now is Fiona, who can’t do much, and probably won’t do much for a while, as she mourns her brother and may even blame Thony’s actions for getting her brother killed.

A Major Gain For Chris

Chris existed in season 1, and learning he was undocumented was major for him, but not for the season in hindsight. However, killing Marco (a mercy killing for viewers if you ask me) pushes him front and center. With committing a crime, there is a chance this changes Chris, and he may want to get involved with whatever Thony is in. For whether it is handling the cryptocurrency for her, maybe working his way through Hayak’s organization, or even at the clinic, there is no denying that his innocence has been stripped a bit, and him being in the dark isn’t an option.

Nadia Having To Stand On Her Own

Due to having to play the dutiful wife, Nadia didn’t get explored much in season 1. Her origins with Arman, her story outside of him, were absent. But, with Hayak on the outs with Arman, this means Nadia has no choice but to establish herself as an individual, and with that, it should be interesting to see how she develops and what relationships she deepens between the FBI, Hayak’s organization, or even Thony.

With Marco out of the way, there was hope that Thony could just focus on handling Marco’s death, the withdrawal of Arman being able to support her, the clinic, and things that were introduced in season one. Alas, 10 episodes have to be filled, and “The Cleaning Lady” decides a blackmail plot is in order. Now, the benefit of this is that the blackmailer has to die, but the question is, by whose hand? Will Chris kill again in order to protect his family? May Thony do something as the man pushes her too far? Maybe Fiona or even Jaz?

Lest we forget, Nadia could also get involved in order to coerce Thony to be loyal to her or gain favor, so while, initially, this situation is deserving of an eye-roll, it could be beneficial in the long run.

Learning About Garrett’s Past Case

Garrett’s fall from grace was due to his infidelity – these are facts. However, the full spectrum of what happened, in that case, has been lost due to his desire to make a comeback. So with this major win, there is a desire, you can tell, to revisit where he potentially failed, and a part of me wishes they wouldn’t do that. I get Garrett is supposed to be seen as one of the male leads, but who watches this to see him?

I mean that in the most respectful way, for it isn’t the actor but the character who is just exhausting. So going into his past will likely lead to another attempt to show he isn’t as bad as recent memory may have portrayed him as. Yet, like Fiona said, to force Thony’s hand, he tried to deport her and her sister-in-law, thus jeopardizing their entire family. So, for us, there is no comeback from that. His character is permanently tarnished. 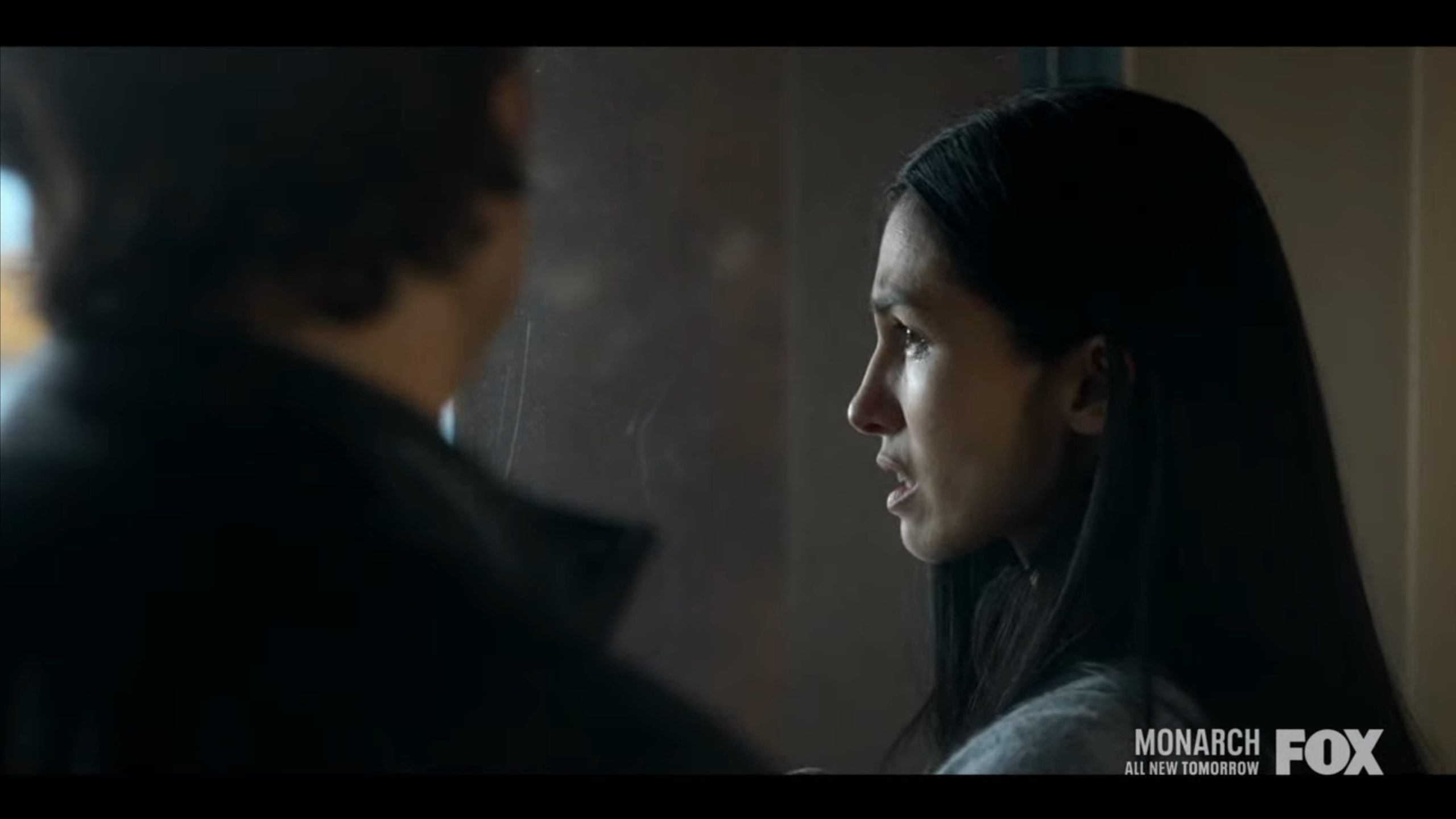 The Cleaning Lady: Season 2/ Episode 1 “Sins of the Father” – Recap/ Review (with Spoilers)
Overall
“The Cleaning Lady” returns with a decent episode that features a much-needed death, but there is a need to question whether the new characters who will be introduced become assets or liabilities?
Highlights
Nadia Having To Stand On Her Own
A Major Gain For Chris
Questioning Thony’s Future Without Arman’s Protection
Disputable
Learning About Garrett’s Past Case
Thony Getting Blackmailed
79
Subscribe to our mailing list Follow Wherever I Look on Twitter and Instagram, Like us on Facebook, and Subscribe to the YouTube Channel.