After addressing Brandon, “The Chi” addresses the multiple younger characters who are teenagers, or are doing their best to grip with pending adulthood.

There is a passionate, but rather quick, write off for Brandon. One in which Laverne mourns both of her sons yet is glad, after spending a life not knowing unconditional love, that she got it from them. And, once again, she whisk off since, at this point, Chicago has taken too much from her. Leading to her to even bit a bit curt and course with Emmett, who doesn’t extend much in the way of empathy when Laverne does that.

Which brings us to Peaches. Now, you may not remember Peaches, for she has been referred to and talked about far more than seen. However, with Jake’s other brother, Trig, returning with his girlfriend Imani, from Kankakee, he engages his mother because Otis is now Jake’s guardian. This is an issue for Trig, since Reg was supposed to be, and while it isn’t 100% clear how and why Trig just now is coming back to Chicago, beyond getting out of prison, it seems he is ready to complicate Otis’ mayoral campaign. 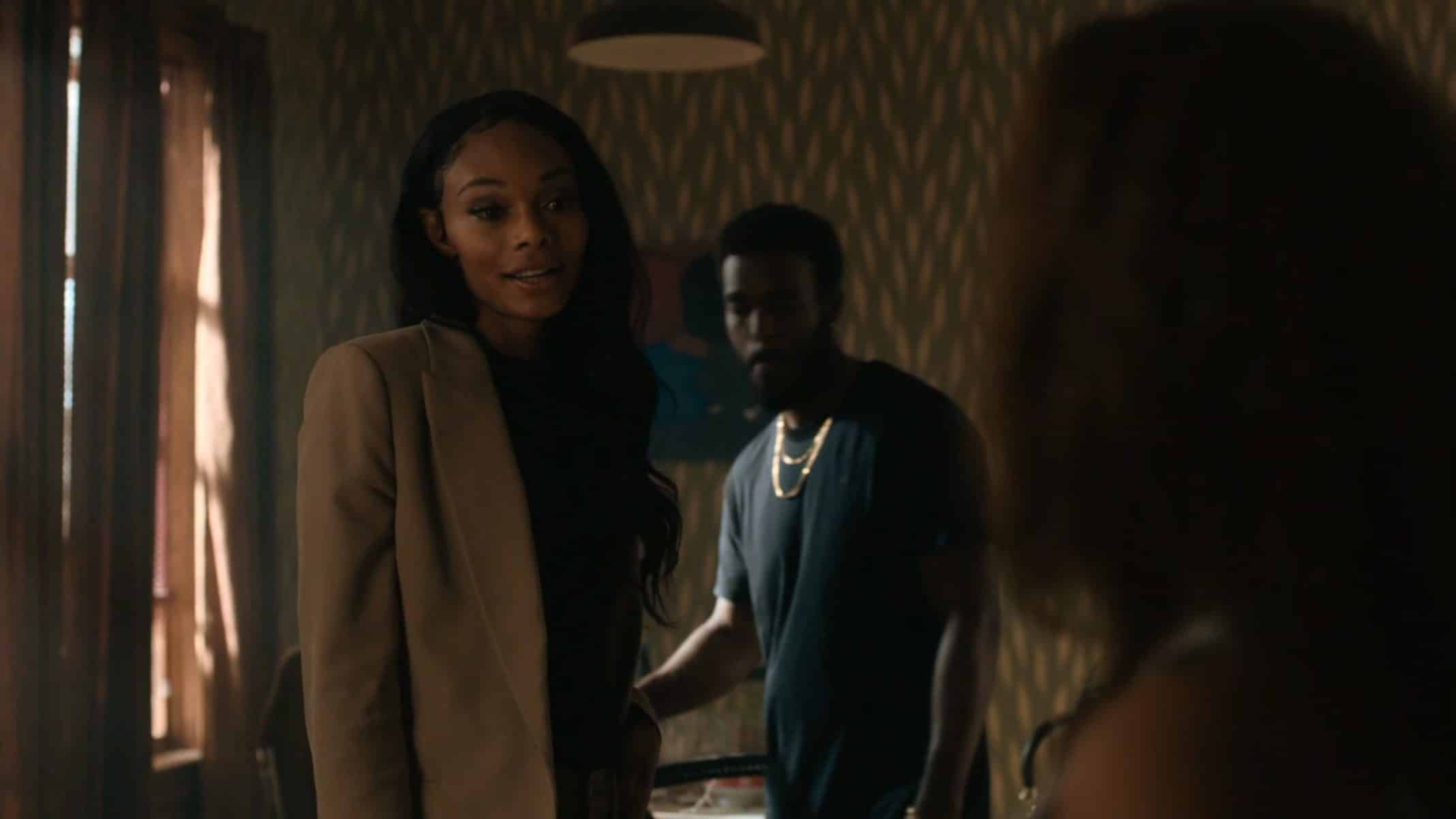 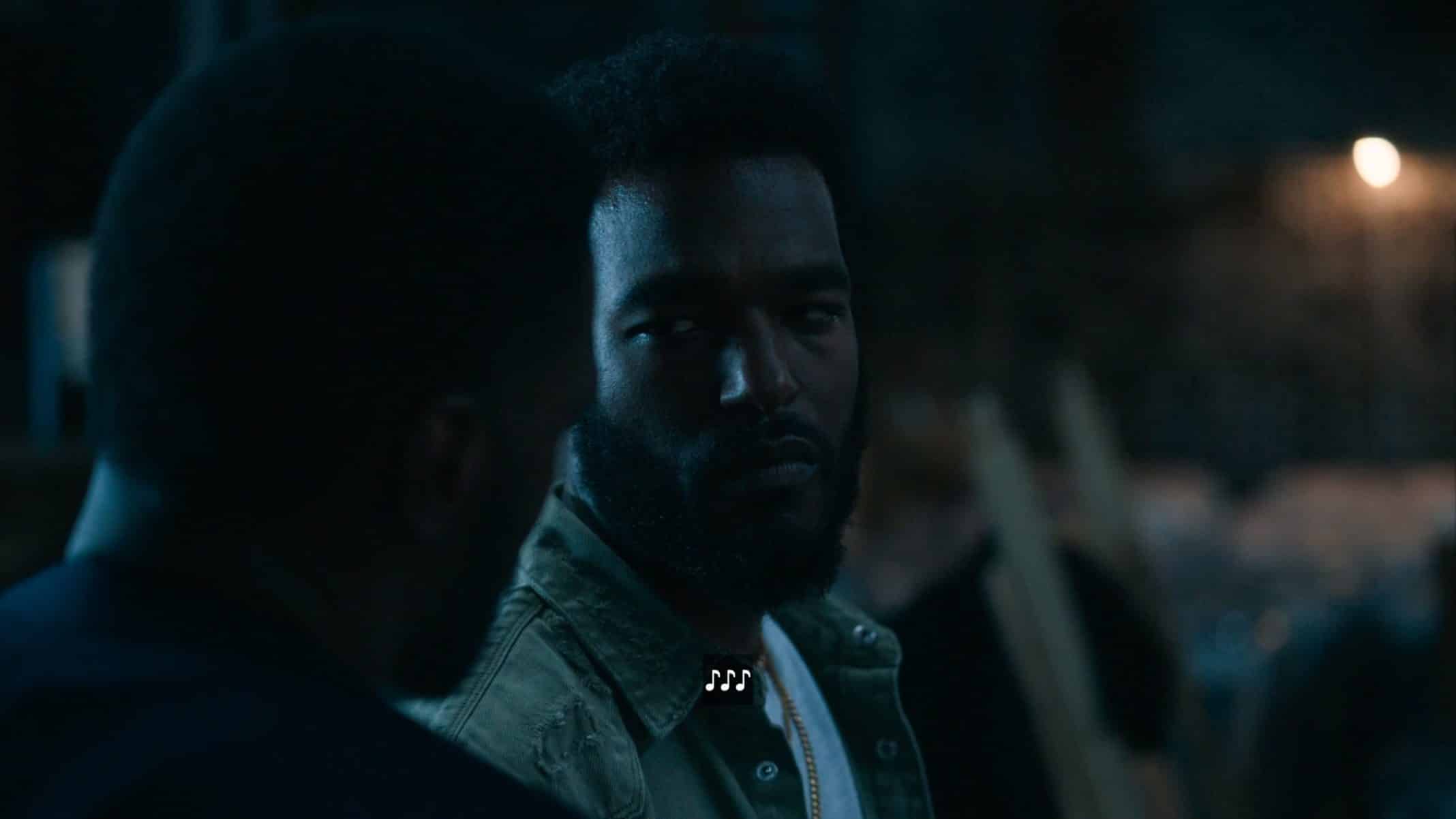 Dre and Nina get married, and while they are celebrating, Kevin went to Brandon’s funeral and decides to drink with his friends when he gets back. Also, since he was supposed to cater the event, Emmett shows up, but his food is quickly dismissed. In fact, Dre buys pizza since the food is that bad.

But, Emmett still gets paid and finds himself taking to Kiesha. Mind you, nothing romantic, but there is an intimacy there. One that surely led to someone thinking Kiesha was being fast, but with her relationship with her coach getting out, opinions on her are at an all-time low. Though Dre does extend an olive branch in hopes they can mend things before Kiesha goes off to college.

An idea she is sort of for, but there is a bit of fear. Why? Well, because it is a major change. Lest we forget, Kiesha is a neighborhood girl, and while she has a scholarship, and California is on her mind, she hasn’t been there before. Heck, she hasn’t really been anywhere by herself outside of the city.

Luckily, despite Kiesha’s fears, Emmett knows just what to say to bring her a sense of calm.

Despite their issues, Tiffany and Emmett are living together, and things seem to be going okay. It isn’t clear if they are full-on dating, mainly since Tiffany isn’t a teenager, and Emmett lost his luster a long time ago. However, when Kiesha stops by to drop off the rest of the money for Emmett, Tiffany does get a little aggressive. Not like she will fight Kiesha, but you can tell Kiesha gets a vibe she isn’t welcomed, and Tiffany confirms that feeling.

Though, despite Tiffany, Emmett still tries to make sure Kiesha knows he loves her, and not necessarily in a romantic way, but just as a friend. A comment she doesn’t return, but considering Kiesha might have gotten kidnapped, at least Emmett’s final words to her wasn’t something he’d regret.

However, Kiesha’s possible kidnapping is how the episode ends. Before that, we learn and see Jake, Papa, and Kevin are now straight up teenagers, who like to smoke weed, drink when they can find something and are now chasing girls. Kevin is into a girl named Eboni, Papa, of all people, has his sights on Miesha, and Jake got a girl too.

Don’t they grow up so quickly?

What you have to admire and love about “The Chi” is that it never adhered to political correctness. Even when it comes to the depiction of Black women, while we have our Nina’s, Jada’s, and Dre, there are also the Laverne and Peaches. The women who may not come off respectable to many, but are no less valid and deserve to be seen and heard – even when they aren’t desiring to be loved or liked.

Case in point, Laverne isn’t here for no one’s thoughts and prayers and gets nasty with Otis and Emmett about it. Personally, I loved that because too often, it is expected for a woman in immense pain to still be benevolent despite the trauma she is going through. So on top of mourning, she has to be strong for others when really, she shouldn’t have such an obligation. In our minds, that’s too much. I’d even add Peaches into the conversation and it being unfair the expectation, just because you have a child, to have everything together. Never mind that, just because many women get it together, you too should be held to the same standard. It negates that person’s history, life, and struggle. And all things considered, while Otis isn’t a saint, he has the kind of money that could take care of Jake and with giving her $5,000 on top of that? Honestly, as much as you wish to judge her for being an addict, you have to also have some empathy.

Which is what seemingly is the goal. To give sympathy to the addicts who often are treated and discarded like Ronnie, but give that same complexity to a woman. A Black woman and mother.

The Kids Growing Up

It’s so weird watching these kids grow up and how tall they are now. Not too long ago, Kevin was shorter than Kiesha, and now he towers over her. Also, the boys are talking about having sex, relationships, and Kiesha, a whole 18, is about to go off to college! Assuming she doesn’t end up in some sort of sex-trafficking situation.

It isn’t clear if Kiesha’s whole storyline this season could be getting kidnapped, or just an arc for a few episodes. Either way, I feel like she might be the one to benefit the most from Brandon’s absence. For one of the consistent issues with “The Chi” is that the women often are neglected. So after what Jason Mitchell did, it seems like the course correction the show is on will include making the voices of the women stronger, with Kiesha leading the pack.

Though I got to say, I hope her story isn’t one bit of trauma after the next. Bad enough she was being shamed for an older man taking advantage of her and then being called fast – repeatedly. Let’s not have this child kidnapped, possibly assaulted, or killed.

Not Knowing How Brandon Died

Fully recognizing Jason Mitchell’s antics threw the show into disarray, it sucks his death is sudden, and while Laverne’s eulogy was fitting, let’s not pretend the investment in wasn’t multiple years. To just quickly write the character off because the actor was toxic is a disservice.

Despite expeditiously writing off Brandon’s character, in an effort to move on, those that remain maintain past excitement for the series, and seeing many characters now older expands the stories they are capable of. Making the loss of Brandon unfortunate, but you can see the time he once took being something that can be put to good use.

Not Knowing How Brandon Died - 67%

Despite expeditiously writing off Brandon's character, in an effort to move on, those that remain maintain past excitement for the series, and seeing many characters now older expands the stories they are capable of. Making the loss of Brandon unfortunate, but you can see the time he once took being something that can be put to good use.