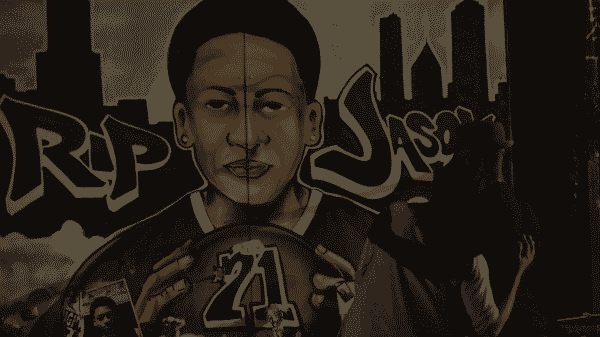 The Chi still treats its female characters dirty, but as it delves deeper into Chicago post-Jason and Coogie’s death, there is hope for others.

Somebody Got To Look Out For Those Struggling: Emmett, Jada, Quentin 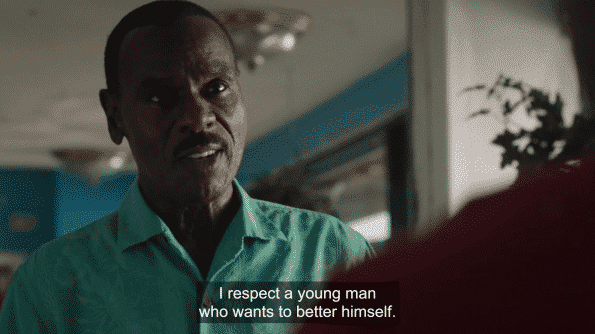 With Tiffany AWOL, Emmett is forced to adjust his life to this baby which refuses to stop crying. And bad enough he is messing up this new thing with Kiesha, but now it is messing with his job at Sonny’s? It gets so bad that even with Sonny’s kind of shady brother Quentin giving Emmett a C note [note]$100[/note], he is tempted to just abandon the kid. Yet, ultimately he doesn’t. Instead, he just thanks his mom for doing all she has done. For with him not being able to find childcare, even from Miss Tiny who is talking about a 2-month waiting list, and so much going on, I think he gets why his mom has grown tired of babysitting. Especially since her job as a nurse is sometimes babysitting grown people like Miss Ethel, Ronnie’s grandma.

And It Was All Going So Well: Ronnie, Tracy, Kevin, Maisha, Jada Who, if she doesn’t stop acting up, Jada is going to recommend to be put in a home. Which is a bit of a downer because Ronnie was doing quite well. Jason’s death got Ronnie back on Tracy’s good side – even to the point of them having sex and her making a meal for him. Making the only problem being Ronnie don’t got no job to pay for groceries.

But, that isn’t Ronnie’s only problem. The streets are talking and when he tries to what Kevin may or may not have said, he runs faster than Ronnie can. Though, like Ronnie, Kevin has a slew of issues he is trying to deal with. Never mind Andrea and The Wiz, now he got her cousin pushing up on him – licking his face even. That’s on top of now living in fear just because he was expecting Brandon to do something about Ronnie. That is, rather than let him continue running around after Kevin told him what he did. But he may not have to worry about that too long.

You Killed The Wrong Kid And Will Suffer The Consequences: Ronnie, Brandon, Laverne, Jerrika, Detective Cruz 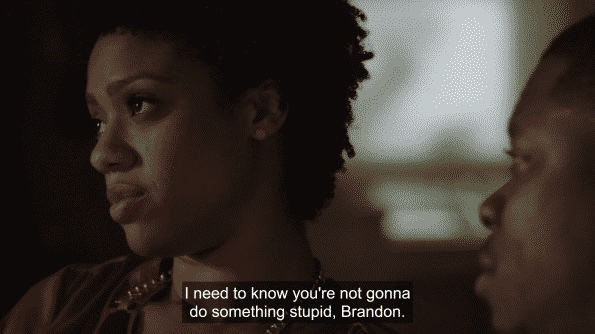 If only because, despite Detective Wallace, Detective Cruz has come to the belief that Coogie didn’t shoot Jason. Which he directly tells Ronnie but it might be too late. For while Brandon did promise Jerrika he wouldn’t do no “stupid ass hood s***,” then he sees his mom laying on Coogie’s bed, passed out, with his drawing and stuff.

As you can perhaps imagine, this sets Brandon off to the point of calling his homeboy, who seemingly is about that action, and talking about doing something. And I don’t mean call the cops and his friend be emotional support.

Fatherhood Can Be Hard 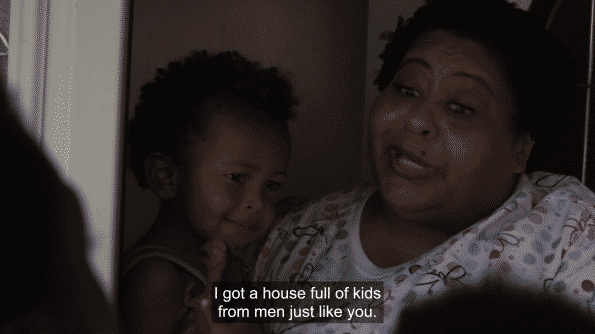 Though Emmett is still a Grade A F*** boy, you do have to appreciate his struggle. There is a part of him which seemingly wants to help take care of his kid, but at the same time he himself still is a kid and mentally ain’t ready to be a full-time dad. But you got to admit, things got real when he seemingly was going to abandon that baby at the park. My eyes were wide open and to be honest, I believed he would do it too. Not even because he is a terrible person but he reached the end of his rope and I know that may sound horrible to say, but there is a reason the term post-partum depression exists. Now, yeah, we’re talking about a guy here, and it is more commonly associated with women, but can you imagine turning every which way for help and being told, “No, handle your business.”

Not to excuse Emmett at all or say I would do as he did, but there is a certain part of me that can imagine, in my darkest moments, maybe being of that mindset. Which I think is important to show. Just as much as it was important to balance out that really dark moment with a bunch of happy kids, with either their father or mother, so that Emmett could be seen as an exception and not the rule.

I don’t know who this man is, whether he is Jason’s biological father or not, but he has the type of presence which demands you to notice him. Also, something about this negro is scary as hell. I’m talking about the type of oomph where you could be as big as Dwayne Johnson, thinking you a real bad ass, but when Quentin is in the room, you struggle to meet his eyes and talk over a certain decibel.

I don’t know what Sarah’s intentions are with the attention she gives Brandon, but I swear to you I’d be tempted to drop this show, as much as I currently love it, if she breaks up Jerrika and Brandon. I mean, I need one good Black couple in my media diet – that’s all I ask. You can present drama in him working late, hanging with the boys, her lonely, maybe issues with how he deals with grief, and whatever, but as a person, beyond just a fan, I seriously need these two to have some semblance of a healthy and functioning relationship, which doesn’t include cheating.

Also, I need to know who the hell Jerrika is when Brandon isn’t around.

#TheChi got me feeling like there needs to be a Black version of #GoldenGirls. Between Miss Ruby on #Star and Miss Ethel on #TheChi, I can’t just have these women pop up, show out, say “Grandma Loves You” and disappear for half a season.

The Women on This Show Still Largely Feel Underdeveloped 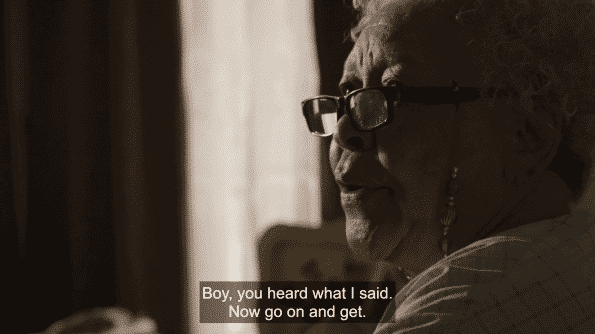 Who is Laverne? Who is Jerrika? What kind of life does Jada have when not worrying about other people? Hell, what does Tracy do for a living? It remains weird that women on a show created by a woman remain so, at least from my point of view, underdeveloped.