There is a bit of a change in the usual girl from nowhere comes to the big apple, and with Ella Purnell at the helm, this could very well get interesting.

Table of Contents show
1 The Introduction
1.1 Other Noteworthy Facts & Moments
1.2 Question(s) Left Unanswered
1.3 Collected Quote(s) or .Gifs
2 Highlights
2.1 Ella Purnell
3 The Staff
4 On The Fence
4.1 It’s A Half Hour
5 First Impression: Positive (Watch This)
6 Follow Wherever I Look on Twitter or Like us on Facebook.
6.1 Check Out Other TV Recaps

Tess, recognizing at 22 her life could easily become routine and 10 years could pass like nothing, suddenly decides to shake things up. She decides to head to New York, find an apartment, sell her car, get a job, and figure life out. That’s right, she is someone without a plan. She has a degree, in English, but doesn’t want to be a writer, actress, she is just wandering a bit but recognizing she has to pay bills.

Something which, strangely, is good enough for her new boss Howard. Someone who is the head of a fancy restaurant which, due to what it takes to run it, has a staff which is a bit like family. Simone is a bit of the overachiever, maybe the oldest; Will the exhausted big brother who works hard but gets no credit, and also acts as Tess’ trainer; there is Sasha who can be snarky and aggressive, but whose bark is worse than his bite; and then there is Jake. To Tess, he could be seen as the rebellious big brother but really, he might just be the plaything of Simone.

And that’s just the people friendly enough to introduce themselves. The family is much larger than these people and there is the serious question of whether Tess could fit in. For if she is seeking to find herself, while New York may have been a great escape it isn’t the type of environment to kick back and figure things out. If you wanna thrive, you have to have drive, so Tess better learn to find some – beyond paying bills, quick.

“‘I’m sorry but,’ is a meaningless sentence.”

“You’ve gotten by on your charm for so long that you haven’t developed a character.” 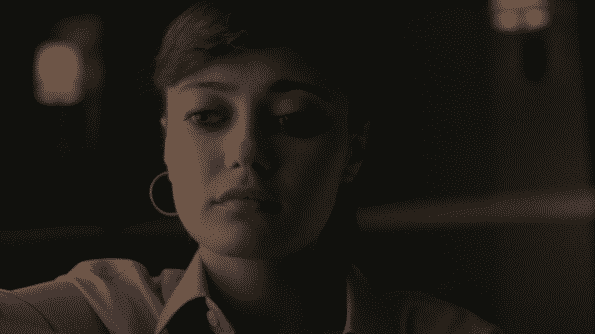 Doe eyes can be a bit of a double-edged sword. On one hand, for a 22-year-old, they make a person seem more curious about the world, taking it all in, but without some sort of life behind them, you can look like a drugged out zombie. Luckily, Purnell doesn’t bring about those thoughts at all and instead draws you in because she lacks drive and perfection.

Unlike, say the ladies on The Bold Type, there isn’t anything really bold or headstrong about Tess. She is a wanderer who recognizes she has bills to pay so she gets a job to figure stuff out. Which is a bit refreshing in a way. Tess is the type who doesn’t have it all figured out but isn’t privileged enough to mindlessly explore what it means to be her. In a way, between needing a change of scenery and recognizing you were on auto-pilot and need to take back the wheel, she is perhaps one of the most relatable young adult characters in some time.

Especially in terms of women. Now, recognizing I’m a dude, there is a certain line. However, one of the things which increasingly might be needed is showing women who may not have it all together, but at the same time, their life isn’t a mess. Be it with boys, parties, drugs, and things like that. We can’t have it where the depiction of women is all drive with no direction. Because, as much as that may be great for many, in terms of inspiration, it is also alienating in a bit as well. So here is hoping Tess finding herself isn’t something which happens in a snap but is a journey that doesn’t just push her towards her passion, but can inspire viewers to realize or find theirs as well. Admittedly, when it comes to the staff they are largely an ensemble. No one really stands out too much, besides Simone. And even with her, part of her standing out deals with her being the only other familiar face of the show thanks to Masters of Sex. But, while none stand out, that doesn’t mean they don’t drive interest. As noted, this is a restaurant in which the staff largely seems like a dysfunctional family, or community, and how the different dynamics work is rather intriguing. To the point that you could imagine, as interesting as Tess can be, if this show was just about the ongoings of Howard’s restaurant you’d still have your interest tickled and draw your favorites.

It’s A Half Hour

There is kind of a plus and minus to the length of the show. The major plus is that it doesn’t overstay its welcome by being a half hour. The minus though is a lot of it is spent with Tess just observing things and when we’re not doing that, things seem a bit crammed. 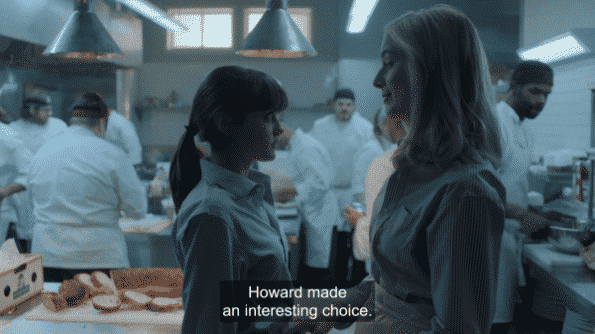 “Howard made an interesting choice.”

The strength of a character who doesn’t know what they are doing or where they will go, without them seeming like a privileged ass, is the main draw here. That alongside a rather large supporting cast who all seem like they may not have a strong enough character to lead the show but definitely strong enough to draw your interest.

So, with the only issue being how crammed things seem, and knowing this show has only 6 episodes! It makes you wonder what will be covered, who developed, and what might just be left for season 2? Leaving me a tad bit worried but still rather hopeful for SweetBitter’s future.