Table of Contents show
1 Summary
1.1 Other Noteworthy Facts & Moments
1.2 Question(s) Left Unanswered
2 Continue on to Page 2 for the Highlights, Low Points, On The Fence moments, and Overall

It has been roughly a year since Eleven banished the Demogorgon and seemingly disappeared. The truth is though, Sheriff Hopper has been hiding her and playing house. Something which was fine for awhile but then Eleven gets restless and upon learning her mother is alive, she goes on an adventure for the truth. Meanwhile, Will is dealing with this shadow monster and his inability to control going into the Upside Down. Which, eventually, leads to him becoming a host to the shadow monster by using Will as the rope in the Flea and the Acrobat analogy from the first season.

Which of course ties up Joyce and Hopper’s storyline as they deal with Dr. Benner’s replacement Dr. Owens. Someone who seems less of a company man and more just a head scientist. The kind whose moral compass hasn’t been through off by the magnetic pull of the Upside Down.

As for those not directly involved in Will’s situation? Well, Jonathan and Nancy pursue #JusticeForBarb, mostly because of Nancy’s guilt. Dustin and Lucas are crushing hard on this new girl Max, and Dustin even finds himself gaining a new role model in the form of Steve. Someone whose reputation continues to tumble as Nancy runs off with Jonathan and cheats on him, as well as Max’s older step brother, Billy, embarrassing him. 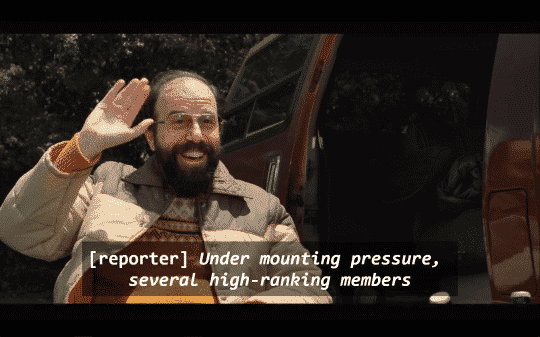 Murray waving to soldiers and government officials as they close down Hawkins’ labs after the news learns about a watered down, slightly altered, version of what happened to Barb.

Continue on to Page 2 for the Highlights, Low Points, On The Fence moments, and Overall

That’s a lot of unanswered questions. I forgot about the demo-dog thing stuffed in the fridge but that’s a fair point. Though given what the rest of the house looked like, I’m guessing that is probably a small issue at the end. I’m more concerned about all these tunnels under and around the town where the plant thing was growing that is now dying. Doesn’t that mean we now have some severely unstable areas that should probably cave in next time it rains?