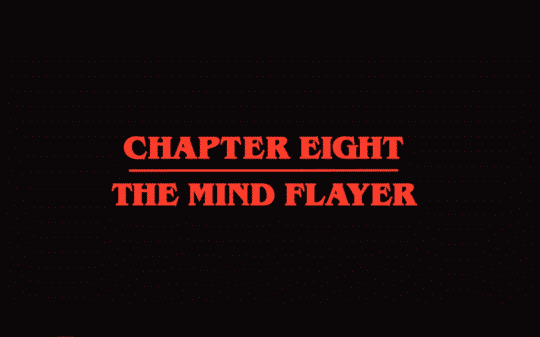 Things get as bad as the last episode would make you think as you find yourself wondering how will the people of Hawkins, not just the cast, survive?

The Apple & The Tree: Billy 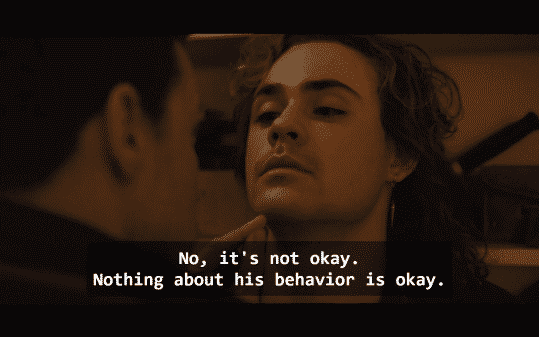 Though Max already explained things, we get confirmation this episode as to why Billy is so mean to her. It’s because his dad can only be described in words I try to avoid using. The words I can use those is he has an aversion to homosexuals, is seemingly misogynist, and while protective of Max’s mom, Susan, he has absolutely no issue belittling his son and embarrassing him. And despite the bad ass Billy touts himself as, he gets on the defensive when it comes to his dad. He doesn’t cower or become like a little boy, but he definitely loses most of his mouth when his dad gets serious.

As for the Max hate? Besides being the reason they moved, it seems the hate also stems from the fact Billy probably has to look out for her more than her own mother. Something he, naturally, doesn’t want to do. Yet, if anything happens, he gets blamed for it since he is supposed to be their on-call babysitter. Which, of course, seems ridiculous to Billy since Max is 13 but I guess because she is a girl, even if a tomboy, she needs a watchful eye or, in Neil’s mind, she’ll become like the whores Billy takes an interest in.

Wait till Neil sees she is hanging with Lucas. For if Billy got his attitude from his dad, I’d imagine he got some other preconceived notions from him as well.

The Demo-Dogs, as Dustin calls them, rip through Hawkins labs and leave dozens of bodies behind. But, bad turns to worse as the power goes out. Which, as you would expect from a secret government agency building, when the power goes out, immediate lockdown for security reasons. Thus leading to Hopper, naturally, talking about heading into the basement to flip the power back on. Problem is, while the power switch being flipped fixes the electricity issue, to undo lockdown you need to know BASIC, the computer program.

Who knows BASIC? Bob. So, Bob, without Hopper escorting him, strangely, heads to the basement, flips the switch and for reasons I cannot really fathom, unlocks all the doors. Something that seemed unnecessary for Dr. Owens is in a security room – he can see all the cameras. Of which, from the few screens we saw, it seemed the people we know were the only ones left alive. So all Bob did was make things easier for the Demo-Dogs… idiot.

But, what is a high stakes situation without a sacrifice, right? In season 1, it seemed we lost Eleven to the Demogorgon in a sacrifice. For season 2, we lose Bob. Yup, despite everyone else getting out safely, sans Dr. Owens who was watching the monitors, Bob ends up Demo-Dog food. Leading to the question: Why can’t Joyce have nice things?

After nearly everyone escapes Hawkins Labs, with Nancy, Jonathan, Dustin, Lucas, Max, and Steve in tow, they head to the Byers house. There they try to come up with some idea to destroy the shadow monster. For, with the idea that the monsters of the Upside Down have a hive intelligence and the shadow monster is like the Mind Flayer – a being which considers itself superior to other species so it pursues dominating them, they figure if you take that out you kill them all. Which isn’t a bad idea since, thus far, most human weapons don’t seem to be doing all that much. Bullets do absolutely nothing and fire, it works but isn’t a smoking gun.

But, to learn what could kill the shadow monster, they have to talk to Will. Someone whose speech, at this point, is taken over by the shadow monster. So no matter how many memories Joyce, Mike, or Jonathan bring up, all they get is the monster repeating that it wants freedom since they have Will tied up. However, then it is noticed that will keeps tapping the chair he is in and that he is speaking Morse code. With that, they get this message of closing a gate. 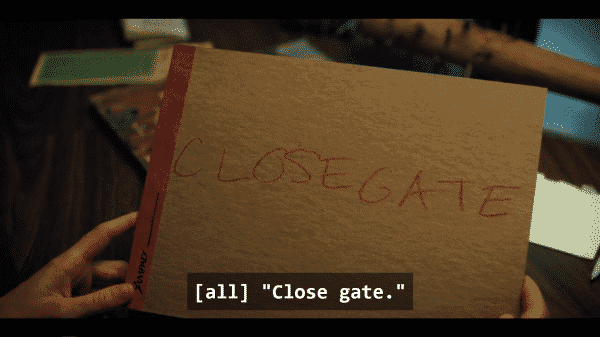 Something that, for a good 5 minutes, it seems like they wouldn’t get the chance to do. Reason being, Joyce’s phone rings. With that, Will knows where he is and so comes the Demo-dogs. Thus forcing Joyce to knock out Will again and everyone to come together in the house. Thus creating a standoff as Hopper, Nancy and the others prepare for an attack.

However, with Eleven showing up, taking out a Demo-dog in the process, it seems they might be saved and have a real smoking gun.

The Way Eleven and Mike Looked At One Another 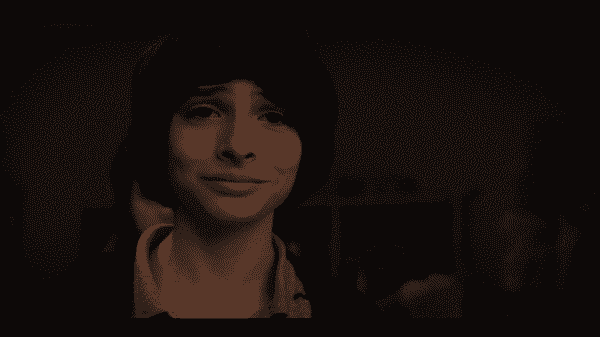 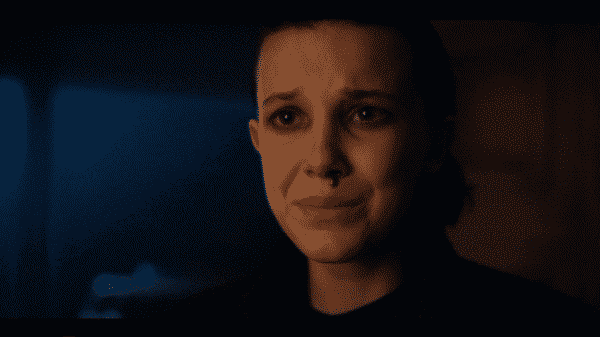 There is not a lot to highlight that wouldn’t be a repeat of a past recap. Be it Dr. Owen being more about Will and the others’ safety over whatever Hawkins Labs was trying to achieve, the relationship between Will and Mike, or what have you. However, one thing that got me giddy was the way Eleven looked at Mike and surely saw home. For while she left thinking he might have moved on, that look he gave her said otherwise. To the point that I was surprised he didn’t run into her arms, or her into his, and started crying. Hell, I’m surprised Hopper didn’t run to her and start crying. After all, he hasn’t seen her in how many days now?

Though, with Eleven and Mike’s reunion does come the question of how she’ll handle Max. Will she be kind of silly when it comes to her insecurities and jealousy or take the mature route?

So I Should Feel Sorry For Billy Now?

While there was a better build toward learning more about Billy’s home life than us meeting Kali, in the last episode, Neil being a bully didn’t really push much sentiment. Plus, with Billy hovering around 18, it just makes him seem like more of a turd for treating Max the way he does. Basically being a butt head to her just because he can’t fight back against his dad and knows, god forbid, he says something to Susan, that is his behind.

I honestly feel like Bob dying was more for dramatic effect, and giving Joyce one less reason to leave Hawkins, than to be something meaningful. If Hopper died, that would have hit hard. Especially since, between it seeming Eleven was going to kill him, and then the vines nearly getting him, he scraped past death twice already and, as the old saying goes, third times the charm.

As for Bob, it seemed cheap and a bit eye-roll worthy. Though, considering how Hopper and Joyce’s relationship has been, perhaps Bob was killed off to allow those two to get together. After all, they knew each other way back in high school too. Plus, with all Hopper has probably done for Will in the last year, it isn’t like he hasn’t put in the time and effort required to see like family.

Granted, he hasn’t become a father figure to Jonathan but, at this point, I think Jonathan is just trying to keep his head down and follow Nancy like a puppy dog.