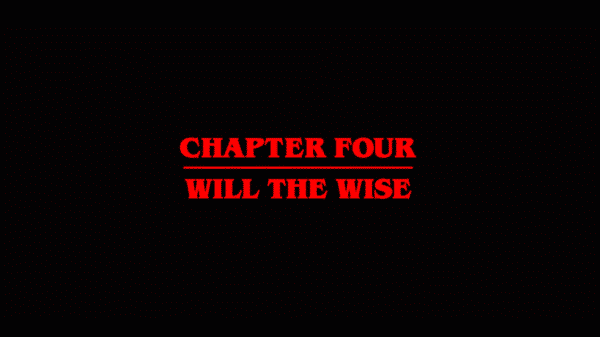 As Eleven shows she cannot be tamed or punished, Will reveals his truth and Nancy seeks to expose Hawkins’ Labs.

Raising a Child with Tekekinses & Who Hates Liars: Hopper, Eleven 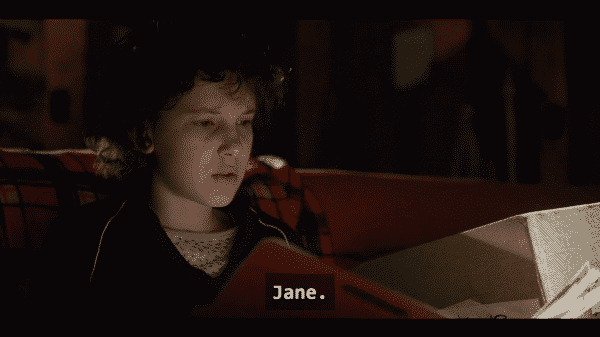 As surely you can imagine, even with whatever training Hopper has, handling someone like Eleven is nearly impossible. Hell, it could be deadly. For while Hopper maybe physically stronger, Eleven’s powers eclipse whatever he can do. So when he tries to ground her, much less rips the power from the TV, it seemed like a death wish.

Though bad turns worse when, as Hopper goes to work the following morning, Eleven finds a whole bunch of files under the floor dealing with Vietnam, New York, and Hawkins labs. In that, Eleven finds out about Terry Ives and it seems her next adventure outside will deal with finding her. Whether they intended to be caught or not, Nancy and Jonathan end up within Hawkins’ Lab and unbeknownst to Dr. Owens, Nancy records everything he says. Be it the admittance of fault, Barbara being dead, them being involved with Will, and etc. Leading Nancy to, as they are let go with the understanding that Dr. Owens will keep the secret he is tasked with by any means necessary, talking about burning the lab down.

Now, as for literally or using that tape? Who knows? But considering how much of a bad ass Nancy has become, she may mean with gasoline and fire.

From what it seems, Will is now a host for the shadow figure. Now, whether they are sharing or it will eventually take over, we don’t know. What is known is that its desire for a cooler environment is leading to it dropping Will’s body temperature and keeping him from desiring warm baths. All of which his friends don’t learn for Joyce is trying to keep this contained for now. For outside of Hopper, she doesn’t want to trouble anyone else with this.

Speaking of Hopper, he figures out that the vein like drawings Will is making, to explain this memory or feeling he has implanted within him, are vines. Perhaps not even vines but what damn near looks like a sewer beneath the farmlands which surround Hawkins Labs. One which transports people to the Upside Down.

Leaving Will’s friends. As we already know, Dustin is hiding Dart to protect him from Mike’s judgement but with him getting bigger and eating his cat, also showing it is a baby Demogorgon, we’ll see for how much longer he protects it. Much less pretends it is still lost. 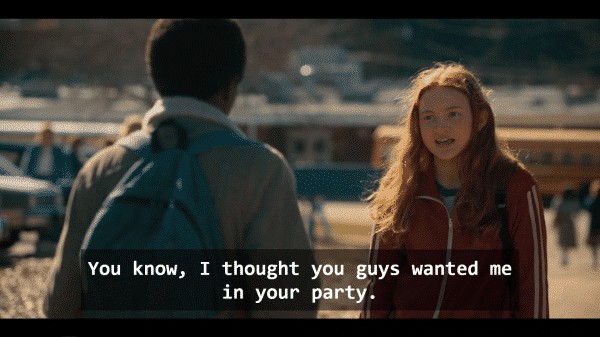 Which leads to a few problems within the group – especially when it comes to Max. For despite Max reaching out to Mike, trying to befriend him, he continues to reject letting her into the party. Something that Dustin and Lucas go along with so eventually she decides it isn’t even worth trying. Something she conveys to Lucas who tries to explain things, without saying too much, but his inability to explain anything pushes Max further away. Leaving Billy to give his two cents about not hanging around either Mike’s group or perhaps Black kids like Lucas. It is hard to say which. I can’t be the only one who finds it weird that one of the breakout stars of the first season has been relegated to staying in a house and working with one sole character, right? So here is hoping that with her going solo, doing her own investigation, it will lead to some emotional and awesome moments worthy of the actress. Because watching her cry as she doesn’t get her way is really pushing the idea that, as Hopper said, she is a brat.

Just Call Me A Bad Ass

While still not fond of Nancy’s relationship drama, you got to admit her #JusticeForBarb campaign is heating up nicely. Nancy, with no military training like Hopper surely has, is trying to take on “The Man.” Much less burn down one of “The Man’s” establishments. With the only tool she has is her own wits and whatever Jonathan is willing to lend her. So it should be interesting as she continues to seek out trouble, who may join or betray her. Alongside whether she may make progress or just be a kicking at a wall and not even so much as chipping it.

The Nancy, Steve, and Jonathan Drama With Steve pretty much losing everything from his “King Steve” moniker to being the top basketball player in the school, you can understand if he turns this disappointment in himself, or Nancy, into anger. After all, her entering his life drastically changed it and though he is by no means a saint in all this, you can understand if he pinpoints his young life’s downfall on when Nancy entered it.

Yet, with saying all that, does anyone really want to watch another round of Steve and Jonathan fighting? Honestly, I’m still waiting for the girl from Tina’s party to show up and sweep Jonathan off his feet. Be someone he can confide in because right now, be it Will, Joyce, or Nancy, everyone has the ability to come to him and dump their stuff but who does he have to talk to? Who can he run to? Especially with all that is going on in his life.

I mean, let’s take into account his dad is a piece of crap, mom pretty much only dotes on Will at this point, and his only friend is Nancy. You can understand why the idea of him being caught in the middle of Nancy’s issues sounds like a bad deal for him right? He should be worrying about getting out of Indiana, building up his portfolio for NYU and what not. Heck, trying to get some recognition for his photos to pay that NYU tuition.

But, I guess the teens are, or were at this point, difficult to write so the writers fell back on what many have done. Throw in love triangles, bring about unnecessary drama, and add in some teen rebellion. Doing the old, “If it ain’t broke, don’t fix nor improve it.”

Will & The Shadow Sharing Bodies

It isn’t clear if the Shadow has any sort of control over Will and whether he can fight it. However, with him talking about it like it is just part of him and there ain’t much he can do, it is going to be a peculiar 5 episodes as we see how that relationship develops. Especially if the Alien reference in the last episodes isn’t too far off. For with Dart being spat out of Will, who knows how many little Darts maybe within him now?

Dustin is raising a Demogorgon. This is something to keep an eye on because, with Dart eating his mother’s cat, he clearly is in over his head. Yet, there comes the question if he may still defend and protect it? Will he note that its capabilities and what they know of Demogorgons doesn’t make them evil? Especially since, from what it seems, it is simply trying to survive vs. target any particular thing?