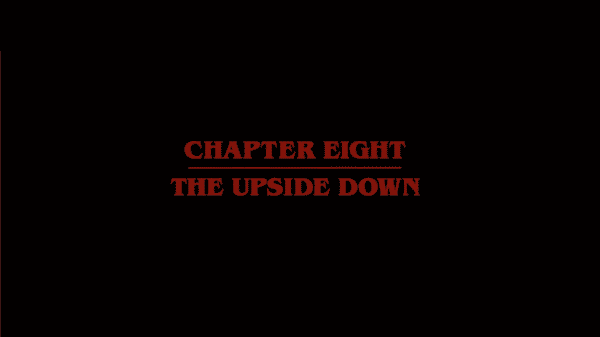 And so Season 1 comes to an end with a few touching moments but some eyebrow-raising events and a sacrifice.

As Joyce and Hopper find themselves at the mercy of Dr. Benner and his people, Hopper strikes a deal. They give up where Eleven is and will be left to their own devices to find Will. Something Dr. Benner believes they are incapable of and with the Demogorgon already taking out one of his men, he is sure it will handle these two for him.

However, they apparently still don’t get that once Hopper puts his mind to something, there is no getting in his way. Especially since saving Will is a bit of a redemption thing after he couldn’t do anything for his daughter, Sarah, as she died from cancer. Perhaps explaining why the short hair thing kind of got to Hopper. Maybe, in the smallest of ways, there was hope his daughter was still alive.

But I digress, after searching through the Upside Down for a while, traveling to Castle Byers, downtown and then to Joyce’s house, dead Barbara and Will is found. However, it should be noted he is found with some alien thing down his throat. As if the Demogorgon isn’t so much trying to eat these people but implant something in them. Like it plants an egg, or rather parasite, which feeds on, grows and eventually slithers out its host.

It is all rather hard to say what is pulled out of Will but what can be said is he does get saved.

To begin, Jonathan and Nancy lay out all their traps, cut their hands to draw out the Demogorgon and then… so shows up Steve. Mr. Bad Timing comes just as the lights flicker and here comes the Demogorgon. A being the teens are fairly able to take on, despite only having a gun and a bat with freshly embedded nails. Yet, despite a 2nd round, after it disappears during the first, and them setting it on fire, never mind shooting it with many a bullet, they don’t defeat the Demogorgon.

That honor, kind of, belongs to Eleven. The reason I say kind of is because she doesn’t defeat it but more so transport it. Let me explain, after Hopper sold out the kids, the government comes after them and as the kids seem cornered, Eleven kills a handful of soldiers and Dr. Benner’s right-hand gal. All that blood draws the Demogorgon away from Nancy and Jonathan, making it seem travel time and distance is shorter in the Upside Down, and it shows up in Hawkins middle school. Leading to it killing Dr. Benner, or at least jumping on him and likely doing him in.

But then, as the kids are trapped, and Lucas is trying to do like the kid in the 90s version of IT [External], in terms of firing something at the monster to defeat it, Eleven steps in. She pins the monster against the wall and eventually disappears with it. So, while not defeated, it seems a month later that the monster is gone – for now. 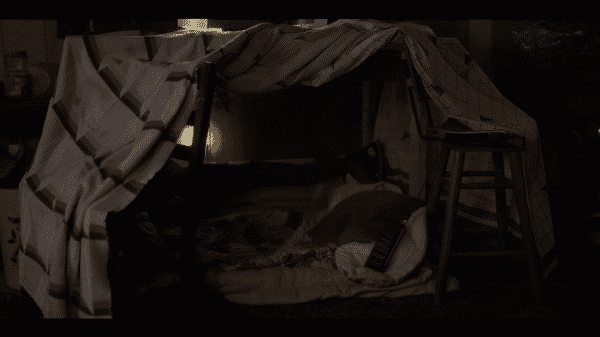 After a month in which Hopper found himself having a private chat with government agents, making it seem he might have been working for someone all along, things have gone back to normal. Hopper is still a bit of a sourpuss, the kids are playing Dungeons and Dragons again, and while Nancy and Jonathan are friends, she is clearly still Steve’s girl. But, while Steve’s girl, it doesn’t mean her and Jonathan don’t have something special. Hence why she arranged, likely with Steve, to get Jonathan a new camera for Christmas

But, before you get the idea that, minus Eleven, this is a happy ending, it should be noted that even a month later that Will is coughing up whatever the Demogorgon shoved down his throat. Also, he is having flea-like tendencies of accidentally entering the Upside Down. Something he likely is keeping to himself. 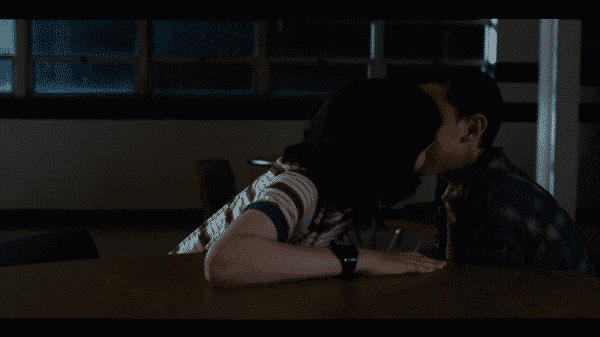 A small part of me kind of wishes that Mike did present Eleven the full family package and didn’t put the idea of reciprocated feelings as part of the package. If only because Eleven, beyond these kids, doesn’t, or perhaps shouldn’t, have the concept of love, liking someone, and the psychology behind that together. I mean, her considering Will a brother seems logical since friends are like family. But, and I acknowledge this is me going overboard, him pushing the idea people are only that nice when they like someone, sort of screws up everything in a way.

Yet, with it being the day of the season 2 premiere, we’ll get to see how Mike’s move on Eleven evolves. Especially considering the feeling of her first kiss seemed to cause butterflies.

More Than One Demogorgon? 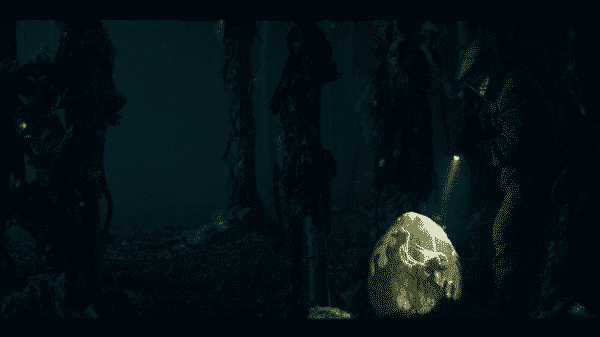 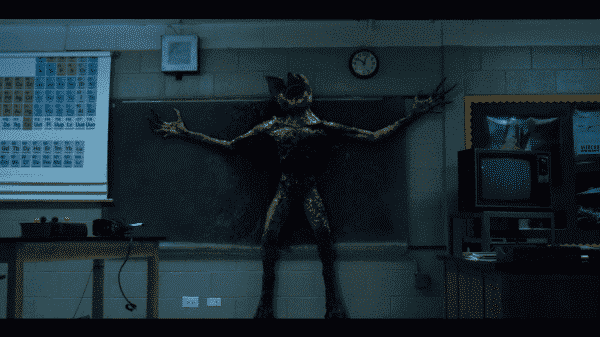 Perhaps the thing which makes beasts better than any talking being as monsters deals with the fact we can push ideas onto them. Such as the Demogorgon perhaps eating animals but using humans for their children. Because, with the big old egg we saw, you got to believe something laid that egg. The question is what? Plus, how old is the Demogorgon we saw? Is that a baby, an adult? Where in the Upside Down are the rest of them?

It could very well be scientist made the Demogorgon, somewhere else in the world, but who really knows? But, in that, so is the fun. If it was a human, you’d know it was normal once, like Eleven, but it was pushed into a monster. However, with it being a full monster, it is but a haunting presence with no outright explanation but simply just being.

Reunited and It Feels So Good

It’s weird but despite knowing Will would be saved, it was hard to not tear up when everyone got to see him. I don’t know if you can contribute that to the journey we’ve been on with these actors or what, but you gotta give props for them making a reunion with a character we barely saw and didn’t get to know, truly meaningful. 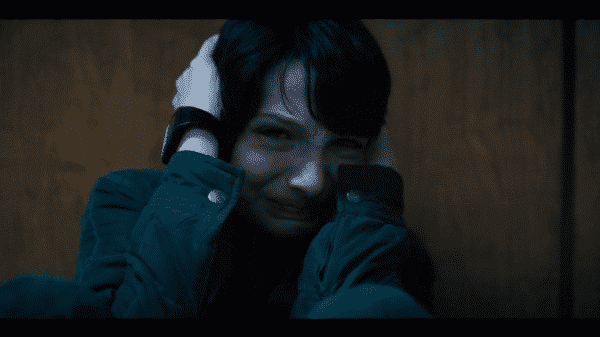 I’ve heard before that kids are desensitized but I honestly do feel that it should just be Will dealing with long-term issues here. Steve saw this monster who looked straight out the movies and when it comes to Nancy and Jonathan, I get they stood up and fought it but does that mean all their fear should dissipate? Then, with the kids, it goes beyond seeing the monster. They saw Eleven kill people. I’m talking bleeding from their eyes and dropping kind of kills. Something I guess they are cool with since she is on their side but, her murdering that many people at once didn’t scare them? Wasn’t something to chastise her about?

I mean, yeah, she can differentiate, to my surprise, how to handle someone like Tony and these agents but… I guess my issue is that you’d think between what the kids went through, much less Eleven, things wouldn’t have gone back to normal. That even with Eleven, her adapting to Mike, his friends, and what was asked of her wouldn’t have happened so easily. For just the little we saw of Eleven and Benner’s interactions didn’t imply he did anything besides give her a bed, some crayons, maybe paper, and did experiments. All of which he gave her only just enough to push her to go along with them without much back talk or reason to turn on him.

It has been great reading your thoughts of the first season as it kind of reminded me about some of the things that happened that I’d forgotten just in time for me to get into the second season.

If I had the time, I’d rewatch past seasons of whatever I reviewed for there is always a few episode stumble of me trying to remember what the hell happened, who is who, and who did what.

But with just finishing this in the morning, clears throat and sings off pitch “I CAN SEE CLEARLY NOW THE RAIN IS GONE! THERE ARE NO OBSTACLES IN MY WAY!”