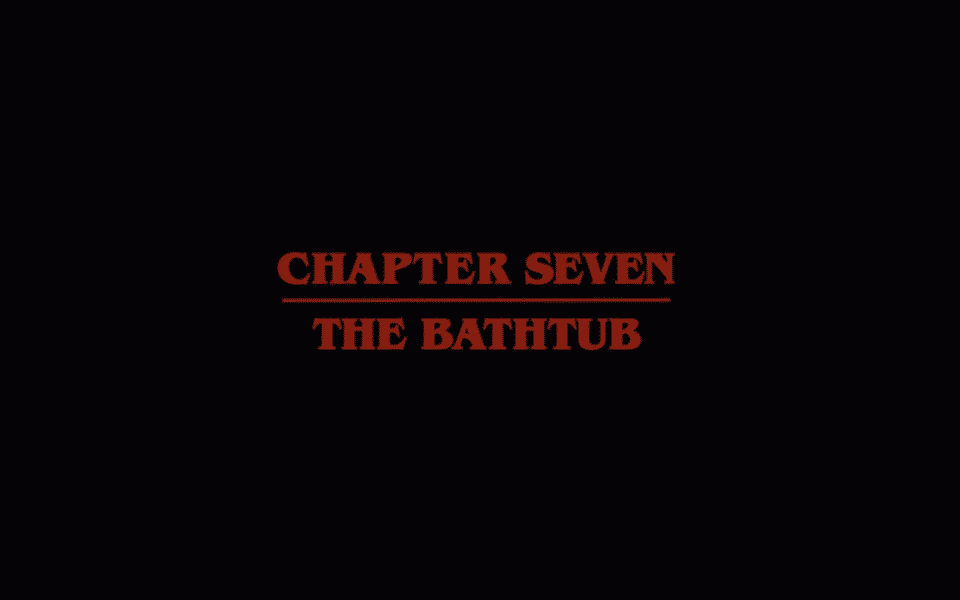 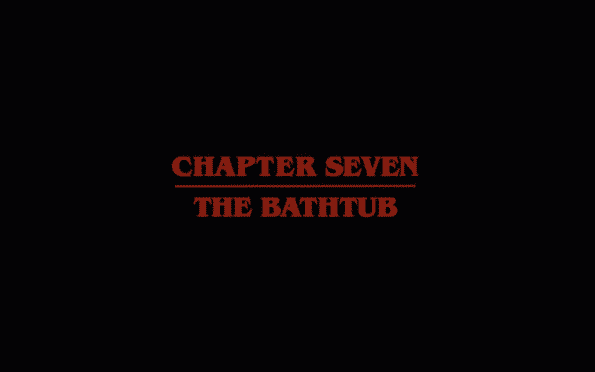 The penultimate episode of the season brings us one step closer to Will possibly being saved. But, with the way he looks, it seems time is running out. 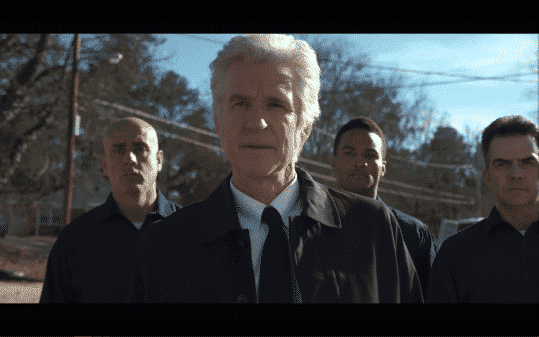 After a little more than a week since Eleven started living in Karen’s basement, she finally learns that she has been there. It starts with finding a hair from the blonde wig and expands to Dr. Benner showing up at her door making Eleven look like a fugitive. But, luckily for everyone involved, Karen and Ted know nothing so they can report nothing.

Which is of great benefit to Mike, Lucas, and Dustin since these special agents can’t seem to even track down three preteens and a person like Eleven. Who, by the way, makes up with Lucas. If only because he has come to realize how deep the situation is and while he doesn’t come out and say Mike is right about needing Eleven, it seems he has come to that decision. So with them cool now, they are all on the run back to that junkyard. Leading to Eleven having to assist by flipping a van – thus helping them get away.

Should I Stay Or Should I Go: Nancy, Jonathan, Hopper, Joyce, Mike, Lucas, Eleven, Dustin, Mr. Clarke, Will

With their bikes hidden, and them taking refuge in the bus, the boys and Eleven are fine for now. The helicopter can’t spot them and now they have some time to work out a plan. One which gets interrupted by Nancy using Will’s radio to try to talk to the kids. Something the boys don’t trust since it is assumed Nancy would easily become a traitor – which Mike takes offense to.

However, when Hopper gets on, Mike responds and in no time flat Hopper is whooping agent ass and bringing the boys to somewhere safe. There, Eleven tries to perform some kind of séance to get in contact with either Barbara or Will but she can’t. Likely because she is too weak, after all, she has only had Eggos. Plus, she needs ideal conditions. Which doesn’t include a whole lot of people staring and relying on her.

So, it is decided she needs to be in an element like “The Bath.” That is when Mr. Clarke comes in. While on a date, on a Saturday night, Dustin calls him and guilts him into helping. All under the guise the kids are looking into making this “bath” for fun. And, to some surprise, the bath works.

In the Upside Down, Eleven sees Barbra is unquestionably dead with something crawling out of her mouth. As for Will? He is alive. Malnourished, cold for sure, but alive. Though not for long. So, off Joyce and Hopper go to break into the only portal they know and being that Grace is a little bit of a bad ass now, she pushes Jonathan to go with their original plan. So they take his stuff from the police precinct and off they go. Leaving but the boys and Eleven who haven’t announced their next move. Being that Eleven was torn from her mother and thus didn’t get a mother’s love, it made her scenes with Joyce so touching. Her reassurance and how she held her after going to the Upside Down, there was something magical there. Even more beautiful than, after all was said and done, Eleven leaning on Mike’s shoulder as she continued to recover from the ordeal.

I haven’t checked to see how far the stunts went or how it was done, but the bike chase was really something. Especially when Eleven catapulted the van over them. Pushing the idea that she is becoming stronger and stronger. Which I don’t know if we can contribute that to her using her powers for others, the love and foundation Mike brought into her life, or just because she is being energized by emotions and that makes her so powerful? 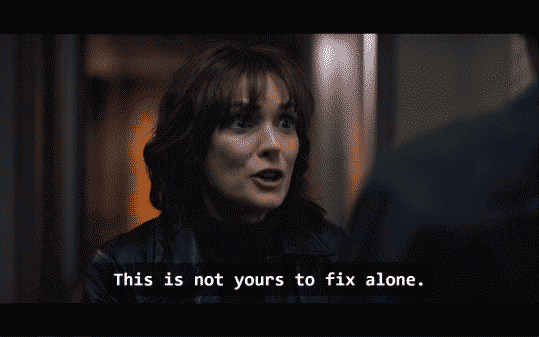 I know I said this very early on in the season but, again, I just love the Byers family. Their closeness and selflessness, it is just so beautiful. Especially since, with them being the poorest family, it is amazing how they are the closest and arguably the most functional. To the point, you have to wonder how the boys see Jonathan. Dustin noted that Nancy was once cool, but how is their relationship with Jonathan who seems cool with hanging out with his brother, and maybe even his friends?

Nancy Getting a Backbone

To think Nancy started this off naive, a goody two shoes, and very much like a princess. Now she is a bit of a bad ass. Someone who we learn can shoot well and is about breaking into a police station. Much less, despite seeing a seriously dangerous and creepy looking monster, she is ready to play champion and head back in. For while Barb maybe gone, there is still Will who needs saving.

How Is Hopper Taking Down These Agents So Easily? 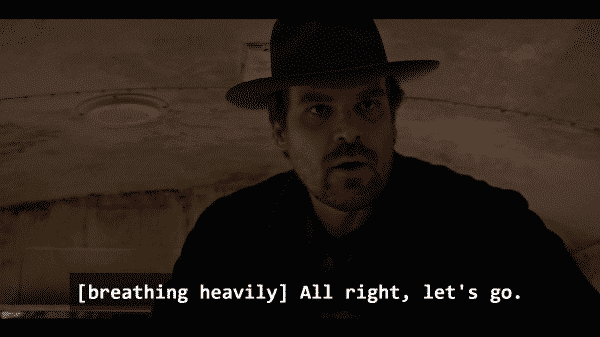 I’m trying to understand, is Hopper like so many cops who are veterans? I ask because he is able to take out people when outnumbered, when they have guns, and all that happens is he gets a little winded. It makes very little sense to me.