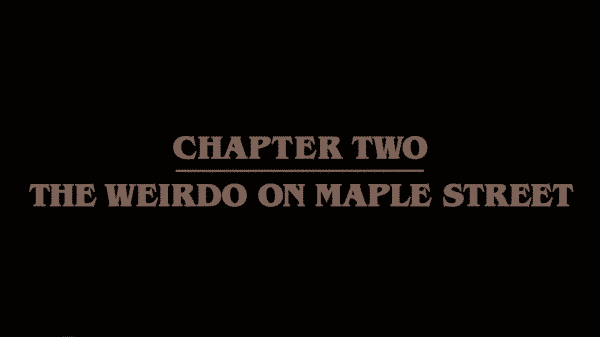 As Eleven begins to freak-out Lucas and Dustin, the search for Will leads to weird situations. All the while, Nancy might lose more than her virginity.

Previous Recap: Episode 1 “Chapter One: The Vanishing of Will Byers”

A Family In Tatters: Joyce, Jonathan With Lonnie establishing himself as a piece of crap who, even in person, shows no worries about his missing son, we see why Joyce and Jonathan are so close. Not just because they are probably just making it, but also because, alongside Will, all they have is each other.

Which is why Joyce is losing her mind with him missing and dealing with Sheriff Hopper. But then comes the phone calls in which Joyce swears she hears Will and not too long after, the phone fries. But then things get weirder when she sees something trying to claw its way out of the walls. Something that really freaks her out.

So, My Parents Won’t Be Home: Steve, Nancy, Barbara, Jonathan Teenagers right? Leave them home alone and they’ll invite friends over, get into trouble and you can only hope they are smart enough to clean up behind themselves. Which, for the most part, Steve does when he invites Nancy, and his friends, over. Barbara comes too, at Nancy’s request, and Jonathan stumbles on them and creepily takes pictures.

Of which the only noteworthy thing here is that Barbara, thanks to letting her blood drip in the pool, after Nancy told her to go home, ends up being snatched. I should also note that maybe Nancy loses her virginity? At the very least, Steve knows what her bra looks like. 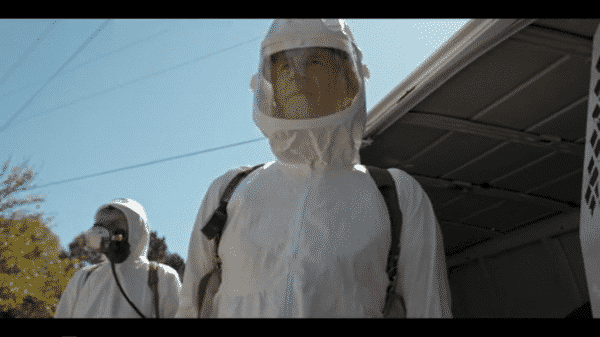 For reasons unknown, Eleven knows who Will is. Something which sets off major flags for his friends since no one, Sheriff Hopper, Joyce, etc., have any clue where he can be. So for this girl who comes out of nowhere, with minimal social skills, to know something seems off. To the point Lucas, being that he is the only one with some wits about him, automatically wants to talk to an adult. Leading to Eleven reveal she has telekinetic powers.

Now, as for whether she is a mutant, some kind of experiment or what? That isn’t told to us. All we know is that Dr. Benner is a father figure to Eleven and he likely has been part of her experiments her whole life. Experiments Hopper might be close to tripping on as he comes upon the sewer pipe that Eleven likely used to escape the facility.

Lucas demanding to know where Will is from Eleven.

What I love about Lucas, even though this is only episode 2, is that he is not only a ride or die friend, not for Eleven and her distractions, but knows when they are in over their heads. I feel like there aren’t enough characters, in situations like this, that think that logically. For while he is all for finding Will, by almost any means necessary, he seems to be the only one not enchanted by Eleven. The only one who doesn’t trust some girl with powers who suddenly appears when Will disappears.

I mean, while Lucas doesn’t reference his Blackness at all, homeboy comes off like how I’d imagine a Black character would. That is, if they got to live throughout the whole monster rampage. Jonathan and Will listening to The Clash

I’m not even going to begin to claim I understand Jonathan and how he isn’t picking on Will and things of that nature. However, him not being like that is quite refreshing. Be it because they are all they have, or what have you, they are close, Jonathan turns him on to The Clash [external] and it really reminds you that Joyce isn’t the only one who lost someone.

Yes, Jonathan isn’t flipping out and seems kind of numb, but he lost Will too. Hell, considering how we don’t see Jonathan confiding in anyone, he may not have just lost his brother but one of his closest friends. If not his only friend.

The Importance of Trust 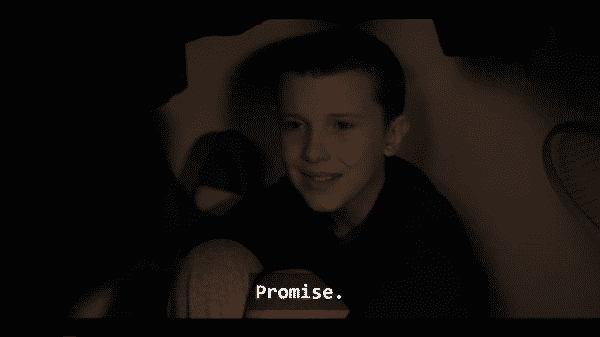 Eleven after Mike fulfills his promise of coming to get her after talking to his mom.

You know what the appeal of Eleven is? The fact that like, in a slight off comparison to the handful of autistic characters noted on this site, what we get is first time experiences within a person’s later years. Something which kind of intrigues me. The idea of learning trust, what friendship is, maybe something more, while an adult or teen (in these kids cases, pre-teen).

But what makes Eleven unique is that, so far, when we have met an autistic person, they were a boy or man who was surrounded by women. They were the ones molding him. So to kind of see it in reverse, a girl being taught social niceties by boys, is different. Something you kind of want to analyze for the boys are just at the cusp of puberty and while they shy away when Eleven is about to change, with no curiosity, you have to wonder as we get into seasons 2, 3, or even the confirmed 4 [External – IGN], how she may go from being kind of like a kid sister, with superpowers, to something more. Barbara’s reaction after Nancy has her pull up, blocks away, from Steve’s house.

I can kind of see the appeal of Barbara now. It isn’t because she looks like the average girl but more so because she has this Lucas voice of reason quality about her. While everyone else is in some false reality, being optimistic, or just plain stupid, she knows the truth. Barbara knows what people likely are thinking and planning to do.

Though, at the same time, I’d be lying if I said I wasn’t cool with the monster taking her. For while Nancy deserves to have a Lucas in her life, especially since she seems naïve as heck, I got to say she just didn’t have that personality to make her such a loss. Was she sarcastic, may be capable of wit, relatable to a point? Yeah. But not to the point of me understanding how big the hype over Barbara got.