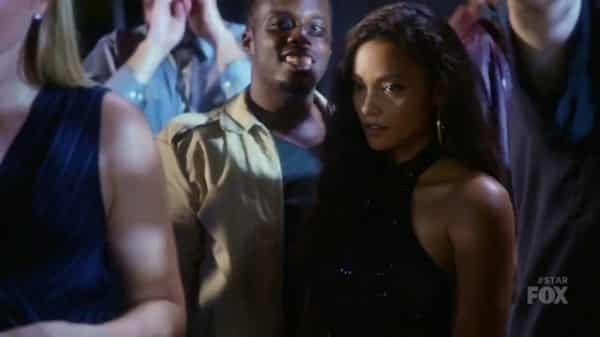 Love and distrust are in the air and with it being Star, you know no one is having an easy time dealing with their feelings.

Someone New In My Life: Miss Bruce, Maria, Derek, Alex

As Miss Bruce swoons over Bobby’s role in their life, Derek is sneaking off. Which, at first, seems like he might be cheating on Alex. Taking advantage of the sex tape and his new moniker: Brother Eggplant. However, the truth is, after his arrest, he has become an informant for a cop named Maria. Someone who wants him to use his connection to Alex, who performs at Karma, so they can snoop.

Considering Andy just barely got away with all he knows, the fact Derek is snitching is going to be interesting. Especially considering he is snitching on Cassie and you know she paranoid. Much less, while it is clear she is trying to change, it only takes one good trigger and who is Alex to her? Popping Derek, or letting Xander know who is messing things up for them, ain’t no big thing. 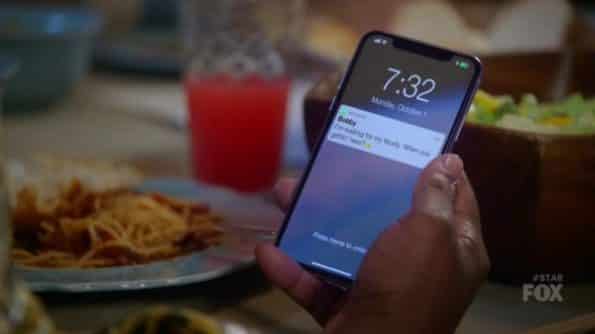 With that said, I love how big of a role Miss Bruce is getting right now. Taking on Carlotta’s responsibilities, getting a man, all smiles and giggles – I love it. I hope it lasts. But with it being Star, and every finale, mid-season or season, always having a cliffhanger with someone potentially dying, I’ll just enjoy this while it lasts.

With Derek snitching, this has Cassie paranoid and, once again, coming at Maurice. Especially since he is upping his revenge against Carlotta by getting a job at Gravity Media. Something Cassie doesn’t appreciate but with her trying to be reformed, she just gives him a dirty look.

And you wanna know how we all know she is reformed? Despite Cotton seeming like she’d try to stab her, even pointing a gun at her, she doesn’t retaliate. She just forgives as she forgave Carlotta for all she said when she saw she was hurting. Making it seem this new leaf thing isn’t just because the business was getting hard but she really wants to salvage the relationships she has. For it is clear the one with Xander won’t give her anything but heartache. 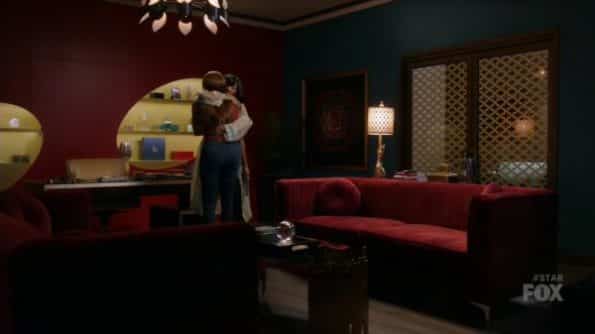 I think the Cassie experiment might just be a success. Now, as for why I call her an experiment? Well, the way I see it, most characters on Star fluctuate from getting on your last damn nerve to you wanting them to talk that s***! Problem is, the show has to have new blood and I feel with Cassie, an experiment was done to see how quickly they can make a character you downright hated and have them bounce back. This is the woman who killed Jahil, tried to ruin Carlotta, yet with a few choice scenes, you feeling kind of iffy. You wanna like her, but it is hard to forgive and forget. That’s talent right there. It might even explain why this episode has three writers – which seems excessive to me.

Let’s start off with Simone. As long established, she is bi-sexual but before Angel came into play, it seemed she leaned towards women more. With working on Black Ivy, Nina’s passion project, she finds herself dealing with feelings for women once more. Though, on a side note, it could just be particular people, who knows since Simone doesn’t really like to talk about it.

Getting back on topic, Simone learns Black Ivy had to recast Noah and replace him with Jackson – due to the budget. Which causes a bit of awkwardness for that is her sister’s baby daddy. However, when she remembers she is acting and can just pretend he is someone else – she chooses to make that person Nina. Who she confesses to and, well leaves Nina to deal with it as she will.

Bringing us to Noah. This man finds himself dealing with two men who wish he would get the hell away from their relationship. The first being Jackson who, with Star not publicly claiming him, doesn’t like Noah and Star’s chemistry. Even though neither seems to want to go down that road again. However, while Noah wants to stay out of that situation, even acts as the first supporter when they go public, he has no issues coming between Maurice and Megan.

Here is the complication in that: First and foremost, those two are grown. They aren’t some 20 something, or barely 20 something, kids. They had a kid at one time, were married, and Megan clearly still has feelings for the brother. Making Noah’s place in this complicated. Leading to complication #2: Noah is not mentally able to handle this drama. He is barely out of rehab and what put him in was all the relationship drama he had which gave him feelings of abandonment. You know, from his unresolved issues with his dad.

Yet, despite knowing Megan isn’t good for him, and her probably not sure what she wants, she has him come inside. Hopefully, a little smarter than before when it comes to this boy’s heart. Much less his addiction.

Can we talk about Star’s bag? We often talk about how Simone’s upbringing made her have issues with trust, even Carlotta’s dysfunction but forget Star. Maybe it is because her main way of coping has often been shown as lashing out. Getting someone before they get her. Yet, with Jackson, I feel she is a bit more subtle since she really does want to let that bag down and maybe empty it out. Perhaps even get rid of it.

Thing is, after guys like Hunter, who seemed real cool and all, she doesn’t want to make that same mistake again. At this point, I think Star just wants someone consistent who she can rely on. The lovey-dovey stuff is nice, but she’d rather a ride or die than a loyal dog who can turn into a b****. 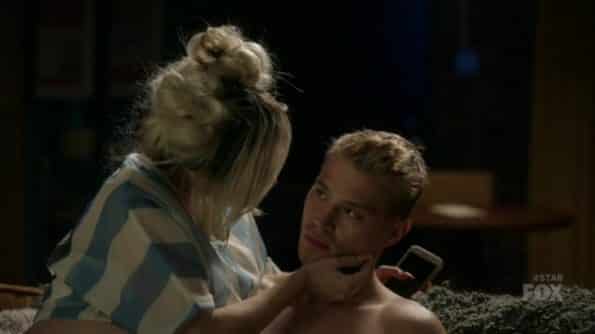 As for this Noah thing? Can I just say I love how he and Star have settled into this relationship where it is Mary had a son Star just found out about? Actually, considering those two had sex, let’s just say their closeness, despite their past, is just adorable. Especially since, even without there being romance in play, they still look out for each other, can ask favors, and have this vibe which you can understand Jackson being uncomfortable with.

Switching to Megan, is it wrong to say I think she likes all this attention? Not to say she is playing both Maurice and Noah but she definitely isn’t saying or doing what’s necessary to fully shut Maurice down. That kiss alone was proof something may be left over. It’s just that baggage is hard to unpack. Perhaps that’s what makes Noah like Megan so much. Maybe she reminds him of Star in a way, just a little less rough around the edges – and less likely to cut him. That is, him loving she is this ambitious woman who uprooted herself to start over, is thriving, and has this willingness to be there for him like only a few have done before. Especially those who aren’t trying to make money off of him but truly be there for him.

Though, a part of me feels, until he has really dealt with his issues with Bobby, to the point they don’t flip on each other on a whim, Noah won’t have a functioning relationship for long.

I doubt he is going to play a big role in the future so I’m not even going to check his name. All I wanna say is, the takedown the girls of Take 3 did on the boy, their song especially – I LIVE FOR IT! Especially lines like, “I murder beefs like I’m a carnivore and you a vegan.” I don’t know who wrote the song, who wrote lines like that, but I hope they are on lock for more than just this episode or season.

You put too much on your plate you gonna break the whole damn table.
— Miss Bruce

I murder beefs like I’m a carnivore and you a vegan.
— Star