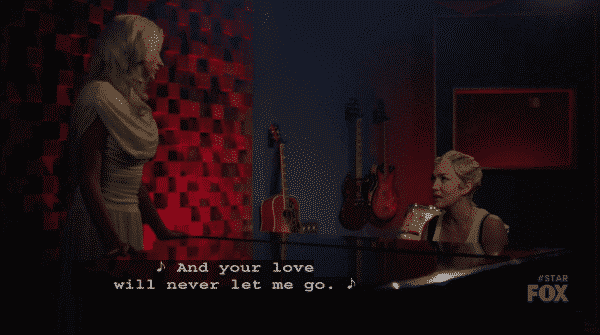 Be it the recent or distant past, everyone’s seems to be thrown up in their face. If not in an untrustworthy person’s hands, through reminders of recent failings.

Since she got out, Cotton has had a hard time trying to balance Elliot and Omari. Elliot is this genuinely good guy, husband material, but boring. Omari on the other hand? She and he get so kinky Star gets triggered when she sees a bruise. But, it ain’t like that. They just go hard. But who needs good, rough, leave your weave crooked sex when someone else, a man with money, is offering you marriage and a house?

However, as has been made clear, Cotton can’t be happy because no one on this show is allowed to be happy. So, just as Elliot and Cotton are around Cotton’s house, Omari shows up. He shows up, blows up her spot, she dumps him and Elliot promptly dumps her. Leaving her with neither.

But things are slightly better for Jahil and Brody, when it comes to Arlene. Though they have a little spat during their reunion, they decide to join forces to play Arlene and get 500K out of her. Thing is, what Jahil didn’t think of is Brody killing Arlene. Something which comes about for a multitude of reasons. Be it her blackmailing him to screw over her daughter, trying to hide what her son did, and just her being a cruel old nasty woman, she had to go. Plus, with her gone, that allows Star to really close a chapter of her life for good. So now, who needs to bring up Hunter and that whole situation? That can now be a family secret. One Brody really tries to use to show he is on her side by adding some cash to his apology. 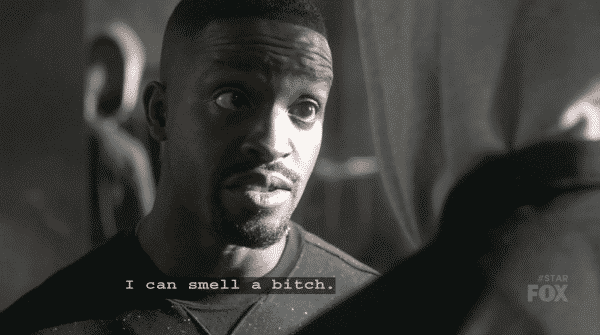 With Noah already having an album out there, a classic in Star’s words, and Take Three having Atlanta’s NextFest as a badge of honor, Andy and Angel are the underdogs here. Yet, they have Jahil. Someone who is pro Andy and Angel being sneaky and petty, they go on the offensive. It starts with Andy being snarky during a group radio interview and gets worse during rehearsals. Especially when it comes to Noah who he just goes in on. I’m talking about making him feel washed up, bringing up Lucky, and reminding him that despite who he thinks he is, look at him in the position with a bunch of rookies.

All of which messes him up and leads to him drinking. Though, Star tries to bolster his confidence. Not by much since that Alex thing still burns a bit, but she tries to at least have the man curb his drinking. Which ultimately doesn’t help for Noah decides to eventually lash back at Andy until Maurice drops a bomb on them all. Said bomb being that the showcase is do or die for the label.

But, while Andy is focusing on Noah, and doing quite well with a quick takedown, Angel is going for the long game – with Simone. Bringing us a situation which seems kind of complicated. Now, as noted way back in episode 2, the possibility seemed to be there for a long time. However, with Simone seemingly being queer, that idea got tossed out. However, Angel puts some moves on little Simone. Nothing sexual, more so personal. Which, even with Simone still having feelings for Karen, you know – she ain’t around. Plus, just getting that taste of love, having something all of her own, you know she misses that.

So with Angel talking about his mom being who knows where; practicing the moves with Simone, who you know has never been the best at remembering a routine; and just seeming real with her, you can see some butterflies develop. But then Karen shows up. Leaving you to wonder if Simone may follow Cotton’s example and ruin the good thing and the one who gets her kind of hot and bothered.

You Gotta Face Your Past: Carlotta, Simone, Star, Brody, Mary All that Ayanna has done for Simone, all that Brody is trying to do to win Star back, it leads to Mary being brought up – even appearing. After all, she haunts these people and avoiding her fate is the goal in more ways than one. For Star, while she loves her mom, she repeatedly is trying to avoid her mistakes and basically, outside of the drugs, is repeating them. For Carlotta, she so badly is seeking redemption through Simone, she won’t let Ayanna help her.

But let’s be real, Carlotta playing, as Simone calls her, a social worker toward her, is very complicated. After all, what Carlotta is trying to do is pay back Mary and redeem herself. Mary took care of Cotton while Carlotta was locked up; Carlotta didn’t step in after Jahil and Brody chewed her up and spit her out; because of her, Star and Simone got trauma you would not believe and, what I think is also a big factor is that Simone would have been Carlotta’s second chance to be a good mom.

Which isn’t to say she necessarily did anything wrong with Cotton. If anything, I believe the idea was to show she learned something from her mistakes with Cotton. That she actually learned something through all of what she put Cotton through and could prove to herself that she is capable of being a good mother. After all, if she could be there for Simone, raise her and protect her, it means that maybe in a multitude of ways, she is worthy of forgiveness.

Leaving one last thing: Brody and Star. Now, we already went into him killing Arlene and him attempting to give them both a fresh start. However, then came Mary and a new rendition of “Unlove You.” What seemed like a song which forever would be connected to Hunter but now also can be related to Brody for Star, and maybe Mary as well. For even if his means of trying to win over Star was twisted, like she said, he is the source of all her trust issues.

Yet, so comes the question: If he can be redeemed, does that mean the others could have? Much less, it is another one of those moments when we are reminded that no matter how much Star tries not to be her mother, she follows in her footsteps. Making it seem, ultimately, maybe the song isn’t just about Brody. Perhaps it is about Star coming to terms with who her parents are, were in Mary’s case, and accepting them as she has come to know them.

The Past Never Leaves You

Maurice noting that Carlotta’s guilt over Mary is clouding her judgement.

While a lot of Star’s, the show itself, drama can become a bit eye-roll worthy, every now and then it gets real with you. Like Ayanna got reminded with Simone, you remember part of the messiness comes from a lot of characters not having the best foundations in their life. Thus, it opens them up and leads them to do foolish things.

I mean, it isn’t revealed to us whatever it is Miss Bruce learned about Ayanna, but it seemed like blackmail material. What perhaps is from a hard time in Ayanna’s life that is the reason she is now arguably an ice queen. One moment, if not a series of them, ruined her reputation for perhaps decades. The same goes for Carlotta, the same goes for Star, Simone, Noah, Angel, Jahil, Brody, and probably more.

Everyone we see is trying to escape their past but it keeps coming up. Perhaps because they never truly learned from the mistake. Hell, they may not even be running from the situation but escape the lesson they could have, should have, and probably need to, learn. Leading to the tie that binds the majority of the cast: Mary. Everyone is trying to avoid what she became, trying to prevent someone from becoming like her, and making her seem like the source of all their woe.

Thus crafting her into this ghost who lurks everyone’s shadow.One they attempt to ignore or appease to get her off their back. Yet, especially in terms of Simone and Star, the more someone, if not themselves, try to distant themselves from Mary, the closer they come to know her.

For Star, it is her horrible relationship with men and with Simone, it is her drug use. Of which isn’t anything which pops up on a drug test, but relying on drugs, without a bit of therapy, is how Mary lived her life. Really pushing the idea that, as a whole, this show is about history repeating itself and the cycle not breaking for everyone is just trying to be the spoke on the wheel not dug into the ground. 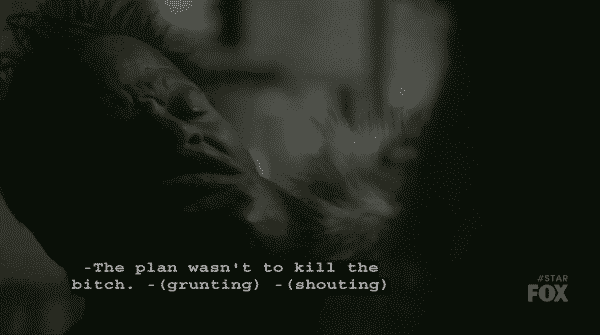 With all that is going on with everyone trying to get their life together, Arlene, the unseen gangsters, and all that nonsense just seemed so out of place. Making her dying, and hopefully that not becoming a big deal, a blessing. For as just gone into perhaps too much, Star can manage its drama when it focuses on characters trying to redeem themselves, better themselves, and escape bad situations. However, as it goes into “Whodunit?!” territory, and tries to throw in gangsters and all that nonsense, it starts to flounder.

So here is hoping the writers have learned what does and what absolutely does not work for this show, and are keeping that in mind going forward. 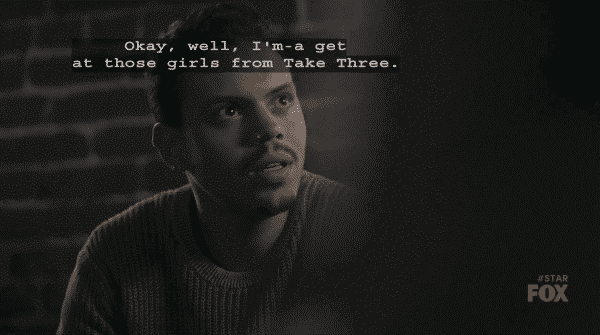 Let’s be honest, assuming Angel is sticking with the plan of getting into Simone’s head, I bet you what started out as some form of malice will turn into love. Of which, Simone is going to learn from Star the truth, get into a fight with her, then Angel, and yet things end up all copacetic. That is, if the show follows the usual pattern most programs do.