Alex really begins to take center stage but best believe that Star isn’t going to let that last for too long.

Payment Is Due: Brody, Arlene, Star 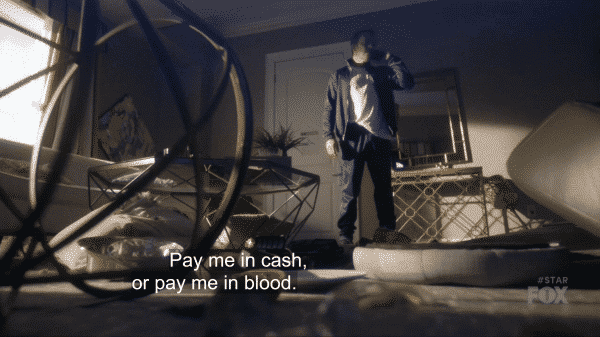 The loan shark are growing inpatient and are threatening Star, so Brody visits Arlene trying to be done with their deal. However, after Star’s threat in the beginning of the season, Arlene won’t be satisfied till those pictures are gone. What she doesn’t factor though is that, despite the piece of trash Brody has been, he still does care about Star. Hence why, when he steals the phone with the pictures, it becomes questionable if he may wipe them out or hand him over.

Heck, considering the kind of guy he is, or people say he was, he may end up blackmailing Arlene. After all, he now has the pictures and video required to do so. 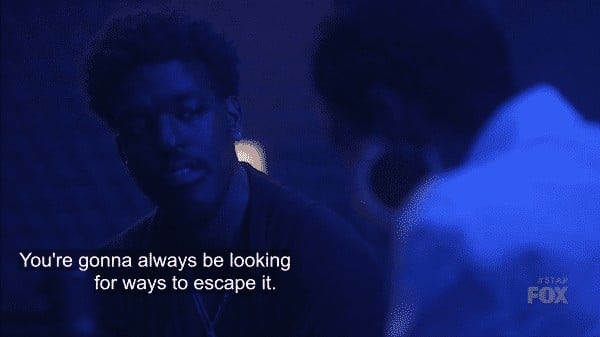 To begin, Cotton is royally messing up her life. She has been shacking up with Omari and missing work – a week’s worth. So, Carlotta and Jahil do some hunting, Carlotta shoots Omari in the foot and they bring Cotton home. Leading to some backtalk and Carlotta being just about done. To the point she actually wouldn’t mind Jahil sticking around, with his big ole’ RV, just to provide support. Yeah, it is that bad.

But, as usual, any and all Carlotta drama does not compare to Star’s. She is increasingly jealous of Noah and Alex’s faux relationship to the point she has to assert herself into the picture. Which, just as quickly as it seems the people invest in Noah, so comes it crashing down when it seems like he cheated on Alex with a white girl. Luckily for him though, Alex doesn’t know it was Star, but Simone does, and the sisterhood leads her to keep her mouth shut.

However, the damage is still done and with Noah drinking away his sorrows and really messing up in Ayanna’s mind, he gets constantly reminded how other labels didn’t want him. Which, you know, with him losing his best friend less than a week ago, the kid who pushed and believed in him, it is sort of isolating. Especially since Star wants to keep her true feelings for Noah on the DL and Noah’s relationship with Alex is just PR and business at the moment. 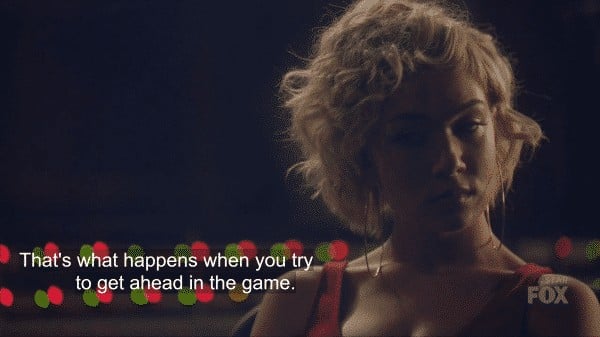 Which is why he probably steals Joyce from right under the girls after Star mentions Joyce was coming by the studio. Thus causing major issues for Alex built their new song around Joyce and now she has to retool it. But, more issues arise as Joyce nearly ODs on some lean and seemingly has to be off to rehab. Thus leaving her out of Noah and Take Three’s song.

Then, to make matters worse, Ayanna decides to redo the whole showcase. One, she moves it up since her dad doesn’t like the numbers for the last quarter. Two, she decides to make it where it opens with a group number and ends with Alex and Noah’s duet. Lastly, while she puts the girls in, thanks to that duet, you can see the wheels turning in Star’s head. After all, while she may believe in Alex’s talent, when it isn’t benefiting her, that causes issues. So expect that Star is going to throw more monkey wrenches into Noah and Alex’s relationship. Especially since he kisses her and it led to Alex having a sex dream.

Probably meaning, especially since Derek can’t get hard for her but can for Soraya, the clock is ticking on that relationship.

Star Got Feelings Too 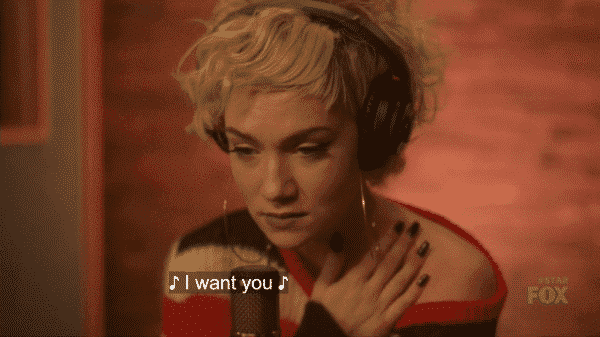 Considering how calculated Star can be at times, even low-key manipulative, it is always nice to remember that whole bit is a defense mechanism. Thanks to Brody, foster parents, and guys she dated, she came to the point where she has no choice but to act like this. Why allow yourself to get played again and again, used up and tossed out, and end up with nothing but heartache and a story?

So while I know a lot of people may not dig Star, I do enjoy how, in this season, there is a balance forming with her. We get as much that around the way girl, do whatever it takes – even if it means giving up some ass, persona, paired with this person who just wants to make it. Who doesn’t want to end up like her mom, her dad, even low-key her mom’s best friend, and wants to actually achieve her dream and not settle for some mediocre life.

Which may sound a bit disparaging toward Carlotta, since it isn’t like owning your own shop is a terrible thing, but between Cotton, addiction and other things, what else was she going to do? Unlike Jahil, she doesn’t, or didn’t, get the chance to make some kind of comeback. And I think Star looks at that and realizes that it really may mean now or never. So with her going from the Beyoncé of the group to Kelly, you can understand why she is getting a little worried. 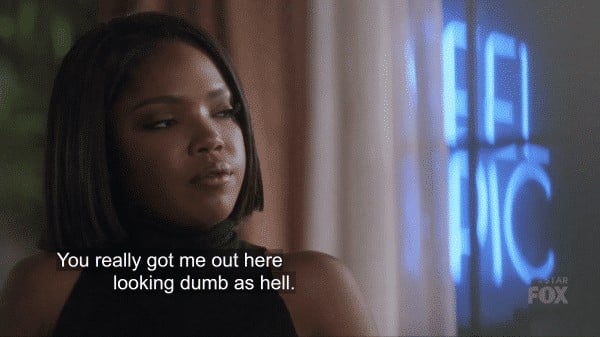 For a long time, maybe since the beginning, Alex just never clicked with me. She is this privileged girl roughing it just to prove a point. Which, I won’t lie, is kind of admirable. However, she always remained very bougie and even with all that has happened with Derek, she remained in the background. Having a few cute and romantic moments, but not much else.

Well, nothing has really changed but who she is being romantic with, but I will admit how she is handling Noah seems to be more beneficial to her than him – and I’m here for it. Primarily because their relationship, when it started, was about the music and it reminded us that Alex doesn’t need Star. Her talent transcends Star’s voice and the notoriety she gets from being a white girl who has a touch of soul in her voice. Just a touch.

And so with her now being in this weird love triangle featuring Star, Derek, and Noah, she has been made the center of attention and honestly, Ryan Destiny is handling it well. So here is hoping her time in the sun isn’t wasted. Especially since Star and Simone always got some drama planned to make her into some kind of an afterthought.

One of the main issues with Empire and Star is that each season seems to have a different person behind the music. So it means different styles and beats. Now, in a way, I was thankful the show itself noted how nothing Take Three was putting out was popping. Based off YouTube comments you’d think otherwise but outside of “I Ain’t Thinking Bout You” and “So Sick”[Amazon – External], there wasn’t anything worth putting into your daily rotation. However, the music we hear on this episode? It makes me glad most albums end up on YouTube for free and of course legally. 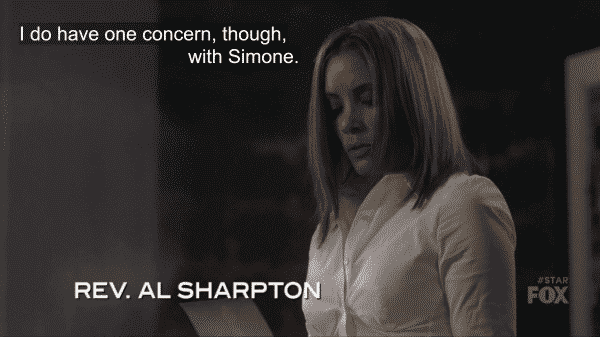 Ayanna’s increasingly close relationship to Simone I think is beneficial for both characters. For Simone, since she no longer has Karen and clearly isn’t trying to be all that close to Star or Carlotta, she still finds a way to have someone for herself. Especially since Brody seemingly dropped trying to treat her like his other daughter.

And Brody’s loss ends up being Ayanna’s gain. For while she does have Jahil, to a point, he is portrayed as more so a stress reliever than a boyfriend. Someone to confide in, you know. So I can fully imagine Simone getting attached to Ayanna and maybe even defending her when the group bad mouths her. Heck, she already has custody of her so imagine them making an honest go at having a sort of guardian and child relationship… where are my tissues?

Despite the notoriety of her story, in a multitude of ways, Cotton has sort of been drowned out and has become the new Alex. Which, even with Carlotta and Jahil tag teaming on her, even Carlotta shooting someone, honestly Cotton still remains a bit of an afterthought. But what do you expect when you have an ensemble show which kind of wants to touch on a little bit of everything. Be it how white girls can be down, showing a bougie Black girl, one with substance abuse and mental issues, having a decent sized LGBT presence, and more? Eventually, certain things are going to take priority while the rest we get occasionally reminded of. Hopefully, so they can return to prominence at a later time.