We find out Jahil was alive!

One of the synonymous words to call Millennials is the “Instant Gratification Generation.” An accurate name for while Star understands the struggle and hustle, her peers are letting setbacks bring them down.

While Carlotta is trying to keep “Big Trouble” from becoming “Big Pain in My Ass,” unfortunately she has no time to try to get things in order for Simone nor handle her shop. But, at least for the shop, she has a backup in Ms. Bruce. As for Simone, she is stuck with Dee (Angela Marie Rigsby) bullying her. That is, until Dee’s friend sticks up for her. Something which leads to said friend getting messed up. Dee hanging in her room.

But, then something odd happens. Likely because her mother didn’t show up and someone came at her neck over it, Dee kills herself. Something Simone is the first to witness. 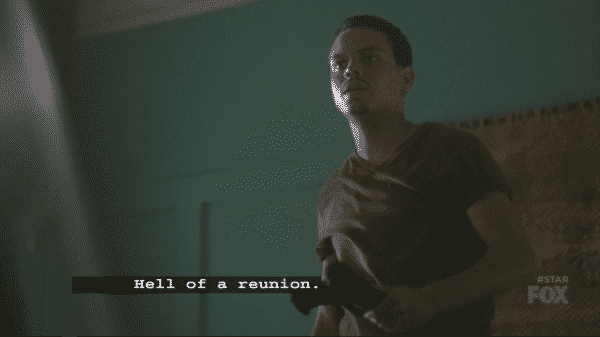 Lo and behold, Jahil is alive and in Florida. He goes to visit his brother over money owed and learns his nephew Angel is quite a beat maker. In fact, he wants to follow in Jahil’s footsteps. Something that is a bit of a red flag for Jahil but only because he has been around and gotten into a lot of dumb stuff. So his nephew wanting to go to Atlanta and be like him is a bit frightening.

But, he might get to join his uncle at a later time. Right now, Jahil is just trying to see if Maggie has maybe cooled down her heels to the point it is safe. The answer? Kind of. With Hunter and Eva dead and Jahil getting his butt whooped on arrival, they may be some peace between them. Luckily for him, the person who helped him seem dead, Carlotta, is also the first person he can go to when he returns. Leading us to see that even with all the years that have passed, there is still love between these two. Past the child they made together. 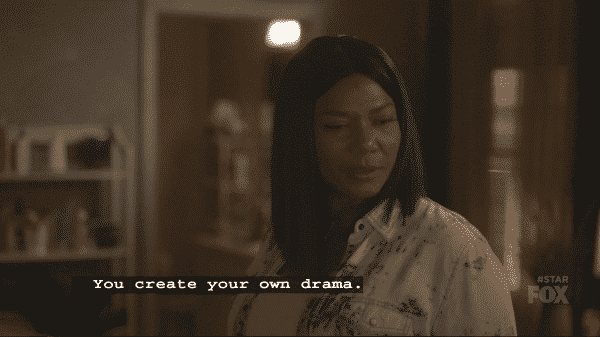 Carlotta noting that Star created her own drama.

Star is her greatest advocate and her worse enemy. Also, like the rest of the girls, she is getting a little frustrated by the lack of traction when it comes to their careers. However, while Alex decides to start being a thief to get some kind of thrill out of life, Star and Simone sacrifice as they always have. Star by offering a date to a boy to shoot a video and Simone kissing Rachel who said that would be what it took for that video to be on her website.

Which promptly gets taken down. Not only that, Ayanna is so upset about what Star and her crew did she decides to bench them. But, to make matters worse, after Star vents about what Jahil would have done and talks to Carlotta about changing management. So Carlotta goes off on her and calls her selfish, among other things.

Leading to Star going to the studio, kicking Noah out in the process, and trying to figure out her next move. However, what can she do? She is under contract. Well, here is how Jahil returning does good: Even though a lot has gone down between the two, Jahil is a smooth talker and knows how to bring the best out of Carlotta. So he gives some advice on how to handle Ayanna and Carlotta comes correct, a little bit aggressive, and offers what Ayanna wants.

In Carlotta’s mind, that video that Star made can get 100,000 views and if it does, that means Ayanna has to put the girls in the showcase competition. Something which is agreed upon. As for Star, after kicking out Noah he returns and with seeing all this pent-up frustration he pushes her to put that emotion in the booth. Thus producing, “Little Bird.”

Keke Palmer shows up as Grace, but only for a hot minute. 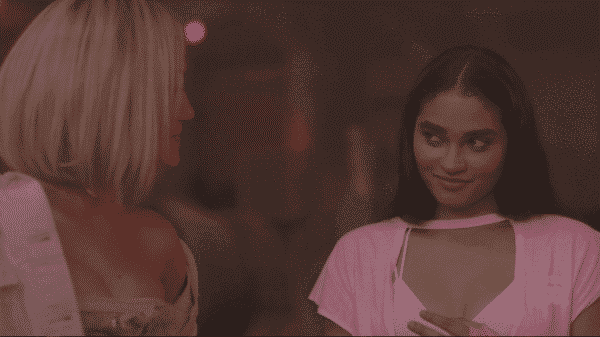 Simone just going for that kiss with Rachel and then looking at Star shows that as much as she may judge her for trading her body for progress, she gets it. Hell, she might even be down for it at this point. After all, people are beating up their own best friends where she is now and then later on killing themselves? Simone may not have been as serious as Star may have wanted about this music thing but Dee’s death seeming was a serious wakeup call.

Jahil Returns With His Debt Clean

Though I didn’t like Jahil much in the first season, it was only because I couldn’t get into his schemes. Between Maggie and the whole Eva situation, it just didn’t mold well with the overall show. It seemed like there was preparation for a spin-off going on which went absolutely nowhere. Especially considering there were government officials involved and so much more.

However, with that gone, and him back and about the music, I think we may actually get some bangers out of “Big Trouble” again. Especially with Angel, sooner or later, joining his uncle in Atlanta and I am sure, between Star and Simone, who I’d love to see get a boyfriend – a good one, he is going to get snatched up. Thus giving us good music and a swoon-worthy couple to replace Alex and Derek.

Miss Bruce has been a source of comic relief since the first season. However, with Derek calling them a freak and Miss Bruce getting opportunity to run the salon, so comes the hope something might be done with this character. I’m talking beyond the usual doom and gloom of Trans/ gender non-conforming people or them being flamboyant and fabulous.

I don’t know about you, but I’d like to see what life is like for Miss Bruce outside the salon. What their love life is like, what was life before Carlotta welcomed her into her salon? I just want more than one-liners and the occasional insult thrown their way with a quick comeback. There is something about Ayanna, the true Ice Queen, that makes me want to know her life story. Especially after Carlotta reads her and notes she is the Black sheep of her family on the last opportunity she has to prove herself. Making me wonder, was she a screw-up? She seems so put together and professional. Are looks deceiving?

Alex, Why You Stealing Girl?

Alex has always struggled on this show to be more than simply the writer. For a time there was the cuteness of her relationship with Derek but it seems Star’s words in the first episode, dealing with things being a distraction or holding them back, are starting to hit hard. Plus, while Derek is supportive, it has to be hard to vent to someone who can’t walk now. To really make life seem so unfair and hard to someone who wasn’t born handi-capable but became that.

So, since going to Derek with her problems has lost its effect and there still being this sense of other with Star and her people, Alex goes to shopping. Which you can understand since she is a rich girl and retail therapy makes a lot of people feel better. But then she decides to steal a diamond bracelet and it leads you to wonder what sort of thrill is she seeking? Or is it just she, like Star, want to move out of Ms. Carlotta’s house and she is desperate to do so without asking her parents for money?

I mean, it could be a cry to the audience to care but, honestly, without Derek, never mind being an ice queen, as Ayanna calls her, she is just boring.