In a pseudo-Eliza focused episode, we’re reminded how well to do her family is as Bridgette is reminded how much of an outsider she is.

Rafi and Nelson reveal to Bridgette that they are getting married and while this is kind of a pinch to her ego, the blow comes in realizing Larry is invited, but she isn’t. Which for her is a problem since she supposedly was Nelson’s friend and with Rafi and her relationship seeming better, it makes it look like any closeness they had was all in their head. This insecurity especially becomes validated when she realizes Rafi changed her name from Baby Momma in his phone to her government name. Making her feel their connection has been sterilized.

Being that Bridgette isn’t the whitest of white girls, but her skin isn’t Black, it makes her often feel like an outsider. This isn’t helped by Eliza only calling on Bridgette for weed, and not inviting her to a party at her dad’s house. Though, in her defense, Bridgette is a bit green behind the ears when it deals with people of color. For example, someone offers to braid Larry’s hair, and he gets a bit scared and agitated during the process, so she gets hers done too. During that, she notes she thinks she was a slave in the past life. So, yeah.

However, she doesn’t go that far around Eliza’s family. She really pushes being seen as a play cousin and seems innocently ignorant about how cultured Eliza’s people are. But, in the end, Larry got to play with kids who look like him, she got to learn about Black sororities and Eliza’s people and got to escape her Rafi drama.

You Got A Friend In Me: Eliza, Bridgette

With her relationship with her mom always in flux, a wake-up call from Rafi and Nelson, and Eliza presenting this whole other life Bridgette is not privy to, it makes her feel lonelier than ever. However, Eliza clears a few things up. For one, weed didn’t help calm her down from her panic attacks as much as Bridgette’s company did. Two, while not Black, she and Bridgette are close and have a sisterhood of sorts. Not something that can easily, or should be, compared to Eliza’s skin folk, her sorority, or even her family (play or otherwise).

Eliza & The Black Side of the Boston Area

Boston, according to World Population Review is hovering around 50% white and nearly a quarter Black. So, to say it is a bit strange how little Bridgette has come across Black people not related to Eliza wouldn’t be weird. Especially since, as shown, Bridgette seems to feel more comfortable in urban spaces, around Black and Latinx people than the Ally types. But, what makes her peering into how the other half lives, Eliza’s people especially, so important is that they are complete opposites of Rafi and his people.

From the beginning, while Eliza has appeared to be a bit of a mess, it was noted she was from a brilliant family. One with doctors, well to do people who finance their children’s education and sometimes their lives. The type of stuff you really only get in soap opera styled shows and not so much dramedies like this. And I think, even though Bridgette watches TV, the whole experience was foreign to her. Though, in general, I think Bridgette is in such a tight bubble that when it comes to people of color, she doesn’t know how to act period.

But, Bridgette’s reaction aside, it was also good to see the anxiety which comes from such expectations as well. For taking note of how well everyone was doing in Eliza’s life, surely she felt the opposite growing up than what Bridgette got. I mean, her dad expected her to become an astronaut. That, by no means, is an easy task and is highly competitive. So to see the weight of that and her father’s sense of perfection begin to really weigh on her gave additional layers to Eliza.

Bridgette As The Outsider

Bridgette is somewhere in her late 20s or 30s right? Yet, despite growing up or around people of color, she thought it would be okay to say she believed she was a slave in the past life. That statement, ignorant as hell, also shows how much Bridgette wants to feel connected to something or some kind of community. One that is either close like Rafi’s family or has the upward mobility like Eliza’s. For the family and sort of community that Tutu offers? It’s kind of toxic and isn’t providing the support Bridgette needs, beyond a babysitter on occasion.

So, of course, she wants to see down, get an honorary membership and is invited to parties and family things. As noted with the play cousin thing, she wants to choose and make her own family, and after all she has been through, each time she thinks she has found one something happens. Leading to, at this point, her probably not thinking it is because of the other person but her. Which is a devastating realization.

Something about the Hank situation made me think of Aziz Ansari and his debacle. The weirdness of going over someone’s house, the conversation going left, and next thing you know things are getting sexual. But, also taking note of Bridgette’s history, her writing it off as a bad date says volumes as well. Almost like what happened should be expected and written off. That she was partly responsible for going over there, letting things go too far, and not saying she wasn’t into it.

And all of this could have been far more interesting if Hank didn’t seem like a character who was on for a gimmick. Since clearly Bridgette wasn’t over her hang-ups and only saw him because Eliza’s extended family got into her head about being alone. Perhaps pushing the idea that you should settle and that leading to a whole other conversation about relationships for those who are, I want to say disabled even though the word doesn’t feel proper for Hank. But with Smilf cancelled, due to Frankie Shaw’s inexperience, it seems the show won’t get to build off what is noted in this topic further. 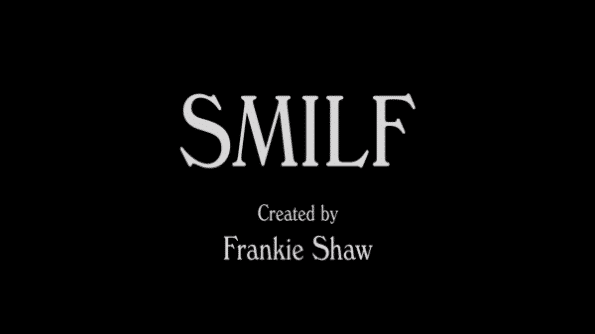 Get A Showtime Subscription Through Amazon

Bridgette As The Outsider - 80%