Between bad timing and bold choices, many cast members find themselves either unhappy or unsure how to react to the position someone put them in.

With Erin having 13 months sobriety, she takes Maeve to an NA meeting hoping she can see her commitment to the program and forgive her. However, with being put in such an awkward position, Maeve rejects Erin, for the moment, but later reconciles with her as we’ve seen before.

Aimee is still dealing with the effects of being assaulted, and while Steve knows what has happened, they don’t talk about it or how that is making it so Aimee is uncomfortable with sex. Leading to the possibility that, between Otis or Jean, one of them might get a visit soon.

You’re Annoying The Hell Out Of Me: Jakob, Jean

Like Remi, Jean finds relationships difficult but what makes things harder for her is Jakob is always around and seemingly has very little interest in adapting to her and her lifestyle. With that in mind, she reveals her kiss with Remi, and we’re left wondering if Jakob may shake it off or it will be a problem. Isaac, the person who uses a wheelchair who lives across the way from Maeve, she spends time with him after blowing up on her mom, and while his sarcasm gets to her, he might become a new friend. One who understands the complicated nature of having a parent who is unreliable, or just not there, thus forcing you to be independent.

Maureen decides, after a sex class with Jean, that she wants a divorce. She misses feeling pleasure and that certain feeling of excitement and Principal Groff no longer desires to give it to her so, she’d rather call it quits. Leading to him wanting to live at the school and as for Adam? Well, he doesn’t say much about it when he hears the news.

This Is The End: Otis, Ola, Maeve

Ola decides to break up with Otis after realizing she is not only pansexual but isn’t in love with Otis. Said decision, unfortunately, comes after Otis tells Maeve he can’t see her anymore due to Ola’s insecurities, which when you consider Isaac coming into Maeve’s life, is overall bad timing on everyone’s part. But things go from bad to worse for Ola when she decides to live out her sex dreams with Lily and passionately kiss her. Leading to her seemingly being rejected, though maybe just making Lily immensely uncomfortable or confused. After all, Lily hasn’t really pushed the idea out there she is into girls.

The Chosen One: Rahim, Adam, Eric

Eric ignores Rahim for a few days and lives in a faux bliss with Adam who only sees him at night and is very secretive about their relationship. But, after Otis points out how ridiculous that is, Eric comes to his senses and decides to become Rahim’s boyfriend.

Where To From Here: Remi, Jean

Thanks to his sex addiction, Remi’s latest marriage has come to an end, and now he is stuck with Jean trying to figure out his next move.

Ola Discovering Herself & Getting Rejected

While we love Ola, and knew she’d eventually break up with Otis, the transition from Otis to her wanting to be with Ola was terrible and made me happy she got rejected. Plus, unless I forgot something, wasn’t Lily trying to get a steady supplier of penis? Not that Ola couldn’t pleasure her, but it’ll be very interesting how the show handles the idea of unrequited feelings between someone who is possibly heterosexual with someone who is not. Especially since the norm is usually self-discovery and finding a partner who has just been there all this time.

Not always, but usually.

Maureen Asking For A Divorce 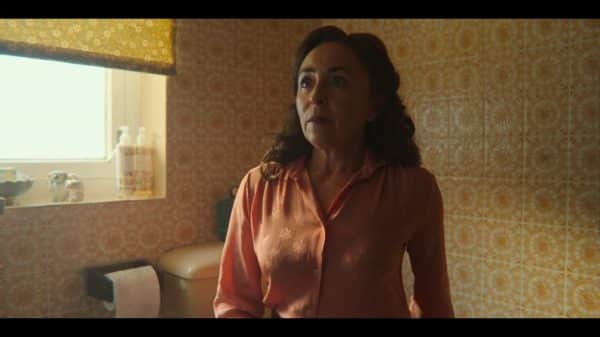 Though Maureen could become a problem in the long term, since she is a bit of a dry character, like Adam, her breaking up with Principal Groff was certainly a highlight. Specifically, him becoming so emotional after it happened for it reminds you that the man does have feelings. It is just he is scared to express them and has a real love for being in control and the one who has the upper hand in power dynamics.

While there is some fear Rahim’s fate could become like Ola’s, where it is all cute now but he is just there to take up time, it is only right to enjoy this while it lasts, right? After all, it is like we said, Eric and Rahim are both people who prefer to live out loud, and as shown by Eric’s hesitation, he was starting to adopt Adam’s fearful ways and hiding how he expresses affection and love. So while there is a chance Rahim just gets him accustomed to being public and Eric forces Adam to do the same to be with him, let’s enjoy these two together until it inevitably ends.

The Possibility of Remi Sticking Around

There is just nothing really of value when it comes to Remi. Could he pursue a redemption arc? Yes. But he isn’t necessarily a character you miss when he isn’t around. Also, with Jean having Jakob, and Otis having so many characters to spend time with, who is Remi going to bond with? Or will we just see him steal from Jean again and then disappear?

While we’ve seen Isaac around, this was the first episode he had more than a couple of lines and said anything worth note. So it should be interesting to see how he develops from here. Will he just be Maeve’s friend, a possible love interest, or just someone she gets to relate to as her mother continues to try to win back her trust?

Where Aimee’s Storyline Is Going Aimee is such a strange character. Something rather serious happened to her, and it seems most of her feelings about it more so stem because of Maeve beating it in her head how bad it was, and now her unable to process the residual feelings. But, despite how serious the matter should be treated, it is handled with a jokey vibe that throws things off. Making it so it is rather hard to take how this is affecting her as seriously as you know you should.

Where Aimee’s Storyline Is Going - 74%

The Possibility of Remi Sticking Around - 65%

Maureen Asking For A Divorce - 80%

Ola Discovering Herself & Getting Rejected - 84%