Samantha! doesn’t necessarily begin with a bang but you can definitely see potential for this odd Brazilian comedy.

When Samantha was 5 and a famous kid actor of the 80s, she was on top of the world. However, thanks to her attitude, in 2018, all she has is her two kids, crappy agent Marcinho, and what could be seen as her father figure – Cig. But, with ex-husband Dodoi just getting out of prison, after a 12-year stint, she finds herself in the position to make a comeback off of his fame. That is, until old bad habits and Cig’s death derail her plans a bit. But at least she books a liquor commercial with Dodoi right?

It Gives Room For The Leads To Be Redeemable 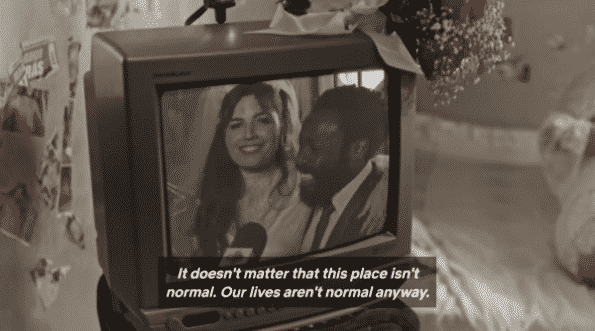 Though a bit of an unwarranted diva, and exploiting Dodoi to return to some sense of fame, Samantha isn’t completely a terrible person. Yes, she fires dancers because she can’t keep up and probably wasn’t as kind to Cig, whose name surely couldn’t be that, as she should. However, she does show herself to be a good mom and though Cig probably deserved better, it seems he was seen as family.

Then with Dodoi, as much as he is probably a drunk, and who knows what else, his attempt at getting his family back is admirable. Especially since the kids take to him well and he seems to be genuinely trying to get his life back together. Which surely will be a struggle because of the temptations of alcohol around, but there is this need for his family that makes you want to see if he could win back Samantha or possibly just ruin things as he has done in the past.

The only real obstacle someone may have when it comes to Samantha! is whether or not they can deal with Samantha being a diva who doesn’t really have anything to stand on. She isn’t much of a dancer or singer, so she is completely reliant on past fame. Well, technically Dodoi’s fame now but you get the point. But, with her forced to rely on someone, besides Cig, and trust them, maybe she might just learn what she refused to as a child and become successful?

Hence the Positive label, though a very weird lead, if not weird adults in general, their eccentricities make it so they are more so flawed humans than caricatures. And considering the potential growth that is possible, the premiere leaves you wondering if Samantha may not only make a comeback but live up to your own expectations. Especially after a fairly good start.