As one door closes, and another gets locked, it makes the few happy relationships that remain a welcome focus.

I Can’t Be Your Dream Girl: Robert, Nova 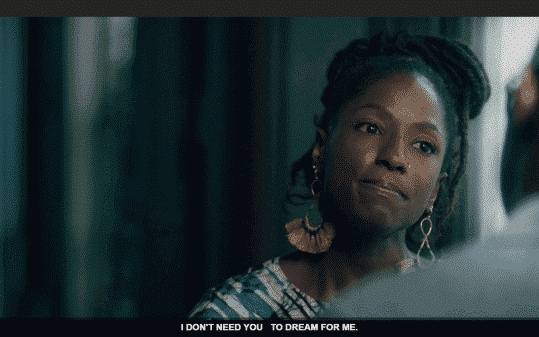 As has been shown throughout their relationship, if you want to call it that, while the end goal is the same, the method of being advocates is different. Nova doesn’t have much love for spectacles but Robert believes in employing them if it gets the job done. Hence why, after a rather peaceful 1st half of the interview, he antagonizes Nova. Sort of creating the dynamic those who might have seen The Bounce Back maybe familiar with. That is, two people who want to achieve the same thing bickering over what is the best way to do it and discrediting, or rather challenging, each other’s method.

Something Nova could have maybe rolled with if Robert did prep her first. However, with him giving her no clue in that he would do that and him having aspirations for her which don’t fit her goals, she ends things. Doesn’t just say they can’t work together or anything like that. She was looking for an out, he gave her one, and so she says her goodbyes.

He Means Something To Me (And Our Friendship is Gone): Davis, Remy, Charley

Being that Micah has recovered his relationship with his father, but is still a minor, naturally, there is a handoff between Davis and Charley. Especially after his situation with the police. Which would be fine if Davis didn’t still have feelings for Charley. If not at least thought, despite their marriage being done, he still had a friend. However, Charley doesn’t want to be friends.

Yes, during the Brown Sugar Queen gig (which Keke wins), which Davis helps make happen, there was a little bit of pain when Tamar and Davis were chummy. However, look at all Remy has done for Charley. He helped her, and her whole family, with the farm, the mill, and was even close with her dad. He stuck around even as Davis and she were still married and things were complicated. Why would she leave a man like that? Especially for Davis whose punk behind would downplay what Tamar means to him despite her showing up and doing a show probably for scale! If that!

We Aren’t Too Different You And I: Darla, Aunt Vi, Ralph Angel 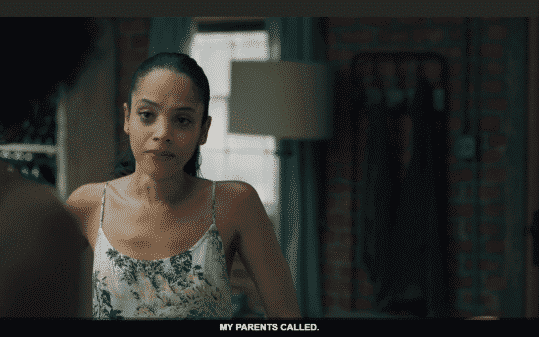 Darla’s mom answers her call and with this comes hope. If her mom and she could have a nice conversation, surely she and her dad could as well right? Also, with her parents now talking to her, so comes the idea that rather than do a justice of the peace situation, why not a real wedding? Something which Ralph Angel was thinking about, but with the farm only breaking even, so comes the fears of how to pay for it? Something not addressed when Ralph Angel learns Darla spoke to her parents. Though, considering how proud Ralph Angel is, who knows if he would let Darla’s dad pay for a thing.

But, perhaps the moment which deserves the most attention is Aunt Vi having a moment with Darla as Charley did a few episodes back (which you can watch here). One in which Darla starts off talking about not speaking to her parents in 6 years, though trying throughout. So with them picking up, and saying they are coming to see her, it’s terrifying.

However, thankfully for Darla, with her being a loved one, family, of Aunt Vi, she gives her the same talk her sisters-in-law and future husband get. One which begins with a pep talk, something very parental, and then she smooths in a conversation to remind you that there isn’t a world of difference between you and her. One dealing with reminding Darla that she has to take control of her narrative. Something Vi did after her first husband beat her and Ernest ran him off.

One could argue the Bordelon kids attract a certain type. The type who seemingly don’t just seek out a family member because of how attractive they are, but also what they bring to the table. For Davis, he got more than Charley but also a father figure. Then for Darla, though it took some time, she got a maternal figure out of Aunt Vi and a sister out of Charley.

Which, despite all he has done, did make it hard to watch as Davis officially got pushed out and lost access to that. No longer did he have a friend in Charley and you can see in his eyes, which always look so pitifully lonely, how he desperately needed her. That she was the only one who he could consistently rely on to be a crutch, a rock, or simply a friend.

However, knowing that Remy isn’t that comfortable with Davis past his role as a father, you can see Charley isn’t trying to give that man any reason to doubt her commitment. Showing that when it comes to Micah and Keke? What he learned in being committed and in awe of his partner came from his mom. Because with the way his dad tosses Tamar under the bus without apprehension, I can’t imagine Micah ever being that cold-blooded.

It has been a long journey from Aunt Vi not allowing Darla in her house to opening up about her past domestic abuse. And while it doesn’t go over my head that the way Aunt Vi was handled might have been a reprieve for her prejudice and how she messed Nova up, I can’t say I didn’t love the moment. If only because it really showed Aunt Vi wasn’t just being nice when she called Darla family. She meant it and in her actions with her, she proved that meant Darla was going to get the full experience.

I’m just so tired of them as the show’s villains at this point. Mostly because they aren’t made to seem like anything but your basic and petty villains. The kind you would see on a network drama. Which, considering how Queen Sugar avoids most of the soap opera styled, network drama nonsense, it makes The Landry family, Sam especially, stick out like sore thumbs. 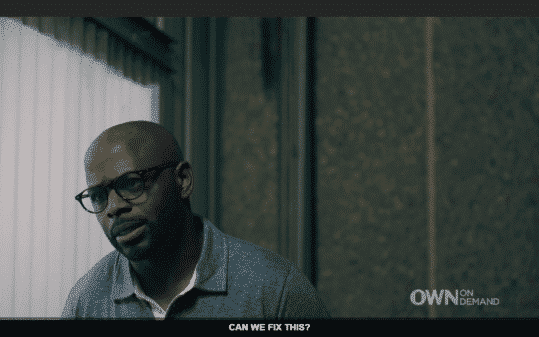 Recognizing the show can only maintain so many cast members, I got to say Lorna just dropping that bomb on the show and leaving kind of hurt. We were just getting used to her, the dynamic she brought to the show, and then she left. Almost like she wanted to make sure she didn’t overstay her welcome.

Yet, taking into consideration how Robert’s exit is seemingly being handled, it really makes you wonder if characters like these two are meant mostly to jolt the story and then be phased out. Especially in terms of Nova who I maintain, even a season later, still doesn’t have much of a hook to her storyline. I especially say this because, Lorna is Charley’s mother and yet hardly anything Lorna said or did boosted Charley in any way. Her legacy solely will be how she changed Nova.

Making me wonder, if not question, is Nova floundering? With Ralph Angel, he has Darla who matches, if not eclipses him. Aunt Vi has a connection to everyone which keeps her relevant. Charley has Micah, the mill, Remy, and her battles with the Landrys to draw you in but what about Nova? What is it she has besides this beautiful dark skin to make you say, “I want to know what happens next with her?”

I mean, for just an example, look at the comment section of most of the Queen Sugar posts on here. The back and forth doesn’t really ever deep dive into Nova. It circles around Darla, Ralph Angel, and Charley. I’m not sure if that is true in general, but sometimes I really do feel that while Rutina Wesley has top billing, is often part of any marketing campaign, and was the biggest name when the production started, her storylines have never solidified her assumed position.

Really making me wonder if Robert’s criticism of Nova, as a whole, maybe the writers’ of how Nova is handled. She is someone fine with being one of the community rather than act as a face or lead. That she needs someone to match wits with but instead is a muted figure. Thus making it where there is no pop and while the passion is there, it often doesn’t translate.

ABOUT US
The overall goal of this website is to fill in that space between the average fan and critic. To be that person who formerly, when you went to a theater's box office, or when you went to Blockbuster, could say this is good, this you'll like if you are into that, or simply don't waste your time.
Contact us: [email protected]
FOLLOW US
© Wherever I Look LLC
%d bloggers like this: