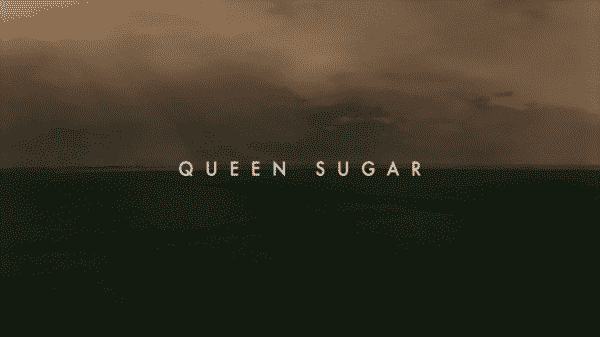 One of the hardly arguable highlights of Black media returns. And, as always, you find yourself smiling because of the family dynamics, crying tears over certain struggles they have, and end up triggered as well. To say the least, Queen Sugar remains an emotional roller coaster ride that as soon as it is over, you want to get right back on.

What’s Going on with Nova?: Nova

From what it seems, Nova is messing around with quite a few white men. Not even, so it seems, for the sake of having a relationship. If anything, it seems to be to get over Calvin. But while Nova is always willing to take on other people’s burdens, it seems she doesn’t want to share her own.

I gotta admit I’m surprised with Nova. Not in a respectability politics kind of way, but I just never thought of Nova as a one night stand kind of woman. If only because she always seemed like the type who wanted to invest in people long term. Hence why Calvin, despite his marriage, was someone she couldn’t easily let go. So for multiple men, much less white men, to be in her home, assumingly sleeping with her, I find off.

Though considering her face as they leave, or she tells them to, you can tell she ain’t that happy about it herself. 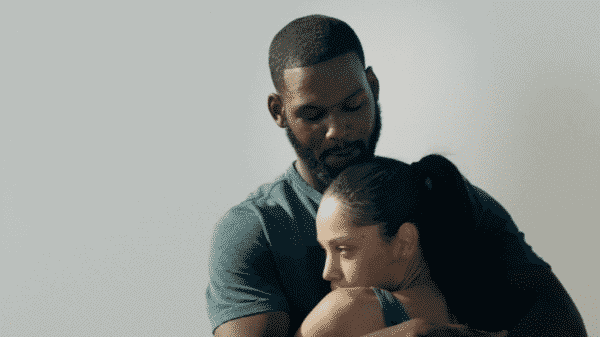 There is a world of difference between getting out of prison and dealing with addiction. This is something Ralph Angel learns as Darla reveals she has gone back to NA. Not because she is using, but to prevent herself from doing so. For she is seeing her life too much like rhinestones and tutus [note]the title of this topic is based on a story she tells about a shirt she had as a little girl[/note]. Things are too perfect and while Aunt Vi and the rest are friendly, she still has an outsiders vibe.

So, to fortify herself, she has made some decisions. One being to keep in contact with Marlene (Laura Cayouette), her sponsor, more often. Two, not break up with Ralph Angel, but definitely play house less. For while she loves that life, she needs to make sure she can be on her own and survive before melding with another. She doesn’t want to become dependent on him, or his family, to deal with life. Lastly, she is going to remain sober. She has made it two years and she doesn’t plan to stop her record. 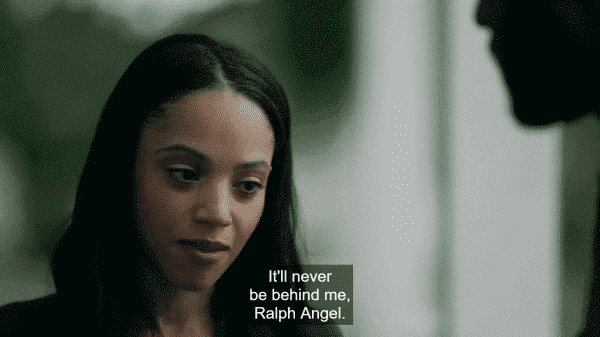 Darla comparing her addiction to Ralph Angel’s release from prison.

Like with season 1, Darla triggers such strong emotions out of me. Something which I can’t fathom why. I personally have no history of addiction, aren’t close to anyone who does, so why as she talks about her struggles I’m crying? Hell, why am I getting teary eyed know while typing this?

You know, a lot of times on this site, I feel like I’m pointing the finger at the writers or actors for doing something wrong. If not one not playing to the others strength. With Queen Sugar, though, it is different. The actors seemed challenged by the writing but the writers aren’t giving them anything they can’t handle. Hell, some like Lawson seem to eat it up.

But, focusing on story more than praise, I do wonder if we are being setup here? Which I only say because I am so used to foreshadowing being used in dramas. Though, considering the preview for Darla’s character arc, I have my fingers crossed she won’t relapse. May struggle, definitely have to stand by the process and her family, but hopefully, won’t relapse.

“Sun’qhela is a phrase with many shades of meaning. It says “don’t undermine me,” “don’t underestimate me,” and “just try me.”
— “Chapter 1: Run” Location 182-184 – Born a Crime (Stories From a South African Childhood)

As in the first season, Charley is out to prove herself. She is trying to use all those degrees she has to help bolster her independence. However, it is hard to detach yourself from someone you spent building a life with over 16+ years. Someone you invested time, love, money, and energy into. Much less who everyone thinks you are still with. Thus leading to problems getting a loan for the mill. Much less forging Davis’ signature to get the loan she needs approved.

Charley’s issues don’t end there though. Ralph Angel decides to make more decisions without her. This time it is about repairing Ernest’s tractor. Something which gets praise from everyone else, “Look at Ralph Angel saving money!” while Charley remains without the praise. Aunt Vi explains it is because he is showing business sense without all of Charley’s fancy degrees, but it still stings to not be given credit.

But, over and over we see Charley finding herself in a place where her knowledge and work can’t, or won’t, do much. Such as when Micah gets arrested for DWB [note]Driving While Black[/note]. Did she find Micah’s car? Yup. The precinct he was brought to? Yes, detective Bordelon-West did. However, when it comes to getting her son she has no power. She has to rely on Davis to use his celebrity to get the cops to look for Micah, who didn’t even get booked, and get him out of a cell. 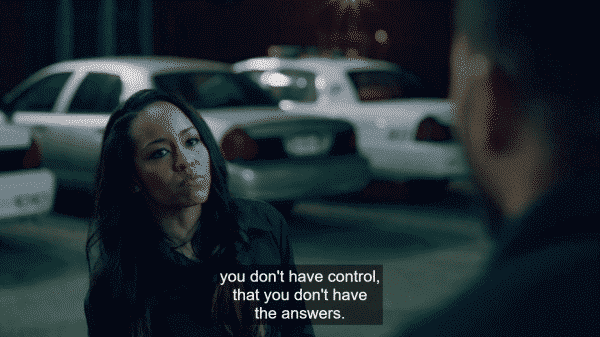 Davis noting what he believes are Charley’s problems. Of which deal with when she isn’t in control and has all the answers.

And while that whole ordeal, on top of the others, was frustrating, let’s not forget Micah. At 16 years old his day starts with his girlfriend and mother eating and ends with him getting a gun pointed at him. On top of that, he gets the experience of being in a jail cell and pissing on himself. As if he was still in diapers. But, thankfully, with an aunt like Nova, and uncle like Ralph Angel, people understand his trauma and have no need to ask about it.

I feel for Charley, I really do. Underestimated by outsiders and undervalued by her kin, so much of her life right now is an uphill battle. One in which she gets no pats on the back for when she makes it to a plateau. For, in many ways, it is just expected of her at this point. And while she has the intrinsic motivation required to continue, you can see how much hearing “Good job” could mean the world to her. Arguably, that is one of the many reasons Charley likes and loves Remy so much. Not just because he is a knowledgeable asset, but because he still has that ability to be in awe of Charley. Much less call her out or take off her rose colored glasses if needed. Something the rest of her family only does to rub her face in the mud.

[note]Which isn’t to imply they do nothing but insult or test her. Nova, Aunt Vi, and Charley go out and Nova makes a point to say that Charley is unforgettable. Much less is supportive when it comes to Charley being in her feelings after seeing Davis with another woman. In the same club Nova says Charley is unforgettable. [/note] [note]Aunt Vi and Hollywood talk this episode. This comes after him being a punk and trying to get information out of Ralph Angel, who isn’t having that. But when Aunt Vi calls because Micah’s absence is weighing on her, he picks up and consoles her.[/note] 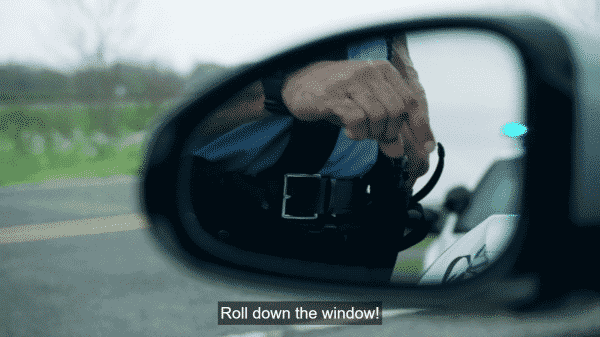 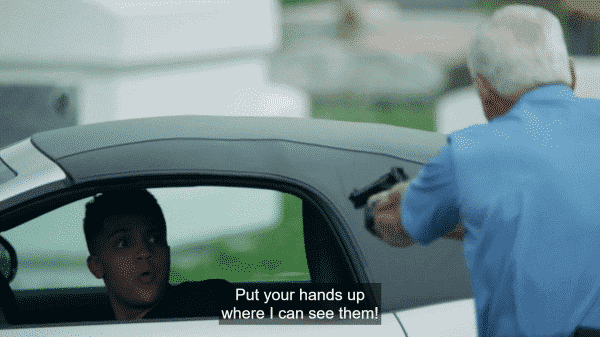 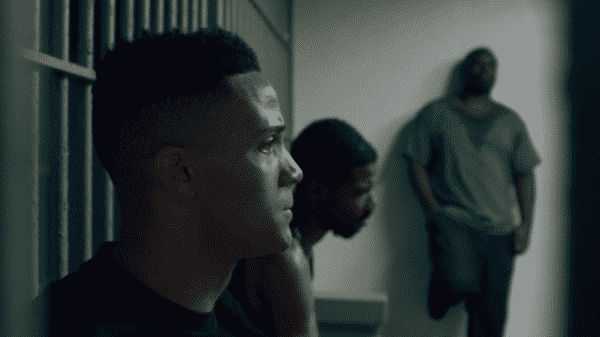 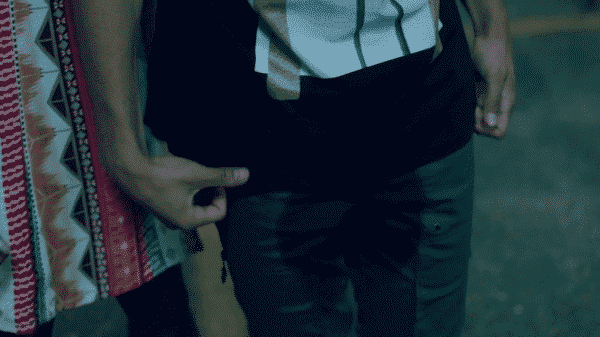 But, moving onto Micah, that whole situation was so triggering. Especially after the Castile verdict just days ago. For while I didn’t believe, or want to believe, Queen Sugar would go there, it could have. So it will definitely be interesting to see how this affects Micah who has largely lived in a world where his race didn’t matter much. If only because the affluence of his father shielded him.