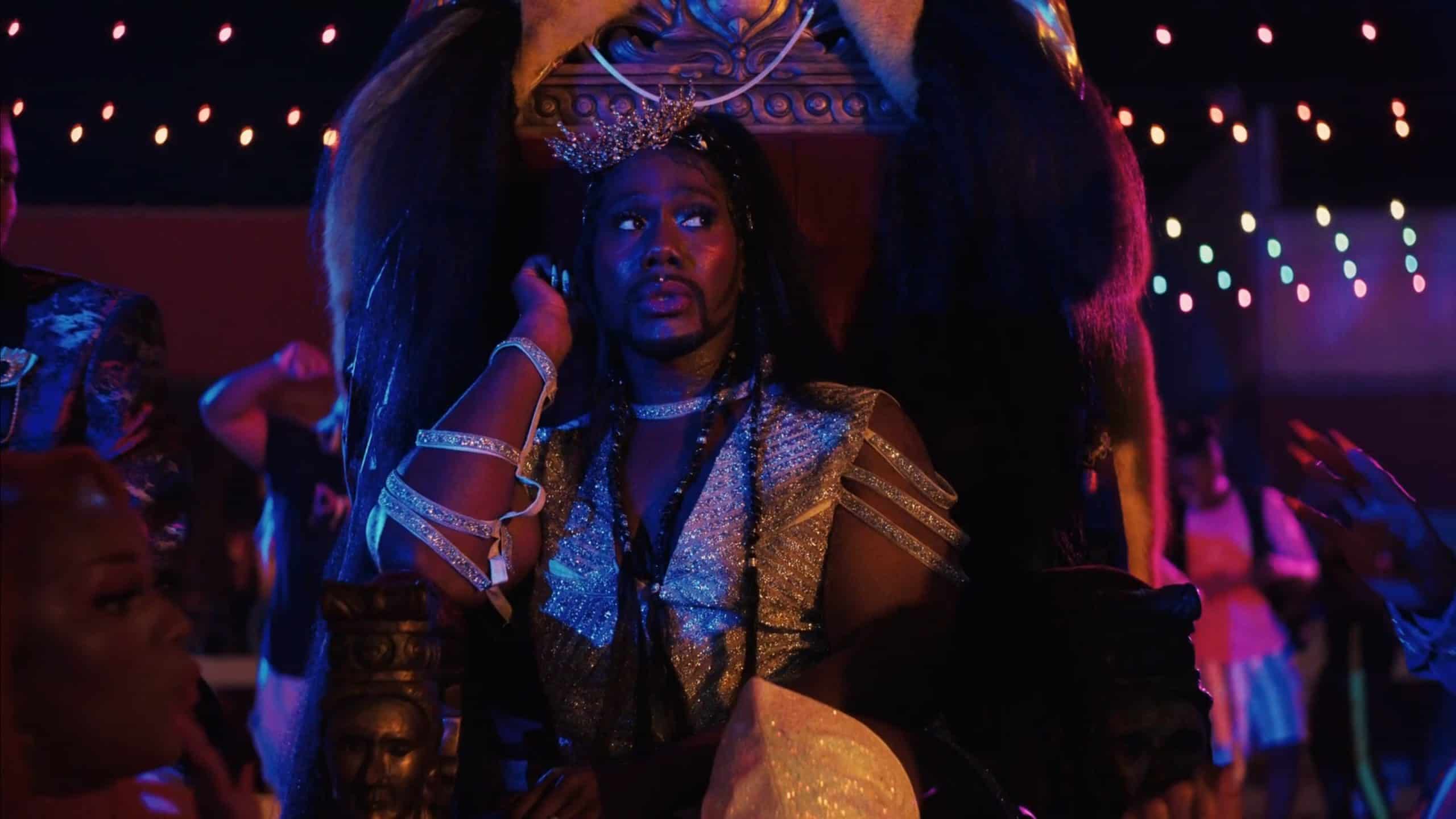 Between an offer for The Pynk, Mercedes dealing with a demon, Clifford’s birthday, a Megan Thee Stallion sighting, and more? A lot is going down in the valley.

A whole lot of people show up for a job at the Pynk. Men, women, those who can work a pole, and those who can’t. Of those who audition, Mercedes picks Whisper and Roulette, and Haley picks a girl named Big Bone. Now, Big Bone can’t really dance worth a damn with a pole, but she got an ass and breasts that Haley believes can make money on the floor. So, with Uncle Clifford having a limited say, or rather letting Haley steamroll them, those are the three new girls.

But, while Haley isn’t on the same page with Uncle Clifford and Mercedes on the girls, they got the same speech going when Andre and Corbin came in. $500,000 isn’t enough, but $10 million could lead to the review of some paperwork. However, even with both rejecting Andre and Corbin, Haley pisses Uncle Clifford off with it being learned she moved up the re-re-re opening a week, so Uncle Clifford decides to bail.

Though, before we move on, we got to note Andre has become the executor of Tydell’s estate, and he learns that Tydell has been spending thousands of dollars to provide water to his street. Specifically, water has come out of his house and seems to be shared with multiple homes on his block. This is strange to him but triggers old memories. Like when Andre talked about being president, and while his own father didn’t encourage it, Tydell did. Which pushes you to wonder, could politics be in Andre’s future?

Lil Murder needing Keyshawn for his tour is a pain. Never mind Derrick and his possessive ways, but there is also negotiating with Rome about what is going to happen. Which, thankfully for Lil Murder, happens with likely Derrick having issues later on, but for now, Keyshawn may have a break.

What can Lil Murder do, though? Uncle Clifford not responding to his texts can’t be the end of his world. Woody and Rome got a tour set up, Big Teak, a friend of Lil Murder, is joining as Lil Murder’s security, and with DJ Neva Scared in the ATL working with Megan Thee Stallion’s character, he isn’t available and has to be replaced. So, Lil Murder got more than enough on his mind.

Uncle Clifford ain’t studdin Haley, but what they didn’t expect was being kidnapped for their birthday by their friends. This act, turning 40, does depress Uncle Clifford since they may not be where they wanted, but having a party lifts their spirits, and cute trade in the man who handled the roller skates, Corey, raises other things.

Uncle Clifford aside, without him there to manage baby daddy drama and the girls, Haley is losing her mind. Whisper is into crystals, and alternative spirituality, which has people a little riled up. Big Bone is dancing on the bar, and between Roulette and Whisper? Neither are listening to Mercedes, and they make her feel a bit insecure since they are the hot new thing.

This makes her falling during a performance a major issue, but Uncle Clifford rushes over with Diamond, who does some kind of reiki that gets rid of a 7-pound spiritual weight from Mercedes’ shoulder. One which he associates with shooting Montavious and with Mercedes already not fond of Haley, this is the final straw, and she says Haley got to find a new place to live. This is sudden, and a bit shocking, but Mercedes puts her foot down, and with that, Haley seems ready to drink and sleep at the Pynk, and the only silver lining is Andre visiting and playing nice with a thank you for pushing him to pay his respect to his god daddy, giving her a hug, and noting he’ll be around.

The Pynk is Uncle Clifford’s life. It’s not just their job. They have created a referendum for it. It is part of their grandmother’s legacy, and with her alive, losing it isn’t an option, and so much goes into taking care of Ernestine and The Pynk, it is easy to forget Uncle Clifford has a life outside of the place. Never mind the possibility of having friends beyond his employees.

Now, I don’t think we caught the name of any of the people at his birthday, beyond Corey, due to the credits making it clear who he was, but their friends did open up many unexplored avenues. Be it whether Uncle Clifford is happy or on auto-pilot. What is their long-term dreams or plans, and do they think it is still feasible?

Also, there is a need to question, if Ernestine dies tomorrow, what will Uncle Clifford do? Who may show up, and what that reaction maybe? Because that house, her business, a lot of it has allowed Uncle Clifford to live with some sort of safety net. So if someone swoops in and isn’t somewhat collaborative like Haley, what will they do?

To me, there is something beyond sexual tension there. That hug spoke volumes. Andre could have easily slipped and tried to kiss her, and she might have returned the feeling. Yet, a hug instead was done, pushing the idea that there is some kind of love there. It’s hard to say if it is romantic love or just the love which comes from understanding.

The way I see it, both are outsiders in their world. Haley, coming from a different place, and Andre from feeling like he can’t get comfortable because he has to remain adaptable. Which, as Haley said, is how she operates as well. And that understanding, which doesn’t always have to be verbalized, helps you get that this is more than a sexual thing for them.

Now, this isn’t to say they are soul mates, but if you strip the romantic part of the term, maybe they could be? I mean, it would be cool to see two people, who are of opposite genders, and heterosexual have a friendship that has chemistry. And yes, him cheating on his wife and all that happened in the past can’t be downplayed, but the pandemic changed a lot of people, and maybe it forced both to reconfigure how they think and feel? Maybe to the point of being able to honor who the person is, beyond how physically attractive they find one another.

Stripping is a profession that can be taxing. While sex sells, we still live in a society where a person’s age and body configuration, no matter the industry, can determine how much money you can make. So, for a stripper, even a talented performer like Mercedes, there is a recognition she can’t compete with the young things forever. Hence, she wasn’t fond of new girls coming in, and isn’t fond of Roulette and Whisper not being the type who would mind her as a superior or team lead.

But, lest we forget, Uncle Clifford also isn’t trying to have lifers. Uncle Clifford wants you to graduate from the club so the next hot young thang can come aboard, and like Eloise, you move on to greener pastures. Now, it isn’t clear if Uncle Clifford has ever forced anyone out for being there too long, but considering Mercedes has her gym and is trying to get back on her feet with that, you can imagine her wanting out before she becomes a has-been. For falling off the pole as she did? That could be seen as the beginning of the end for many.

While religion, in the form of what Patrice promotes, is one of the main things the south is known for, superstition is also something high up there. This is especially true amongst Black and Brown folks with a connection to practices beyond Abrahamic religions. So whether it is Diamond removing a 7-pound weight from Mercedes or Haley haunted by Montavious, it is something we should expect from “P-Valley.”

My question is, how is this going to be explored, and how long should we expect Montavious around? I’m cool with going into Yoruba, Hoodoo, and other types of faith and spiritual practices beyond often seen. But if all of this gets centered on Montavious’ death or, with Whisper into crystals, it being something to create drama? I’d rather the show leave these faiths alone rather than feed into the idea of the occult and fanciful mysticism that more often feels disrespectful and for entertainment than to give reverence and respect to these practices. Or, at least, if there is criticism or ignorance, making it a teachable moment.