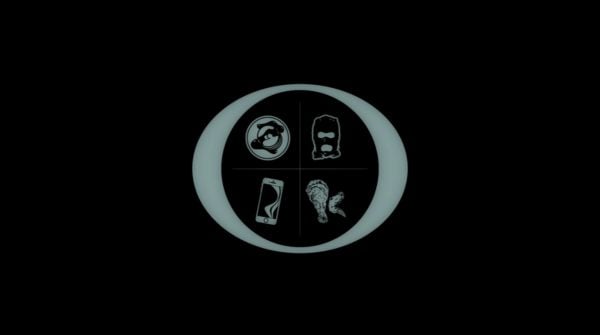 Roy's pancake, Ruth or Cade's ski mask, Marty's phone with the Barb video, and the fried chicken Jacob had before his car got shot up.

As Marty tries to make amends, Wendy picks up his slack. Also, because of Darlene, the cartel decides to not use Marty as a mediator and deal with the Snells directly.

With killing Mason, the formerly heartless and solely numbers focused Marty is now on a redemption tour. The first thing being the easy one which deals with getting Wyatt back in school. Something Ruth is thankful for and leads to her, once again without having a plan, negotiating for her office and old work back. However, Marty getting Wyatt back into school doesn’t stop Ruth from trying to rob him. Mostly since Cade has been good to Ruth lately.

That is, until they go to rob the funeral home and don’t find the money. Then he just says every last mean thing he can say, hits her, and makes her feel horrible. Pushing you to wonder, considering they missed the camera in the coffin room, will this mean Marty cutting her off too?

Switching to Rachel, by blackmailing Roy, or rather using his mom, Rachel is free and off to rehab in Miami. Leaving Charlotte. The liability who somehow avoids getting shot steals a book for Wyatt, reveals enough for Wyatt to get cozy with Roy, and talks about emancipating herself. All with this tone of, “Or else.” It’s kind of weird, considering how easy Marty took down Roy, that Helen and the cartel didn’t do more to make him back off. Marty just doing his own research, and getting some minor help from the cartel, since the guy injecting Barb looked like Helen’s bodyguard, just seemed weird. But we are at episode 8 and they are wrapping things up so, convenience.

As for Charlotte, let her die or get written off. I truly hate the character and just want her gone by whatever means necessary. Then, when it comes to Ruth? It’s starting to feel like we’re slowly entering a cycle with her of trying to rob Marty, being betrayed or disappointed by family, her running back to him, yet with her trying to screw him over pending discovery. Granted, this is only the first loop, maybe second, but I don’t know if I could do a third and fourth of this.

But, the biggest thing I have to ask is: Did Roy not hear what Marty said when talking to Rachel? Him mentioning the cartel and the sounds him and Rachel made kissing? I don’t know how wearing a wire works but that was recorded right? Surely Roy has a tape somewhere?

No One Backs Out Of A Deal: Wendy, Jonah, Charles

Unlike Charlotte, Jonah tries to make himself an asset more than a liability. Which may not get his father’s attention in a positive way, but it does get Wendy’s. For with Jonah’s skill and fake ID, she traps Charles and forces him to help push the casino through the gaming commission.

I sometimes wonder how much does Helen and the cartel know? It isn’t likely they track every last move Marty makes and his associates, but you do have to wonder, outside of when over a million dollars gets moved, do they look at anything else? Take, for example, Rachel. Considering Helen has contacts, is it not surprising no one picked up on Rachel suddenly returning? While there are shell companies involved, could no one pick up how Jonah was moving money and comparing it to how Marty does?

I mean, while I’m sure the trust is appreciated, considering how much is riding on this casino, it is weird how Marty can operate without more scrutiny. Never mind how the all-powerful Charles really got taken down so easily. Are these last few episodes really going to use one convenient way out after another? First Roy seemingly not having the tape where Marty confesses to working with the cartels and now Charles, despite some shady money coming in – FROM A 14-YEAR-OLD – him saying there needs to be more trust in the world.

And You Talk About Respect: Darlene, Jacob

Long story short, Darlene poisons the supply chain, with Fentanyl due to lack of respect. Yup, she is back on that respect thing. Which Jacob doesn’t like because, in a Marty/ Wendy type way, he doesn’t like her acting on her own like this. For there are consequences that he can’t always handle. Such as the cartels knowing what they did and thus shooting up their car. 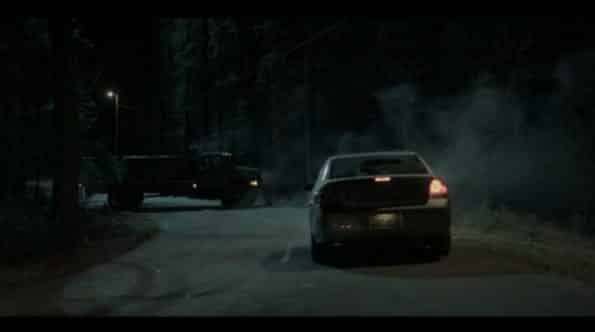 All things considered, killing the Snells isn’t a terrible idea. First and foremost, they have no heirs so that means all of their property would be up for grabs. Second, what do they really contribute besides heroin? Everything else requires arm pulling and Darlene is a hot head. Third, it isn’t like they have the staff to which taking them out, and them somehow surviving, would make for a dangerous situation. While we see they have quite an operation, as seen by their car getting shot up, it isn’t like they keep themselves shielded like a producer should.

Perhaps pushing Darlene’s point further of them getting involved with Marty and the cartel being a bad idea. For in the Ozarks, they were big fish, but for the region? They shrunk in size and had no say or power. Much less tried to coerce people from out of town to play by their customs and rules. Which, time after time, they balked at. Making Jacob, over and over, having to make arrangements to get what he could out of an increasingly one-sided deal.