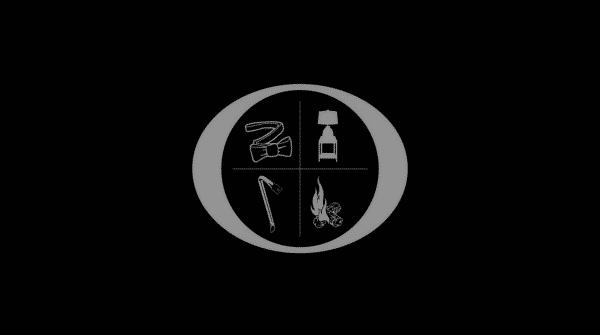 With Cade out and people looking for Del, alongside a bump in the road to building that casino, Wendy and Marty still find their wits and luck put to the test.

With the help of Ruth, Cade gets on parole and it isn’t clear how long he will try to stay clean. All that is made clear is that he’s tempted to go right back to what put him in jail with Wyatt tagging along behind him. Which you know Ruth isn’t for since she has plans. Wyatt will go off to college, with Charlotte or not, and she is going to continue things with Marty. She has even negotiated a $25,000 raise to help with college and Marty agrees to teach her how to do the books like he does.

All of which kind of makes Cade jealous for with how well Ruth is doing with him, partly because of Marty, it doesn’t make him feel needed. Which means he especially is about to do something dumb.

Cade: You just remember, he ain’t your daddy.

Cade is going to be a problem. One serious problem. The kind which may push Ruth to question who she’ll be loyal to again – her family, or Marty? Because Cade’s jealousy definitely is going to lead him to pick up from where his brothers left off, in terms of killing and robbing Marty. It seems only a matter of time. Add on Cade could be a bad influence on Wyatt, the one person in Ruth’s life who isn’t a turd on a stick and her protective instincts might just kick in.

Switching to her conversation with Marty, why does it seem like she wasn’t really ready to negotiate? I mean, going as high as partners to $25K increase in salary and learning Marty’s trade isn’t bad, but she looked like the kid she is during the negotiation. Was it because he caught her off guard or because her dad was around? Whenever Ruth is made to look demure you know something is off. Remember how she was at the strip club? Kicking out a man twice her size?

Could it be, when it comes to money, Ruth knows she needs more of it but just doesn’t know how much she is worth? Never mind how to figure the specifics? Though, on the flip side, considering how she often talks to her dad mirrors, in similarity, to how she talks to Marty, maybe he has gotten under her skin? Based off last season, we know Wendy kind of has done so, even though Ruth doesn’t deal with her often.

When you’re the big money in town, of course you can throw your weight around and get what you want. Including people’s silence. However, when it comes to the state level? Marty and Wendy can’t use their nearly non-existent money, thanks to Rachel, and a little bit of their kids stealing. Instead, it becomes Wendy’s turn to step in and use her political know how.

Which, lucky for her, billionaire Republican Charles Wilkes isn’t an ass. In fact, he has a bit of charm to him. A kindness, if you will. One which may not make him a fool but he admires the initiative and way Wendy handles herself and tag teams with Marty. Now, whether that will mean the state will approve an additional casino, thus allowing Marty’s 6-month plan to high tail? Well, that remains to be seen.

Charles (Darren Goldstein): Tell me. How does a casino equate to a more simple family life?

While Charles, nor the unnamed state senator, push much in the way of interest, it’s always nice to see Wendy get a chance to shine. For while Marty is talented in wheeling and dealing, he’s a weasel. You can smell the BS but he’s so committed to the idea he isn’t selling you human feces but manure, for crops and flowers that you wanna see him try. Just for your own entertainment.

Thing is, playing Midwest locals like Ruth and Cade is one thing, going against politicians and wealthy businessmen? Whole other fish. The kind who may not wish to deal with a man whose connections are dirty for they have more than enough where they may not want a piece of the pie. If not, because there are pies which have less hands in them, especially dirty hands, they may feel they have things good enough where they don’t need nor want another line of revenue.

Del’s boss’ lawyer, and his as well, Helen, arrives and is ready to finalize deals. She begins with 80/20 and just hearing that makes you wonder if Darlene is going to start shooting again. Because disrespect is a big thing with her. Jacob too, but not to the point of blowing your head off because his feelings got hurt.

Thus pushing Marty to do his wheeling and dealing to make it so he gets an official 3%. As for the Snells and Helen’s people? Well, we don’t learn what kind of deal gets worked out there. However, their disrespect gets put on notice when they try to cover up Del’s disappearance using Ash. Leading to Helen seeking reparations which, in Marty’s mind, has to be in the millions. A number so high neither Jacob nor Darlene care to hear it. So, instead, Jacob kills Ash to make things right. Sending Darlene into a fit.

Helen is going to be a fun one. Especially when it comes to Marty trying to negotiate with her because he already got caught in one lie and while she gets he is a businessman, lying makes business hard to do. For Helen seems big on trust and saying he, Marty, didn’t know where Del was and possibly being part of the cover-up? No Bueno.

Though, I have to wonder what was it that kept the Snells at the table? Hell, considering they killed Del, does Helen even trust them? Never mind her employer? Because they are much larger than them and even if they could expedite getting the product to Chicago and other areas, people who don’t know their place in criminal organizations become liabilities. So it isn’t just Marty who may have to worry about Helen’s feelings but Jacob, and especially Darlene, as well.

With that said, don’t you just love the idea of Helen and Ruth in a scene together?