Two girls leading two separate lives. Charlotte is just focused on a cute older boy while Ruth is trying to be just like her daddy. Just without ending up in jail.

The Mundane Lives of Charlotte and Wendy: Charlotte, Wendy

Being that Wendy is making so much money for Sam, and her family is having financial issues, she asks for a bonus. Something Sam’s mother Eugenia isn’t happy about, but Wendy could not give a damn. After all, she seems more like a liability than an asset and Wendy is really busting her ass here. On top of that, to go from working on political campaigns, like the Obama campaign, to now doing internal decorating, it is a blow to the head. So she got to make up for it somehow.

As for Charlotte? While it seemed she may be willing to get close to Wyatt before, when he tries to invite her to a local event she immediately curves him. If only because she feels like an outsider and wants to keep it that way. Hence why she loses her virginity to Zach rather than Wyatt. But, of course, when Zach leaves without saying goodbye, she is so hurt. Especially as she comes to realize she is trapped in Ozark.

Wendy talks a lot about her past this episode and it really leads me to wonder who was she before she became a housewife? Much less Marty’s housewife? Alongside that, what is her master’s degree in? For, as noted before, I like to consider myself a Laura Linney fan and while her scenes with Jason Bateman I chalk up to lack of chemistry, with Buddy and Ruth, I’m reminded of why I enjoy her as an actress.

So, with that said, I hope she gets to peel back more layers of the character and get to really share more moments of vulnerability. For it isn’t just bringing out the best of her but others as well. Like with Buddy in terms of him revealing he used to be someone who dealt with the unions and politicians until he got in trouble with something [note]He claims he killed Jimmy Haffa, but I think that is a joke. [/note]. In those moments, with characters who seem a bit callous and grouchy, we see how good she is at disarming these types and pulling an Oprah and getting them to open up. 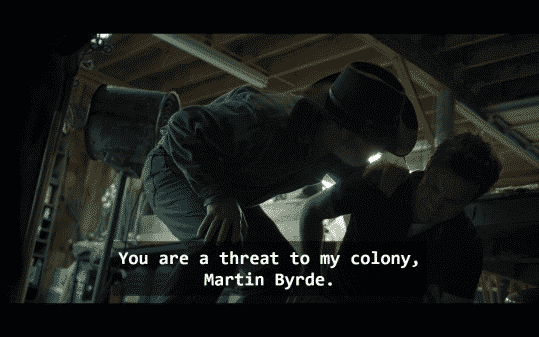 Jacob shuts down this whole, “Let’s build Mason a church on land” thing. For with all his family has been through over the last 2 centuries, losing their land to a power company and being forced to grow poppies, he isn’t letting some twerp undermine him. So he effectively shuts down a potential cleaning stream for Marty which sets him back.

But, to make matters worse, Rachel starts looking at the books and discovers something isn’t right. With that, she also shuts down what Marty is doing and thus now he just has the strip club. Though, with someone putting a cross up at the building site, which Jacob said not to do, it seems Mason and his wife are in trouble. Well, more so their baby who Jacob vowed to cut out the womb. 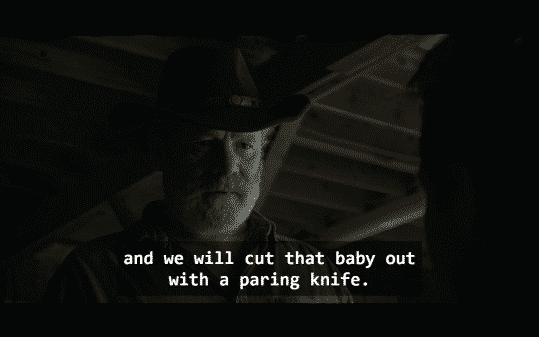 I don’t know a thing about money laundering, but I do question why would Del leave this white man with no muscle on his own with all this money? He couldn’t spare some muscle to watch over Marty, much less make sure he does what he was tasked to do? Because that would have solved some of Marty’s issues here. Just having some backup so when Jacob or Ash lurk in the shadows, someone can knock their lights out.

But I guess Del really wanted Marty to fail and his $8 million to go uncleaned. 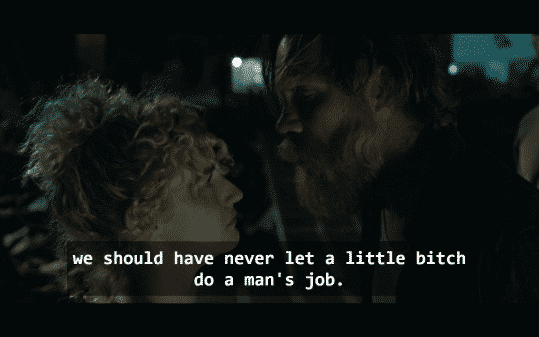 While Russ and Roy pursue being an Ozark power couple, one which seeks Marty’s money to invest in a bait shop, Ruth is ready to end her charade. She has a plan to have Marty be electrocuted and make it look like an accident. After all, as her daddy said, she is smart and this is all about natural selection. She is the smart one so she has to use that noggin she inherited.

Problem is, Russ knew about the plan due to him coming to Ruth to talk to Marty. Of which Roy was present enough to hear his possible snitch’s life could be in danger. So, with him becoming aware of what could have gone down, he luckily undoes Ruth’s trap and avoids Jonah shooting him as he makes sure Marty stays safe. Bringing how Wendy plays into all this. As with Buddy, Wendy sort of breaks through the hard exterior of Ruth. For, you see, Ruth blames Russ for failing to kill Marty and Boyd gets involved in their argument. Leading to, after being called a bitch and in retaliation spitting in Russ’ face, he being back handed. Something Wendy sees, later on, and treats. Leading to Wendy opening up about how she “tripped” in the past and found a path which no longer had so many obstacles. Thus leading to us seeing, for the first time, Ruth as this 19-year-old just trying to figure out how to survive.

Here is hoping Netflix didn’t pull some pay gap nonsense here. For between Ruth and Wendy, they are what really helps this show become tolerable. Maybe even likable. But, once again, I feel like we are left questions to ask. The first being, who was the person abusive to Wendy? Surely it wasn’t Marty, right? Though, if it was the guy before Marty, it would explain why she got with such a boring guy [note]Who, with how exciting he has made life, gets himself some sex this episode.[/note]. 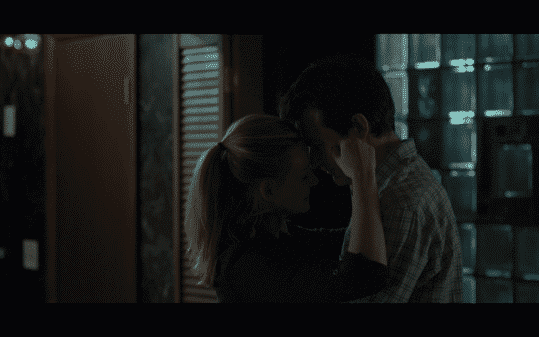 Then, when it comes to Ruth, with all this talk about her dad comes the question of who is her mom? Where is she in all of this? For there is something about this whole “Us vs. Them” and getting what you can which gives me the vibes that Ruth’s mom was an out of towner. Someone who got pregnant by Ruth’s dad and then, eventually, abandoned her to her dad’s people.

But this is just my theory. Either way, with the kindness Wendy showed Ruth I think it may not be too late for her. I still think she will try to take Marty’s money but she may not kill him. If only because Wendy is probably the only person, outside of Wyatt, who doesn’t consistently piss Ruth off. Much less is nice to her sometimes.

What song was playing through this whole scene?

I wonder who’s eyes are sent by Del

The eyes belong to Del’s first accountant who Marty and his partner replaced.

What episode does this happen ‘Del’s first accountant who Marty and his partner replaced’ ? I might have missed it.

I thought the eyes belonged to Bruce… Especially since Hanson Sr., and likely Jr, were burned in acid.

The eyes belong to the strip club owner. When Marty and Wendy find his body in the lake Wendy says something to the effect of “What distinguishing features does he have? Looks like his eyes were pulled out by the fish.”