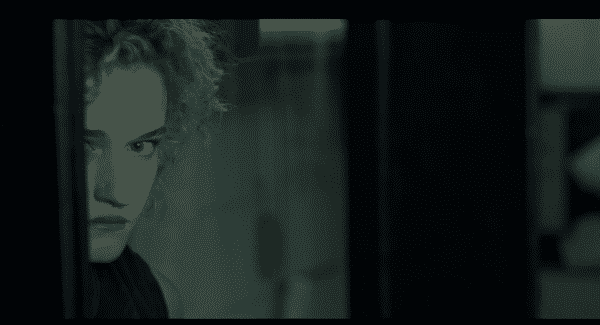 Marty begins making power moves which upset the local order. All the while, the FBI tries to make friends with the Langmores and Wendy is making some moves of her own.

Someone To Talk To: Wendy, Roy, Marty, Jonah

With all that is going on, Wendy really misses Gary. After all, who else did she really have to talk to? Though, calling his voice mail, and the affair, may come to bite her in the ass. If only because Gary’s family are wondering what happened and thinks she may know. For, lest we forget, on top of Bruce’s disappearance there is Gary being pushed off a balcony to deal with.

But, that isn’t Roy’s focus. Right now, he, masquerading as a man named Robert, is trying to become friends with Russ. Someone who is cool with Roy, as Robert, until he learns he is queer. With that, it seems no matter the $100 he offers, he may not wanna come near him.

Speaking of queer, but more so the other definition of it, Jonah has been playing with dead animals. I mean, taking them out the words and pulling out their insides. But, according to him, it isn’t something twisted but just because he wants to study the local vulture population. Thus quelling fears, Charlotte decides to make public, that his parents think he might be a future school shooter or something. I feel like Roy is going to end up dead before this is all over. For while he blends in with the look of the locals, he is doing that same thing Marty is when it comes to throwing $100 bills around like it ain’t nothing. And I think the Langmore family is due for doing something stupid. So killing an FBI agent would be right up their alley.

As for Jonah? While a nice kid, he and Charlotte remind me why I’m rarely fond of children in shows like this. Past showing the parents had sex, they don’t add much to the show. If anything, they are a liability since there is some effort in pretending their feelings anyone cares about. Like with Charlotte, while you have to recognize she is a 15-year-old ripped from her life, she is also that snarky 15 year old who you’d be fine seeing kidnapped and made an example of. Then with Jonah, he just presents filler. Which isn’t to discount him finding the first business Marty could wash money at. All I’m saying is that with characters like Wyatt and Ruth, there is no excuse for Marty’s kids to be such annoying little bores.

Leaving Wendy and Gary’s kids. Um, again, something feels off about this show. Maybe it is because I thought of myself as some kind of Laura Linney fan, but Ozark is testing me. But I just find it hard to muster caring about anything going on in her life. Be it selling or buying property, Gary’s kids calling, or whatever else they may come up with. For really, I feel like, at the end of the day, Wendy and the kids are just something for Marty to lose than people who have been written to be their own persons. Which is why I probably feel so indifferent about their existence. 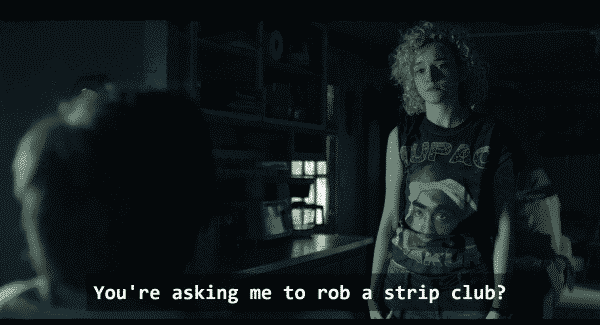 Rachel’s property isn’t enough. A gentleman’s club though? That would be. So, with discovering Bobby Dean (Adam Boyer) doesn’t really own the place, Marty asks his good friend Ruth for a favor. After all, breaking and entering is her thing. So what is opening a safe and getting some documents? Well, apparently something which requires a well thought out plan.

Something which begins with casing the place, by pretending she wants to become a stripper. She follows that by getting the cops to come to the club over shots fired, but sticking around because minors like Wyatt (Charlie Tahan) and Three (Carson Holmes) are in there, and then Marty drags that safe out by his bumper.

Leading to him getting the document he needs and forcing Bobby Dean’s hand to let him buy the joint. 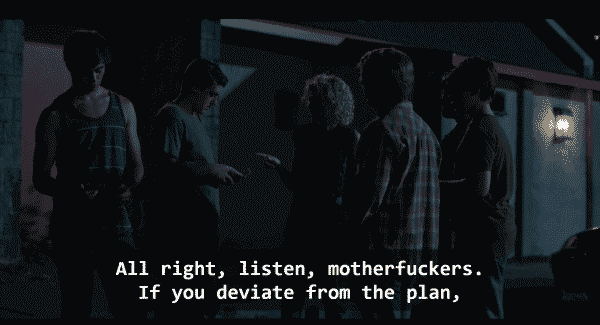 At the end of the episode, we watch Jonah get a lesson in cleaning money. To me, even though I know Ruth’s ultimate goal, a part of me wonders why Marty isn’t training her? For, in a way, he is kind of starting a little gang here. Well, at least using the one Ruth can quickly round up to do his bidding. So surely he should at least try to inspire some real loyalty from the girl. After all, his kids can’t do much. Wendy wasn’t really trying to do much to stop him from suicide, so he needs someone ready to fight for him. Especially because Del isn’t happy with how long it is taking to get money. So, you know, sooner or later his goons are going to do more than maybe stalk Wendy. They are going to make their presence known. But, considering who we are introduced to, all that may cause is a drug war on a quiet lake. How would someone like Bobby Dean know about money laundering? He is a man whose sole dream seemed to be opening a gentleman’s club he likes to refer to as a Titty Bar. Well, we get to meet the man who gave him some education. That is, the man he was probably cleaning the money for named Jacob.

Someone who isn’t too keen about Marty just popping up and getting one over on him. A person who doesn’t like how easy Bobby Dean made it either. So, because people like that are liabilities, Jacob has his wife Darlene (Lisa Emery) kill Bobby Dean by a syringe, filled with who knows what, to the neck. 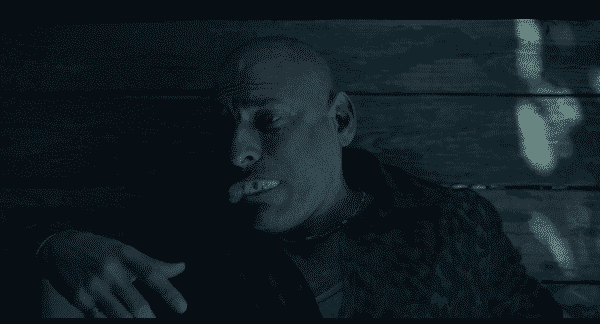 I always enjoy when characters get killed off. Hence why I’m a fan of Game of Thrones. Yet, I do hope in the future, a death hits closer to home. For I feel like Jacob is the type who likes to set examples and do it with some Midwestern charm. So I’m definitely expecting him to come to Marty’s new club and introduce himself. As for what he will do beyond that? Oh, it will be probably anywhere from Marty having another client or another punch to the face. Either way, I’m kind of excited for both.