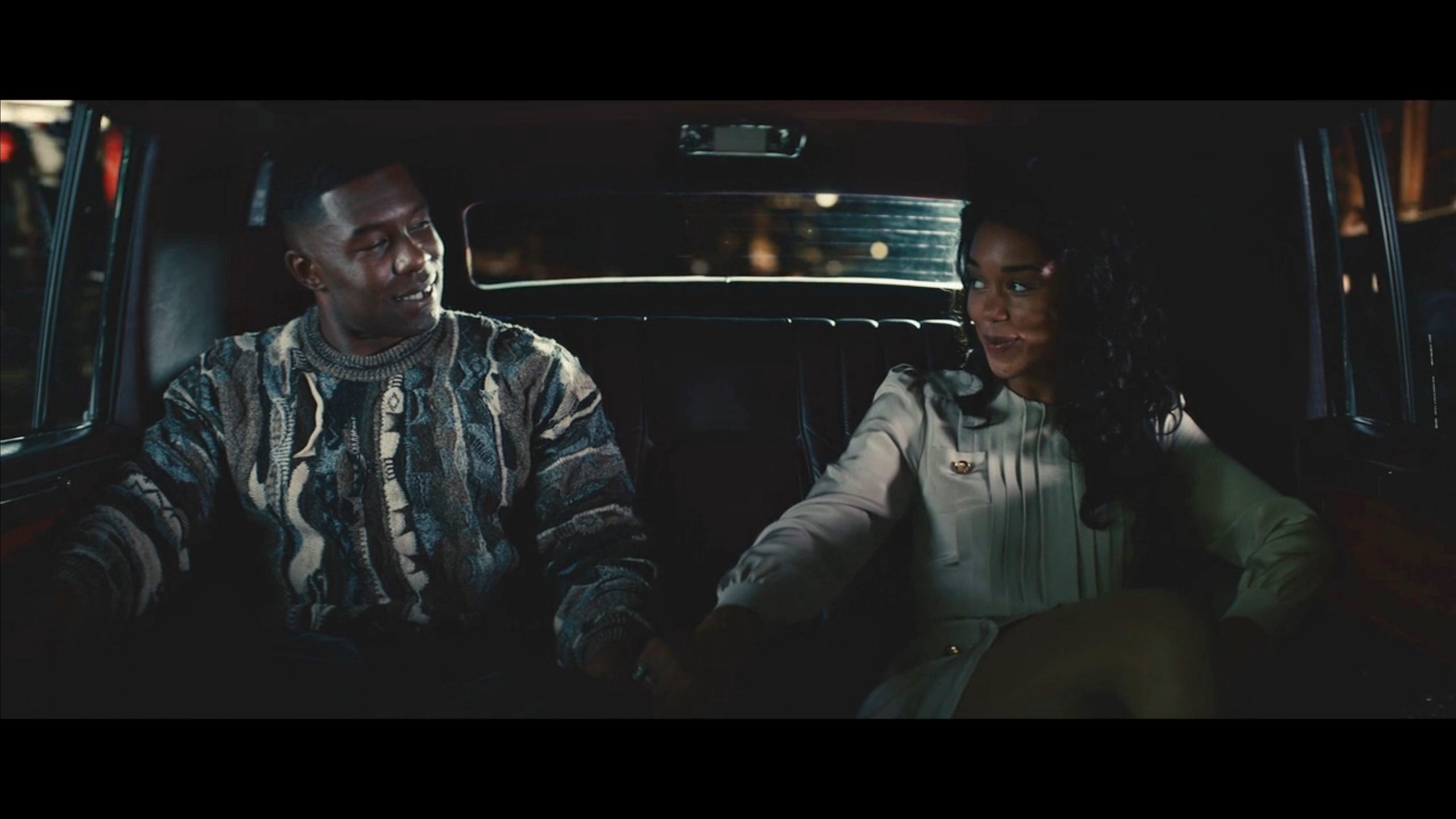 Robin Givens and Don King enter Mike’s life, and with that, you know we are coming upon the peak before the downfall.

Throughout Mike’s life, love has been a foreign thing. He saw it in movies and television shows but felt it? He felt familiar love through Cus, but romantic love was foreign. Sex was plentiful but true intimacy? Ha!

But with Robin, Mike wanted different. She was a dream girl that he could attain fame and status. And while many may have the perspective that Robin was a gold digger, in “Mike,” she is painted as someone who wanted Mike Tyson to see how he was being used by everyone around him and his contracts were trash.

However, with Robin came Ruth, her mother, and shadow, who trusted Mike as far as she could spit. Maybe for a good reason, depending on who you ask, since the whirlwind relationship led to Mike being diagnosed with manic depression, taking lithium, but not stopping his drinking, coke habit, or smoking weed. And it is with losing more of the people Cus setup in his life that allowed Don King to enter the picture.

As shown, Mike didn’t have a father figure until Cus, and when Cus died, that left a vacuum. Then, when you add Jimmy, Mike’s financial manager dying, that gave Don King all the room he needed to step in, be Mike’s enabler, and gain his trust. All as Mike’s marriage fell apart, and as history has told, his life will be next.

You’re so desperate for someone to love you that you’ll rewrite the story just so you feel love.
— Robin

I don’t know how to fight to lose, only to win.
— Mike

Robin Given Being Given Grace

Whether you grew up while Mike was with Robin or just saw, for lack of a better term, the highlights, it is easy to see Robin as a gold digger, conniving, and all the things “Mike” addresses as the perceptions people had of Robin. But, just like Mike is given grace beyond what many may give him, so is Robin. She is shown to be Mike’s friend, one of the few after Cus’ crew died that was actually asking questions about his money and looking out for him. The problem is that Don King got in his ear, Robin’s mom being around all the time didn’t help things, and while Robin may have been the first to invest in Mike’s mental health, it was potentially for control.

Now, I don’t mean control like putting Mike on a leash, but control in terms of taming the beast who was the heavyweight champion. But how can someone be a monster when they aren’t insecure, angry, and feel like they have nothing to lose? Seemingly, that was part of the problem and what led to the end of that relationship.

At least in terms of what “Mike” presents to us.

Everyone Is Chasing A Dream, Sometimes On Someone Else’s Back and Dime

One of the main takeaways from “Lover” isn’t so much Mike meeting Robin and Don King, but how much everyone is chasing a dream, trying to compensate for childhood trauma, and things like that. One of the reasons Mike loved Robin was because she wanted to protect him. This is coming from a man who was undefeated after 30+ fights, with a lot of them ending in knockout.

However, he wasn’t protected by his mom, no daddy, and so, even if this petite woman couldn’t fight in a ring, her desire to fight, her wanting to is saying something. I mean, it is more than most offered, and I think, for a time, it brought Mike peace.

As for Robin? She wanted someone who could protect her and was very serious about being with her. Let’s not forget that Robin was skyrocketing in fame, so having someone like Mike around likely made it so many men didn’t say or do the wrong thing out of fear Mike could hear about it. Add in Mike’s love language was gifts and, while embarrassing and uncomfortable at first, at the same time, it seemed like an easy life to get used to.

I’d even add Don King into all of this. A smooth talker knows their mark, and more often than not, smooth talkers have so much skill in words, they aren’t able to back it up with action. So they must find someone who can add weight to their words and give it might. So who better than one of the hardest punchers in the world?