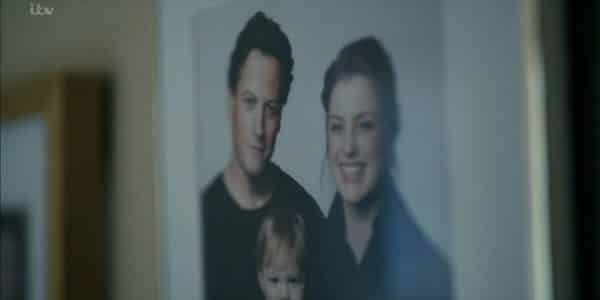 With the reveal to us of who Andrew really is, Laura does her damndest to mount the kind of evidence required to make her battle more than his words against hers.

Table of Contents show
1 Another Check Mark On The List: Andrew, Vanessa
2 Somebody Already Broke My Heart: Ian (Kieran Bew), Laura
3 Mounting A Case and Getting Hit With A Setback: Laura, Liam, Tom, Katy
4 Highlights
4.1 The Monster Strikes Again
5 Criticism
5.1 Go Away Tom!
6 On The Fence
6.1 Laura Instigating Things

With his victory against Laura, Andrew sets his sights on Vanessa it seems. After all, Andrew is a man who when he wants something, he doesn’t let it get away. Someone who likes to be in control. So with him knowing how to find Vanessa, and where she lives, he never minds the idea of wooing her and just does as he did with Laura. Plot out what to do, put something in her drink, do what he wants, and wash away the evidence. Leaving Vanessa seemingly none the wiser.

However, considering she is spotting, perhaps seriously bleeding after whatever it is Andrew did, it seems Andrew may have done more damage than he is aware of.

How does one move on after being raped? Do you know how to trust someone after your instincts fail you? This is the problem Laura faces as this nice guy Ian approaches her, but she just can’t. She isn’t ready and secure yet in her person to maybe seek out love again. Even if they seem genuinely nice. After all, didn’t Andrew too seem like that?

Mounting A Case and Getting Hit With A Setback: Laura, Liam, Tom, Katy Due to there not being enough evidence for the prosecution, Laura seeks out people who could be witnesses. Who could bear testimony. First, she looks into Mary’s mother, Andrew’s mother in law. She is of no help at all. Then Laura seeks out Mary’s best friend Catherine (Dawn Steele). Here she gets somewhere. You see, Andrew slept with her and all this time she imagined it was because she was drunk. The truth is, she was probably drugged. However, when Mary’s mother, Ms. Cassidy (Clare Higgins), comes by after Laura’s visit, she talks Catherine out of seeking justice.

With that in mind, Laura finds herself facing a setback. One paired with the discovery that Andrew basically is trying to place a gag order on her. One in which, if she doesn’t put out a public retraction, he’ll sue her! Something which infuriates Liam to no end and perhaps is one of the sole means he can exercise life’s frustrations. For with him narrowly missing Tom all over Katy, after him being suspended and looking for a pick me up, he needs an outlet.

However, rather than stay on the ropes, getting her ass kicked, Laura is going to go outside the law once more. This time she is bringing on some help. No, not Katy, Liam, or even Tom. Instead, she has GHB on her side. Now, as for what she is going to do with it? Who knows. But while Andrew has a thing about being in control, it seems Laura has this stubbornness about being the winner in the long run. So let’s see who gets their way. I hate even saying this is a highlight as if it is something that makes me giddy or I support it. However, with Andrew going after Vanessa proves that he is the monster the flashback implied. It is a confirmation that this man, for whatever twisted reason, rapes women and does well in covering it up. But this time he raped a detective and I can only hope this show doesn’t decide to just let Andrew be a serial rapist and show how terrible the world can be, if not is.

Sometimes, I really do try to get into a side story and will myself to care. With Tom, however, and his pursuit of Katy, I just find this too difficult. Not because I am fond of Liam or even his relationship with Katy. More so, with this being a 6 episode series, I just feel there isn’t enough time to really build a relationship with any of the three involved in this love triangle. Making it difficult to really get into how into Katy and Tom going back and forth as Tom still remains at Laura’s beck and call. Even to the point of getting GHB for her without really knowing what she plans to do with it.

Which means something since, with him a cop, knowing what Laura is capable of since they’ve been friends so long, it shows feelings still linger there. Making me wish they’d redirect him toward Laura more than Katy. However, with us being more than halfway through the show, there is no going back now. 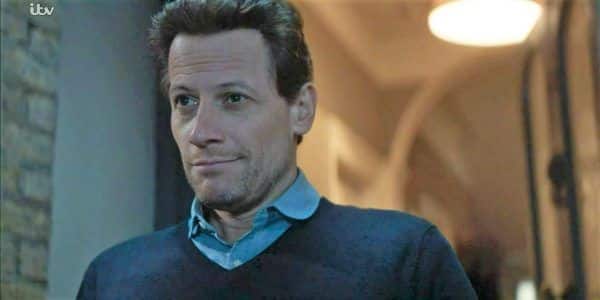 Laura is a odd cookie. She interacts with people who she knows only want to upset her, she seeks out means which surely could get her arrested, and now she is trying to get Andrew’s in law, and his wife’s best friend on her side? I don’t know whether to applaud her for her tenacity or consider her stupid. Yet, there remains this line. One in which, no matter how good Joanne Froggatt is at helping you understand Laura’s mental condition, unless you’ve really been in Laura’s shoes, there is this difficulty to understand some of her decisions.

I mean, can you imagine seeking out your rapist’s mother in law hoping she may be convinced to testify against her son-in-law? Maybe check out your rapist’s dead wife’s best friend? Confronting your rapist about his gag order when he knows where you live, that you live alone, and he knows how to take advantage of that?

I’ll give props to Froggatt for how far she has brought us into Laura’s world but she isn’t that good of a medium. I don’t think even Viola Davis, Helen Mirren, or Meryl Streep could really make you believe a person, at least one like Laura, would go this far. Unless it was for the sake of fictionalized entertainment.

But, putting myself in Laura’s shoes, what else can she do? That is the thing which has to bother you. Laura is damned if she just lets Andrew influence her life and damned if she continues to pursue exposing him. Yet, I’m sure we can all agree that Laura is definitely going down a rabbit hole with her having Tom buy GHB for her. For while we can understand why she is losing it, that doesn’t excuse where she seems willing to go because of it.

Why didn’t Vanessa wake up when Andrew was raping her in her sleep?

He put ghb into her smoothie