Agnes’ backstory gets revealed to us as Mia sees an old acquaintance, Karen makes a surprising decision, and the Dryden Commission visits the yard.

Table of Contents show
1 A Sacrifice For The Next Generation: Mia, Ed, Joe, Karen, Sam
1.1 Commentary
2 Protecting The Innocent: Mattie, Leo, Niska
2.1 Commentary
3 The Rift Expands: Max, Laura, Agnes
3.1 Commentary
4 Other Noteworthy Facts & Moments
5 Question(s) Left Unanswered
6 Highlights
7 On The Fence
8 Follow Wherever I Look on Twitter, Like us on Facebook and Subscribe to the YouTube Channel.
8.1 Previous Episode’s Recap
8.2 Check Out Other TV Recaps

A Sacrifice For The Next Generation: Mia, Ed, Joe, Karen, Sam

Despite Mia not going anywhere, she feels getting to draw as she does is some kind of living. But, of course, every now and then she faces the growing crowd who may look at her as the reason for local property drops (12%) but it might just be them. Though, of course, that thought doesn’t cross their mind so they decide to assault her and after being knocked down, guess who, after she reaches out her hand, helps her up? Ed. The guy from the beach restaurant whose rejection has haunted Mia ever since.

Someone who feels immensely guilty and all of that but Mia isn’t really quick to forgive. In fact, she punches him in the face once they are alone. Which, considering what she is, you would think would have broken something. However, I guess she held back or her master programming prevents her from really messing a human up. Either way, they sort of reconcile but as much as he wants to start over, Mia doesn’t want to leave her apartment and take an easy and convenient life. If for the sole reason that she believes her work can make it easier for the next synth. 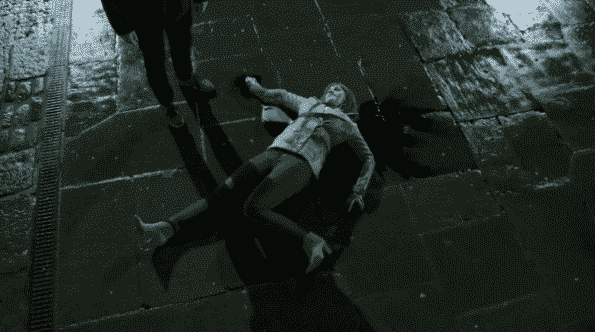 Leading to Karen and Joe. Due to Joe being single again, his kids living quite far, and having their own lives without him, he has become quite lonely. To the point he kind of adopts himself into Karen and Sam’s family. Good thing too because Sam accidentally gets a scrape that a human sees and it produces blue liquid. Thus putting everyone on high alert so Karen makes it look like she hurt herself and outs herself.

Thus setting up a tragedy in which Karen ends up dead and now Joe is all Sam has.

I don’t know why but the relationships on this show just don’t do much for me. Maybe it is because they, like how the show largely handles its sci-fi elements, keeps it very practical. There aren’t grand moments or gestures. It’s just people living, sometimes finding love, and the show focuses on the more mundane aspects of it all.

But, one thing which certainly will be interesting is seeing how Joe adapts to being Sam’s caretaker. That is assuming Karen can’t be fixed. Also, I do wonder how the news may handle Karen’s death, if at all. For she was basically killed by a mob, during the daytime! Her death, alongside the trip the Dryden commission made, maybe that may have more headway than what the terrorist organization and Agnes have planned.

Oh, and before I forget, since Sophie has been just around this season, there is also the question of how will she react to Sam? Because, as much as there is this idea she might be jealous, what happens if she gets a crush? For that leads to the unfortunate fact of, while Sophie will grow into an adult Sam will be trapped looking like a child forever. Even as he learns more than enough to understand the world as an adult.

While Niska killers the bomber who took part in the terrorist attack, so leads Niska to seeking out either the rest of the organization of the synth who doesn’t sleep. And while that happens, Mattie and Leo agree upon, since a brown kid is about to take the fall for Day Zero, redirecting the police investigation to London to protect the kid.

Would it be wrong to kind of look at these three as part of the B-team? Day Zero, and the investigation into it, should be a huge thing, since it affected the entire world and killed so many, but it feels quite small. Even taking note how many characters are dealing with the after-effects of it. Then with Niska, being that she has mostly been doing her own thing for most of the series, it makes nearly whatever she is part of feel secondary.

Not to say their storylines are boring, it is they just feel so separate and given only enough focus to remind you these people exist. 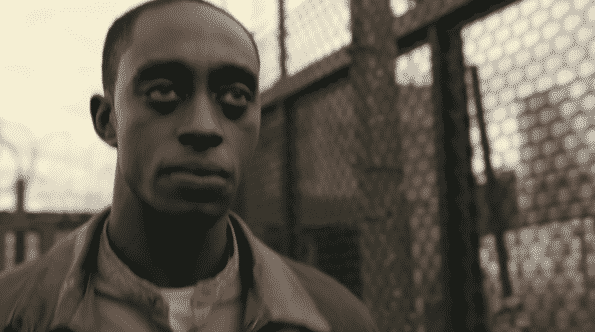 Agnes’ backstory is gone into this episode and before awakening, she was a synth for a children’s entertainer. Not one on TV or anything like that, but your every day, low-rent, kid’s birthday performer. Which, being that she was monotone, made her not the most entertaining synth and kids would get more out of her throwing stuff at her. Which is part 1 of why she isn’t fond of humans. Part 2 comes from her owner, after she gained consciousness, leaving her trapped in a box for 7 hours. Thus giving her this immense fear of dark enclosed spaces.

Which comes to be the punishment for Agnes for while Max tries to exclude her from the Dryden Commission visit for her own good, one of her followers let her out. Then, to make matters worse, she seemingly was ready to not just become a martyr but allow the whole yard to die with her. How? Well, by stabbing the head of the commission and probably seeking to kill him. For, in her mind, showing synths they can fight back would bring more to the struggle than trying to make nice with humans. Even if, the way Laura is spoken to, it may have helped immensely.

So, into a shipping container Agnes goes which, despite how bad she sometimes acts, makes her once again that vulnerable synth lost in the world.

While, based off promo I saw for the AMC premiere of Humans, there is this talk of how each season has a female synth which is a bit of a rebel (Season 1 was Niska, 2 was Hester, and 3 is Agnes) I find Agnes to be more of a Niska than Hester. For one, you can see Agnes being part of the show long-term, maybe becoming a Magneto type who maybe can recognize a few humans can be useful, but still very much for synth domination. On top of that, while capable of being a loner, she is capable of making connections and even gaining a following.

But what may really drive if Agnes is long term, a cousin to Niska even, is the development of her relationships with synths outside of Max. Which, while contentious at times, the fact she is still able to open up to him and try to get him see her side speaks volumes. For there is the constant need to remind myself that part of Agnes and the terrorist group’s need for rebellion is because they are essentially like kids or teenagers. They have been aware but unconscious all this time doing as they were told and knowing so little about the world they lived in. So to be hit with the full effects of human suffering, while not being human, is hard. It’s chaotic and it seems they look towards those like Max for relief but, even with him being conscious longer, he is almost as green as them. If just because, in his former life, Leo was the leader and he was a follower. Maybe not in the form of being a slave but certainly enough where he didn’t have to think for himself much.