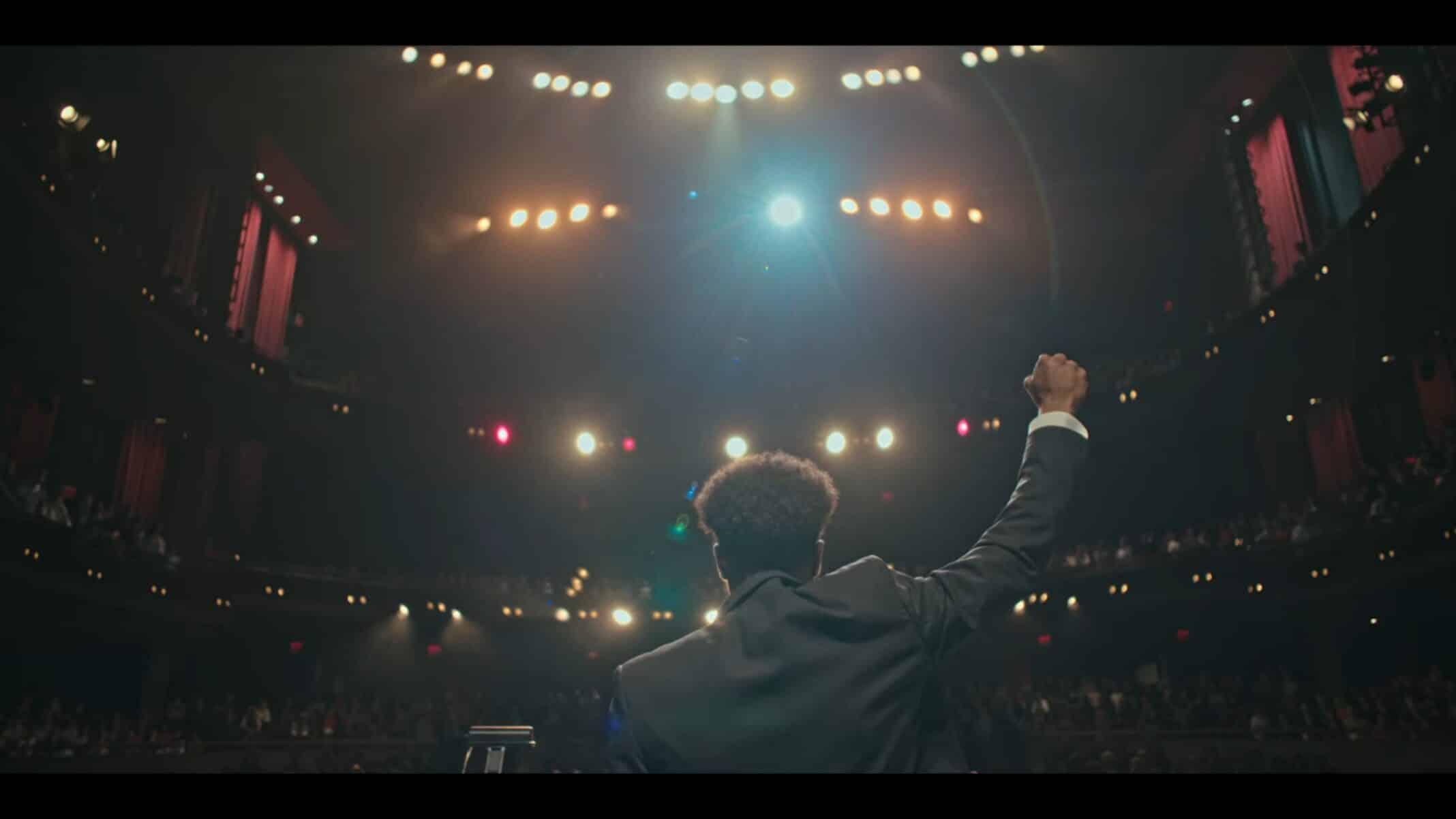 The first season of Grand Army comes to an end with the reveal of who has been typing that worrisome letter and if there are any happy endings.

So, all this time, Leila was writing that nasty letter, and while you are led to believe she was going to blow up the school and kill people – she doesn’t. Instead, it was just about her causing a scene, getting the play cancelled, and in the process of executing her plan, she wins back Rachel. Though, alongside winning her back, she borderline finds herself dating Omar. Someone she makes out with, has sex with, and even shows her more PG artistic work with. Mind you, he also sees the violent stuff, which raises a red flag, but Leila isn’t confronted about that.

Switching to Jay, with him continuing to remind Owen what he is missing out on, Jay finds himself challenged to make a statement. Especially after a sit-in at Grand Army that doesn’t really go anywhere. So, during his Lincoln Center performance, he puts black tape on his list and raises his fist – which is how the episode ends.

But that is, by far, not the best part of the show, nor necessarily the best way to end what was a rather notable season. For example, it could have ended on Sid and Meera being closer than ever and Sid learning he got into Harvard. Never mind his dad calling him “Son” after learning the good news from Meera.

Also, Tim finally came around and wanted to admit the truth around what happened to Joey. Even with George, and especially Luke, ready to threaten him and beat his ass. Never mind Anna so confused since she tossed away her friendship with Joey in loyalty to her brother.

Someone who, thanks to a young woman named Sylvia, at her new school, gets the validation from her peers that she couldn’t get elsewhere. Thus leading to her regaining her freedom, and control of her body, as seen through her taking a dance class and killing it.

In the long run, Francine finds herself unable to agree to having Dominique marry Ronald. She sees how Dominique’s friends talk about her, takes note of John, who Sabine thinks is a good match, so she just can’t bring herself to allow her daughter to sacrifice so much. Especially since Dom has concrete dreams, those which go beyond herself and Sabine.

Thus, Ronald and his green card situation is no longer Dominque’s problem, and she can instead focus on John and getting that internship at Sisters Thrive.

Happy Endings For Many

Between Joey feeling validated, all that family responsibility lifted off of Dom’s shoulders and Sid’s father, in some form, recognizing him, it was a needed happy ending for many.

Tim Wanting To Step Up

A part of me strongly wishes we got to fully understand why Tim kept his mouth shut. I know George and Luke are his friends, and the way Joey was acting that night was wild. However, it seemed like he was aware something was right and it makes you wish we did get to see his testimony, and not what Joey thought he said. Never mind how he explained things to Anna since that was one of Joey’s best friends.

But, those thoughts aside, we do appreciate him wanting to stop protect the other two guys and speak up. Though what could come of him doing so will have to be explored in another season.

Leila Being The One Who Wrote That Letter

Does it make sense that Leila wrote those letters? Yeah. Take note, her animations were violent and took no prisoners. Yet, I gotta admit, there not being a bomb and her not getting caught rubbed me the wrong way. On top of that, some of the things she wrote pushes you to wonder if that’s her personal belief, or was it said to make the threat more serious? Mind you, a part of us will always take note that Leila is immature, has identity issues, and thus she has a real valid struggle.

However, as much as we enjoyed her clapping back against that Asian student, it never did feel Leila hit rock bottom she deserved. Rather, she was sent down into the water and popped right back up like it was nothing.

I’m sorry, but Jay’s storyline was utterly lackluster, and I got absolutely nothing from his protest. As Owen said, in the end, it just felt like everything was made about how he felt, and while he deserves the same allowance given to Leila, it is hard to give that to him. For again, as Owen noted, there is just so much privilege there. He isn’t the most talented, yet has a seat at a major event at Lincoln Center. Also, he has a girl like Sonia, who is supportive, got her own talents, and has a story waiting to be focused on. Add in his family unit, and it makes it so, Jay’s story just lacks what nearly everyone else has.

And while you can’t discount his blackness, there is this vibe that his privilege counteracts it. Making it so, I wouldn’t say he is as privileged as Luke or George, but his luck allows him to be seen in some realm of what they could get away with.

Leila Being The One Who Wrote That Letter - 74%

While Jay's storyline ending the season was a bold failure, when it comes to nearly every other storyline, Grand Army ends its first season accomplished.