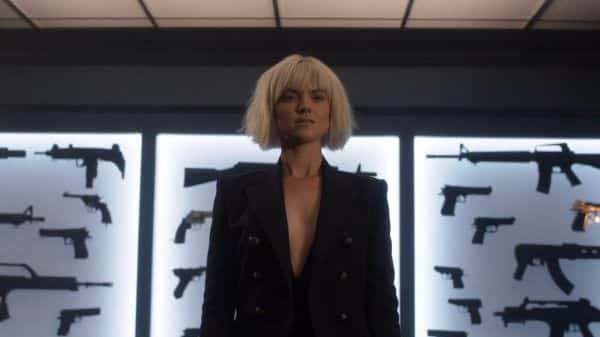 As always within Gotham there is a constant shift in power dynamics and a lot of posturing. But with the women of Gotham on their way to a comeback, Penguin better not get comfortable. 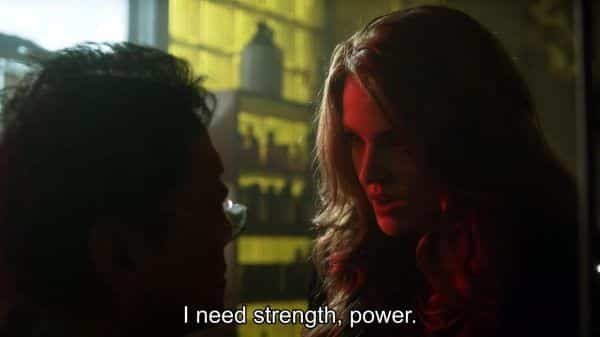 The women of Gotham are tired of being undermined, playing second fiddle, or just plain not being taken seriously. So, the most recent back from the dead character, Barbara, has a new proposal. With all the criminals in Gotham under the new license program, they have to get their weapons from somewhere right? Right not them? She proposes this to Selina and Tabitha but Tabitha hasn’t forgotten Barbara’s betrayal so she isn’t quick to join. However, eventually, she comes around.

Thus making their team 3 members with a possible fourth one pending. For, you see, Ivy is getting tired of Penguin talking down to her after all she has done for him. So she tries to join the group but Tabitha rejects her. Selina wants her, and maybe Barbara will accept her, but for Tabitha right now it is a no since Ivy is a Penguin stooge in her eyes.

But, not for long. If only because Ivy steals some sort of magic potions that could change a person’s DNA. Leading to the idea she may have drunk what is necessary to become Poison Ivy. 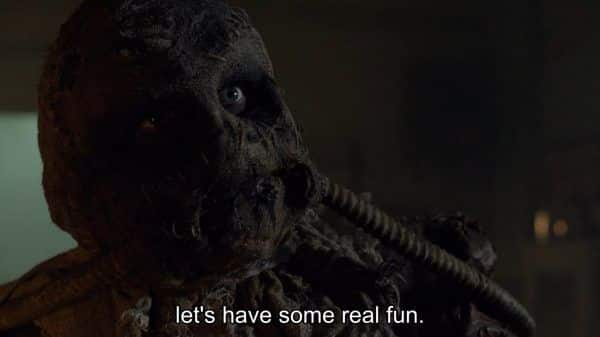 There is a war for the heart of the citizens and after Penguin’s time as mayor and now as head of the criminal underworld again, he has the GCPD on the ropes. Even despite that embarrassing front-page story. After all, Penguin has shown himself to be a man of the people and the GCPD a bunch of incompetent fools on the people’s payroll.

So, to push the point the citizens are better off relying on Penguin, Gordon is challenged to get Scarecrow within 24 hours. Something Gordon fails at, if only because Scarecrow temporarily uses Arkham Asylum as a home base, turns all the inmates against Gordon, and uses them to help provide an escape. However, with him desiring vengeance for his father, he’ll be back.

But, with failing to meet the challenge comes an emboldened Penguin. One ready to undermine the GCPD more than ever before. Something Harvey is used to for Jim continues to talk to the precinct as if he is the captain and people have learned to pay him no mind. Especially since Harvey isn’t as gung-ho anymore on following Jim to the depths of his insanity.

Another Step Towards The Batman: Alfred, Lucius, Bruce 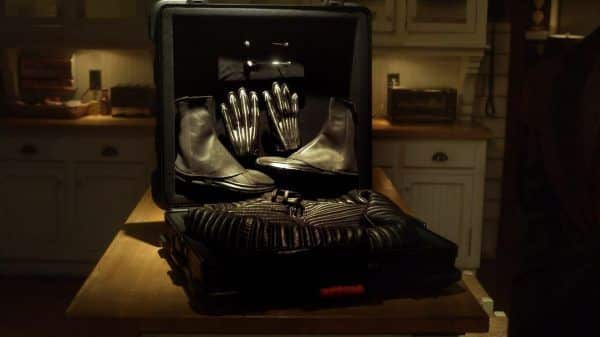 Speaking of insanity, Bruce is continuing to act as a vigilante with nothing but some basic training and above average counter maneuvers. Which makes him quite lucky that Lucius just so happened to pick up easily when Alfred and Bruce hide things. Reason being, he happens to have some Wayne tech which is lightweight, bulletproof and provides grip for climbing things. Thus bringing Bruce another step closer to becoming the iconic Batman.

The Possibility of Poison Ivy

The Rise of the Women in Gotham seems long overdue. Barbara and Tabitha had their moment, but they weren’t allowed to truly benefit from Penguin’s association and be treated as the season’s, or at least an arc’s, villains. So here is hoping with the ladies of Gotham on the rise, and the possibility of Poison Ivy, the next arc of the show may finally give these ladies their just due. After all, who can talk about the Batman franchise without mentioning Catwoman or Poison Ivy?

Who Does Jim Think He Is? 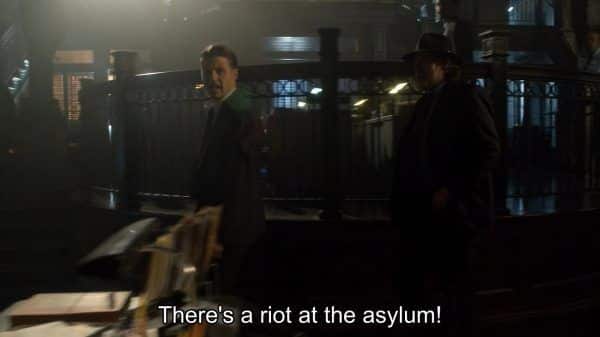 Have you ever noticed that Jim pretty much undermines Harvey’s authority and treats him like a simple co-signer? I mean, granted, I don’t know if I ever liked Jim, but I’m really starting to question what Harvey gets out of this friendship? Harvey is the boss now and Jim’s hero complex is a consistent liability. One that has, as Penguin noted, turned the GCPD HQ often into a war zone. Just because of Jim being impetuous and often trying to do things on his own.

Such as trying to capture Scarecrow on his own solely due to ego. Much less thinking he can convince Falcone to come back and possibly take back the criminal underworld from Penguin.

One of the main benefits of Bruce’s impending rise is that it will eventually mean Jim isn’t the center of attention. That and we won’t continuously be dealing with people getting revenge over someone he killed, assuming Bruce keeps the franchise’s “No kill” policy for Batman. But, focusing on Scarecrow, I hope in his father’s memory he goes onto focusing on people merging with their fears. Especially since Jim is able to get over his fear of Lee killing herself by overcoming it.

That moment helped push Jonathan to a point of a bit more madness. If only because Jim did what was considered the impossible. So now I’m hoping he shows Jim as an anomaly as he has the citizens of Gotham face their fears and prove to get past your fear, you must become what scares you.