Wherever I Look
Recaps, Reviews, and So Much More
Home Movies Gerald’s Game – Recap/ Review (with Spoilers)
Movies 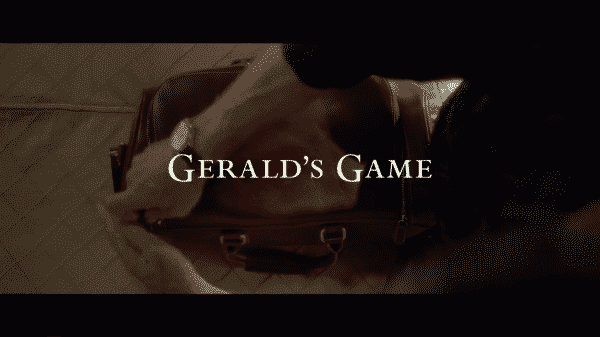 Carla Gugino shows once again, in Gerald’s Game, she is perhaps one of the most underrated actresses of modern times.

Table of Contents show
1 Director: Mike Flanagan
2 Summary
3 Highlights
3.1 Carla Gugino, Supported by Bruce Greenwood
3.2 Chiara Aurelia, Supported by Henry Thomas
4 On The Fence
4.1 There Are Times You Want To Check How Much Longer Does this Go On?
5 Overall: Positive (Worth Seeing)

After 11 years of marriage, things have kind of gone dead for Jessie (Carla Gugino) and Gerald (Bruce Greenwood). They barely have sex, and when they do it requires either Viagra or something kinky to the point of making Jessie uncomfortable. But, with them both recognizing the growing distance in their marriage, they decide to go away for a weekend to a secluded cabin. This leads to two hellacious nights.

You see, while initiating some twisted foreplay, that does nothing but trigger a lot of screwed up things that happened to Jessie, Gerald dies. He has a heart attack and it couldn’t come at a worse time since Jessie has both wrists handcuffed. Leading to her, for hours, screaming for help. That is, until her conscious makes living versions of herself and Gerald.

Leading us to understand fully how the relationship between Gerald and Jessie got bad. As well as how it seemingly all stemmed from an incident young Jessie (Chiara Aurelia) had with her father Tom (Henry Thomas) when she was 12. 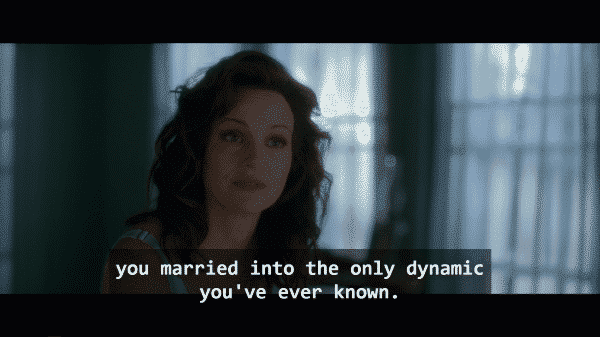 Carla Gugino is one of the many actresses who has had mediocre success which has led to the occasional tentpole or lead roles. With Gerald’s Game, however, one could argue this should really lead to the type of recognition a nearly 30 plus year career should have. The reason I say this is because, outside of Greenwood in a supporting role, and Aurelia and Thomas for maybe 10 to 15 minutes of the whole movie, we’re stuck with Gugino. Meaning, the whole film is riding on her and damn if she doesn’t pull it off.

Gugino makes use of her fairly consistent look which instantly offers familiarity but continues to bring this vulnerability that keeps things fresh. For as Jessie, she is a woman who can only be assumed to be a housewife. After all, there isn’t any mention of her working. So she is already put at a disadvantage. However, as more is uncovered about Jessie’s past and we learn how that has affected her present, we can see Gugino taking all the foundation Aurelia lays out and taking a moment and expressing how that created a dysfunctional life.

But what makes Gugino really shine is when her survivor instincts, if not desperation, kicks in. In those moments, when she seems willing to break her wrist, slice one off, or what have you, you are reminded that while Gugino may not always be in the best productions, she is consistently a highlight. One which seems fully committed to getting dirty, sexual, or even violent to bring more than entertainment to the viewer. But a sense of what the character is going through.

Similar to Philomena, the use of a younger actress to help exhibit the source of trauma is well done here. Aurelia, though not given a huge amount to do, really helps craft the psychological imprint Tom left on his daughter. After all, as hallucination Jessie explains, she pretty much married her father. She married someone who was a lawyer, with a proclivity for younger women, who had a drinking problem, who openly objectifies her, and so much more.

All of which we see Gugino slightly rely on Aurelia to portray how she became capable of making herself small, keeping secrets which should not be kept, all out of love.

There Are Times You Want To Check How Much Longer Does this Go On?

When it comes to Stephen King adaptations, even when the film isn’t nearly 2 hours there comes a point where you wonder “How much longer is this?” Not because you aren’t enjoying it but because once you get comfortable in the world crafted, it begins to strip away at the things you are enjoying. Sort of like a friend who overstays their welcome. 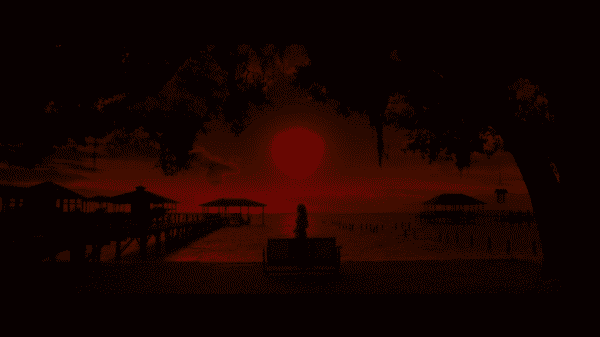 Though perhaps a bit longer than necessary, Gugino and Aurelia make use of this time to really get you into Jessie’s mindset. Also, Gugino puts on the type of performance that makes me hope as major award shows try to figure out the apprehension Netflix has for theatrical releases, it doesn’t keep Gugino from award season contention. For, at the very least, Gugino certainly deserves a Golden Globe nomination for her work.

For while certainly not a breakout role, Gerald’s Game is the type of film which feels like it puts the audience and industry on notice. One to remind you that as much as an actress or actor, in this case, Gugino, has a filmography all over the place, in terms of quality, they are to be respected. After all, those movies we side eye were for money and if they want to prove to you they are about the craft and not just the money and entertainment side of the industry, all you have to do is present the right script.