Wherever I Look
Recaps, Reviews, and So Much More
Home TV Series Black Lightning: Season 2/ Episode 5 “The Book of Blood: Chapter One: Requiem” – Recap/ Review (with Spoilers)
TV Series

Black Lightning continues to suffer by not having a true villain, but it may use the existence of new, or newly revealed, and old metahumans to compensate.

Table of Contents show
1 Noteworthy Facts & Moments
2 Question(s) Left Unanswered
3 Highlights
3.1 Expanding Known Metahumans & Making Them Seem Important
3.2 Jefferson Letting Anissa See Him Cry
4 Low Point
4.1 This Show Badly Needs A Villain
4.2 Was Gambi’s Death Supposed To Mean More?
5 Follow Wherever I Look on Twitter, Like us on Facebook and Subscribe to the YouTube Channel.
5.1 Check Out Other TV Recaps 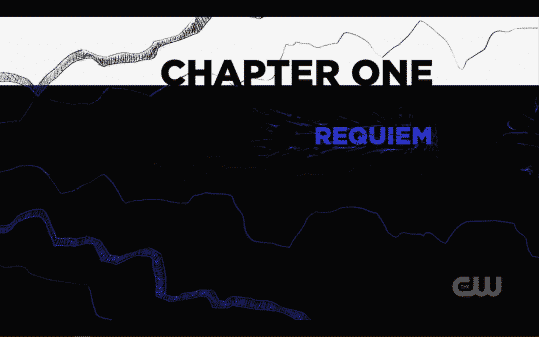 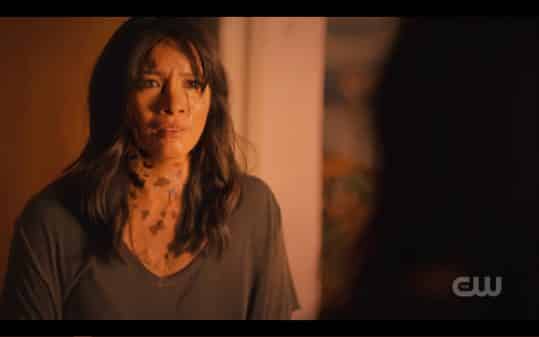 Despite Issa seemingly like he could become Jennifer’s boyfriend, and Perenna maybe Jennifer’s therapist, largely, most of the metahumans we’ve met don’t get much development. At least if they aren’t Jefferson’s daughters or an associate of Tobias. So with Grace being revealed to be a metahuman, us meeting Deacon and Anaya, and them maybe being part of, or hunted, by other metahumans, it seems the show is finally taking advantage of the interest they can bring to the show. Add on, because of Dr. Jace, the pods kids have been awakened – FINALLY – there is digging into their lives and rehabilitating them. Heck, seeing what the ASA may do with them since their family and friends are now older, possibly moved away, or dead. Though Tobias has a low-key emotional moment as he eats the food that was made to commemorate Syonide being 20 years by his side, Jefferson steals his thunder (no pun intended). For with him mourning Gambi, who he refuses to believe is dead, he is a hot mess. I’m talking fighting in Two-Bit’s bar, and not even as Black Lightning but himself. So him allowing himself to cry in front of Anissa, be vulnerable, that was something. Not just because it was Anissa, but because you don’t see a lot of Black fathers, especially who are close and have rather healthy relationships with their children cry like that. Usually, when the dad is respectable, he is the kids’ rock, the goofy funny one, and his emotions are rather suppressed – at least the ones which deal with vulnerability. So for him to cry like that was something quite noteworthy.

This Show Badly Needs A Villain Tobias: Since I lost Joey, Tori and Syonide, you’re the only family I have left.

While I like Tobias, he has not been crafted in such a way to be the show’s top line villain. If anything, he feels like a placeholder at this point. Someone to act as a segue until a true threat to Jefferson and Freeland is presented. Which has become such a problem that I felt the need to make a new template for otherwise, I’d have to drop the show. For this show, as likable as it is, it has long lived off Jefferson’s relationship with his family more than making his life as a superhero interesting. Problem is, as much as he butts heads with his daughters, and is working on healing his relationship, that part of the show isn’t strong, or interesting enough, to maintain fan loyalty. It’s something for Black media websites and critics to hail and praise but that’s it.

Even without checking if the actor who plays Gambi is signed up for more episodes, it is hard to believe this show killed him off. Making his death perhaps being meant to put fans on notice not seem real enough to think its true. Especially since no name thugs “killed” him. Rather than Tobias, a possible new villain, or maybe someone from the ASA we were formally introduced to.