As Black Lightning makes his presence known to even Tobias’ boss, Lady Eve, so comes the question of whether his presence helps as much as Gambi thinks it does.

With Reverend Holt rallying up the people to stand against The 100, Lady Eve is not too pleased. Especially with talks of Black Lightning being alive. Something Tobias vehemently denies is true for he is under the impression he killed him. Yet, either way, Lady Eve wants the people to go back to having fear. Let them have faith in God but fear the god of Freeland which seems to be her.

Thus leading to Tobias getting a shooter and, in anticipation, Gambi and Jefferson trying to reroute the march so that Black Lightning can keep a more watchful eye. Which, luckily he is able to since, of course, Lynn, Jennifer, and Anissa who gets guilted into marching, are front and center. Making Black Lightning the only thing which kept them from automatic rifle fire.

However, not all are left unharmed, besides of course Tobias’ soldiers. Reverend Holt and Khalil both get shot. The reverend is shot in the chest but it seemingly goes through clean. However, the bullet hits Khalil and seemingly got to his spine. So now, not only will he not be on track anymore, but he may not walk again either. As Anissa learns how to control her powers, she next wants to understand how she has them. So, being that she is a med student, she looks into genetic mutations and then comes across Grace. An Asian woman, into comics, who ends up being the reason Chenoa breaks up with Anissa. Now, whether Anissa may go from Chenoa to Grace, who knows?

What is sure though is that Anissa’s secret powers are starting to weigh her down, despite how exciting she finds them. Something Lynn picks up on and despite Anissa trying to play it off and say her posture and look is because of Chenoa, Lynn politely calls BS. But reminds her, just like when she came out, there is nothing that she can do to make her love her any less.

After all, if her sister could really come out of her mouth that she planned to lose her virginity to Khalil, before he got shot, without much hesitation, she should be just fine.

The 100 Continue To Seem Formidable

Though Jill Scott maintains her usual charm, the sort of darkness we saw in Love Beats Rhymes comes out and helps give her some oomph. But, perhaps the most interesting thing here is how we continue to see how ruthless this gang is. From Reverend Holt being shot and Khalil being paralyzed, we are reminded that these people are gangsters. It isn’t a bunch of conversations, them being foiled, and looking like idiots. They are taking someone who is built up to mean something out or down every single episode.

Really leading you to wonder, will there eventually come a point where they get someone really close to Jefferson? For with him clearly favoring Lynn and his kids, LaWanda already put 2 and 2 together, so it is just a matter of time.

You really do have to appreciate what the Pierce family is willing to do for one another. Whether it is Jefferson putting back on the suit and risking the progress he has made with Lynn, much less his life. Lynn reminding Anissa how her love is without conditions or terms, or just Anissa and Jennifer’s relationship. Her wanting her sister’s support, even after she told her sister off just a few episodes ago and called her a b with an itch. The way they come together, and not solely in times of crisis, is so admirable. 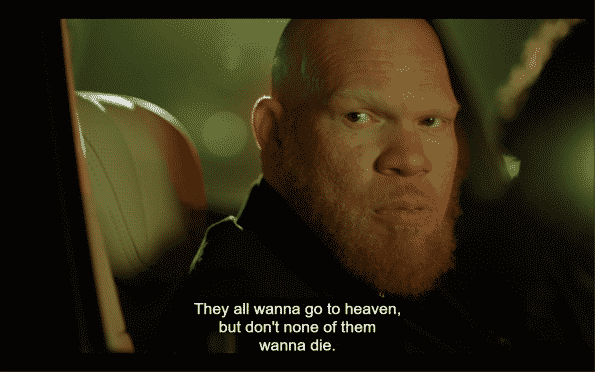 For such a bad ass dude, who seems to have a thing for stabbing people, Tobias was sounding like a little mitch when Black Lightning stopped his guy from shooting up the march. Especially dialogue-wise. He went from this bad ass dude who could walk up into a city prison and kill someone, to looking like Lady Eve’s neutered pit-bull with a long leash.

The End Of Anissa and Chenoa 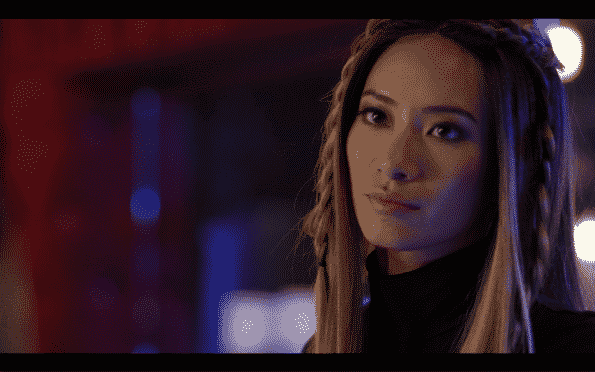 There aren’t a lot of Black inclusive relationships on television, especially Black queer relationships, so Anissa and Chenoa ending things abruptly kind of hurt. Especially considering they seemed cute and even with them having problems, seeing them work through it would have been something unique. Especially to network TV which, as the push for diversity becomes strong, doesn’t really push intra-racial romance of this kind.