In the season finale of Black Lightning, the fate of the encased metahumans gets decided and some characters present their final goodbye.

What could be considered loose ends are handled this episode. Be it seeing Alvin and Gambi correspond before his death, Gambi discovering Jefferson had powers or an explanation behind Tobias’ acquisitions. That is Syonide, who he found when she was 8 years old, and trained to be an assassin, alongside had carbon fiber body armor put beneath her skin. Then, of course, there is Khalil who, thanks to the serum used to help with his spinal implant, now is capable of producing poison. The kind which, depending on the dosage, will either knock you our or, as seen with Jefferson, nearly kill you.

With us knowing Jefferson was close to his dad, there isn’t much of a need to go over that. However, there is definitely a need to address daddy Tobias. Can you imagine Tobias raising an 8-year-old girl into womanhood? I mean, she clearly has a fondness for him, despite the trauma he put her through, and even talks apparently! For the longest time, since she barely says a word, I figured she was a seen but rarely, if ever, heard type of character. But I guess we should expect Syonide, now that she has a little brother in her life, to be more of a vocal character.

Something I can’t say is a good or bad thing yet.

For a notable part of the episode, Jefferson is out of commission. With Khalil’s venom pumping through his veins, he goes from knocked out to powerless. After all, with snake venom being a depressant on the nervous system, and that being how Jefferson’s powers circulate, it’s like someone hit the off switch. Or, based on how Jefferson’s powers have been explained, someone depleted his battery.

Something which couldn’t have happened at a worse time for Proctor has found Gambi’s hideout and sent around 20 operatives to retrieve Jefferson. For with his stage 1 subjects having, maybe, 10 hours to live, and only 4 on what is stage 2, he needs Jefferson’s DNA. Thus leading to the idea that Jefferson and his family would just have to make a run for it while Gambi makes a martyr out of himself. However, with Jennifer juicing up her dad, everyone, including Lynn with a shotgun, fights off Proctor’s people.

But having to retreat in the battle against Jefferson isn’t Proctor’s only problem. With Tobias sending Lala, with a bomb in his body, to try to kill Proctor, the hunter increasingly feels like prey. Which is made even worse by, soon after Jefferson repelling Proctor’s people, Tobias makes a live appearance. Really only missing Proctor by minutes.

Though, with him leaving behind a briefcase of great importance, while Tobias may not have gotten 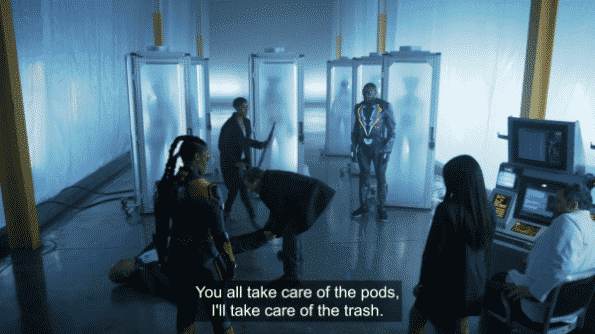 It’s hard to not feel like Proctor lost his status quick as a villain. At one time, with Lady Eve under him, you took him seriously. He had the feds backing him, all these meta-humans, secret agents at his beck and call, but then he suffered one loss after another. Embarrassing losses at that. Really pushing you to wonder, when it came to this idea of there being a board and all that, was that just nonsense? Was it just Lady Eve and Proctor presenting a front to keep Tobias at bay? Maybe Gambi too?

And on that thought, considering how deadly Khalil’s venom is touted to be, how exactly would shocking Jefferson bring him back to life? The way it was presented in the last episode, Jefferson got hit without enough venom to kill him so I’m a bit confused.

Somehow Jefferson and Anissa find where the remaining metahumans are stored and not too long after they arrive, so does Proctor, and behind him Jennifer, Lynn, and Gambi. In this moment, Proctor tries to make a deal and all his talk does is piss Jennifer off to the point of using her powers on him. Leading him to go from trying to make a deal to presenting a threat. However, Gambi reads his bluff and with him realizing this whole metahuman thing isn’t an ASA project, just Proctor going rogue, he figures killing him won’t be an issue.

Leading to a problem: The first being the question of what to do with these metahumans? They’re sickly, who knows if they can control their powers, and then there is the next issue: Getting them out of the tubes. Something which is a huge issue for only Proctor’s thumbs and this one briefcase can lead to those containers being open. All of which Tobias has and with him having hold of these items, he sees himself as king. However, with it being revealed what the government has done, while Tobias may have new and immense powers, the people are more aware than ever, as are the police, so Tobias will still have issues as he pushes to become king of the underworld. 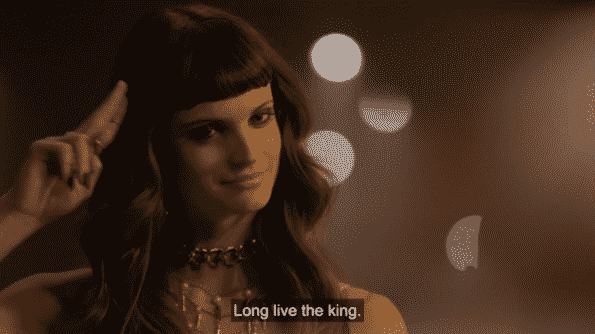 Even if Proctor went rogue, is there not a belief that someone is going to check up on him? Also, with the ASA kind of being exposed for the child kidnappings, there comes the idea that if Jefferson and company thought things were bad before, they haven’t seen anything yet. For now they aren’t going to get a rogue agent but someone who isn’t easily taken down by roughly three people at a time.

Something which I still find comical. Proctor had all these people under him, all these soldiers, yet he still lost a chemical warehouse and his base got infiltrated. Was he just bottom of the barrel or what? And was that whole, “Make America Great Again” necessary? We already knew the man was racist, please let us escape from Trump references.

Leaving one last thing: What in the world was in that briefcase? Was it information on all the fake ASA’s deals and operations? Something in there had to be making Tobias happy besides whatever is needed to unlock the pods of the meta-humans. Of which, assumingly, he doesn’t know anything about. Though considering Proctor was talking about making an army, maybe all his plans were in the suitcase and that is why Tobias is now a happy boy. For instead of spending millions to modify people, he can just use people who took Green Light to rule the city and maybe more in time.