Home Movies And Then I Go – Recap/ Review (with Spoilers)
Movies

And Then I Go – Recap/ Review (with Spoilers)

Considering the times we are in, if I was still in middle school or high school, I’d skip every assembly after watching this movie.

It’s the beginning of high school and for Flake and Edwin, life sucks. Not your usual, coming of age story, kind of sucks. We’re talking about feeling misunderstood, perhaps bullied, and isolated to the point of wanting to take life into your own hands. Not wait and rely on someone else to come to your defense, say something, because they never stop the problem. If anything, they exacerbate it and make it worse. So, with that in mind, Flake and Edwin plan a school shooting during an assembly.

However, with Edwin starting to make acquaintances, if not friends, outside of Flake, and another kid Herman who also sees a gun as the answer to his problems, so comes the question of what he may do? Will he report his friend, stop him himself, or despite family, potential friends, and one teacher named Ms. Arnold presenting speckles of hope, will it be considered too late?

With school shootings becoming a norm, and there always being this push to humanize or talk about the shooter, to say And Then I Go has really bad timing is an understatement. Especially since this film is completely about the kids who are planning a shooting. Then, to make matters more complicated, there are levels to the shooters.

What I mean by that is, you have Flake, real name Roddy, who is just an ass. He is the kind who, because some girl rejected him, he’d shoot up a school. The type of kid who, because of his mouth, that is why he is bullied and we aren’t presented any real redeeming qualities with him. He is just an ass.

However, things get complicated when it comes to Edwin and Herman. For Edwin, it almost seems, with Roddy being his best friend since he was 5, and perhaps his only friend because of the association, he took on his traits and adapted. Perhaps all so he wouldn’t be alone at school and, because of his size, bullied and harassed. For bad enough he starts each day with a messed up locker, a father who thinks he is being playful but is picking at a wound, and this kid Sfikas who picks on him. On top of that, he has a teacher who probably means well, Ms. Meier, but her way of showing it is by complicating Edwin’s life further.

And by no means, don’t take what I’m saying to justify, in the larger conversation, why people do the drastic things they do. However, I think the point with Edwin, similar to what we saw in Thirteen Reasons Why, is to show you the build up into how someone makes a decision most cannot understand. Something which is especially true with Herman who, unlike Edwin, doesn’t have any friend in his grade, 7th, to look out for him. Combine that with him less of a fighter than Edwin and Flake, all we see is him with a new bruise and more and more defeated each day. 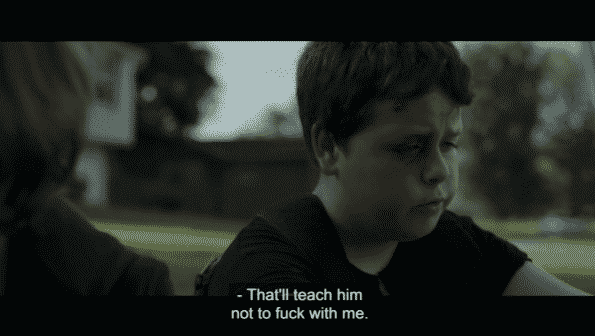 Which of course may lead to the conversation of why didn’t they tell a parent, teacher, talk to someone, and things of that nature? However, in Herman asking for Edwin and Flake to help you get your answer. He tells them about Budzinski and all they do is make it worse. In that little moment, you get your answer. One which maybe not ideal, but with one kid making Herman’s life hell, Edwin just now seeing how the world looks outside of Roddy’s vision, and Roddy having serious issues, there is some attempt for you to understand.

It’s Going To Leave You So Conflicted

I cannot tell you how many times I rewrote this section. One time the argument was about how Hollywood glamorizing violence has to be taken into account for the boys’ decisions and perhaps the writing of this movie. Another instance noted how, especially in these times, a film like this which presents a very effective idea for maximum casualties shouldn’t exist. Then there was the question of whether they pushed the idea of these boys contributing to their circumstances enough, and pages and pages of other thoughts.

Leading to me just say this: While there are ways the film could have gone deeper on certain subject matters, especially considering, minus a racist, it has the main archetypes for shooters, it will undeniably leave some kind of impact on you. However, like with Thirteen Reasons Why, it also presents the idea that it doesn’t take into account that as much as it can start positive conversations, it doesn’t necessarily provide tools to handle the negative ones. 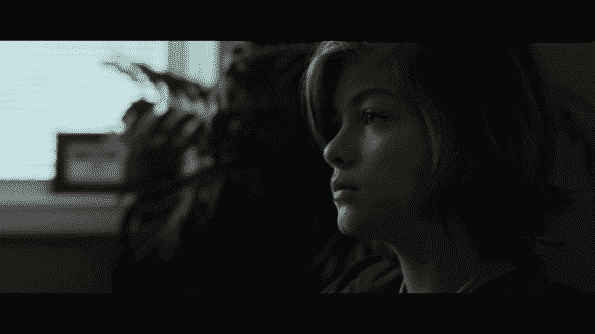 This is honestly a hard film to label. Because of how strong of an impact it is having on my psyche and the emotions I’m feeling, a part of me feels like this should be labeled positive with no question. Yet, it also pushes me to understand the Thirteen Reasons Why criticism in a way. For with these boys, while you are given the steps, or a basic idea in the case of Roddy, why a shooting seemed to be the answer to their problems, there is this vibe a certain line wasn’t crossed to fully understand. No one was raped, put into a hospital, or anything like that. Yes, each boy was miserable in their own way, but this film suffers mostly because its narrative seems to not find a voice which doesn’t seem like newscasters humanizing shooters in real life.

And with that in mind, so comes the mixed label. Simply put, the timing of this film’s release makes it so no matter the performance, or the writing, it gets absorbed into the larger conversation of what is wrong with this America’s gun, bullying, and mental health policies without having a distinct voice. Which could perhaps be due to this being a book adaptation, meaning certain things were cut that were necessary to push certain themes or ideas further. But, even with giving that caveat, while the film could push conversation, it isn’t notable enough to be the one to hold up as a, or the, conversation starter.