Bigger, with former Girl Code star Tanisha Long, presents a good start for BET+. But is it worth staying beyond the free trial?

Layne, Vince, Veronica, Deon, and Tracey are all around 35 so they are long past college, got their own places, established businesses or are settled in their jobs, and are mostly stable. At least their professional lives seem to be.

Deon is trying not to rock the boat at his mostly white firm, hoping doing the grind, putting in time, and keeping his head down will allow him to move up. Vince is kicking things old school as a DJ, meaning no playlist, and feels his hard work isn’t getting much love. Then, in terms of their love lives? Deon is portrayed to be lowkey trash with the kind of mouth which could dry a girl up. As for Vince? Well, let’s just say he has had a long term sex partner who isn’t trying to become official.

But what about the girls you ask? Well, Tracey is a social media personality, reality star, and sells undergarments. Maybe not living her best life but she has a steady income. Veronica? Well, she has a rotation of men to service her needs, a good real estate career, and she is sitting pretty. So for her, life is fine.

Bringing us to Layne. With her boyfriend, of a year, Greg, who is a doctor, she is unhappy. Mind you, he doesn’t cheat, has a good job, with benefits, but he is safe, predictable, and is trash in bed. Which is why when he proposes, Layne has to think about it. Then, with Greg in his feelings, and hitting pause on their relationship for a week, she uses that time to end up with Reggie.

Mind you, Reggie, and his big d**k, was not planned. Yet, it has thrown off Layne’s equilibrium a little bit. Making her question if she can have the good guy but have her cervix kissed too? Oh, and just to clarify, on top of being big, Reggie knows how to use his d**k, and while he is slightly hood, he got a job.

So, needless to say, Layne is feeling a bit torn. 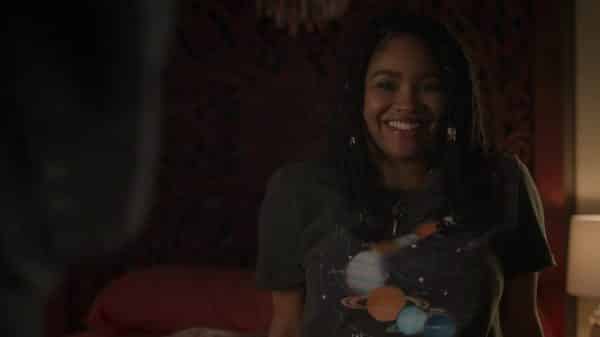 I fully recognize, after going to her IMDB, Long has done stuff since Girl Code but, 1. She wasn’t starring in it or 2. The promotion didn’t lead to me knowing what she was in. But, with that said, she is the selling point of Bigger. She is bubbly, likable, and even though she is going to venture towards being trash, a part of me can understand her issue.

At least, as a guy with a lot of female friends, I get it. A safe choice, with good job, and is reliable, vs. a dude who knows how to f**k, got a little edge to him, but is employed, and not just relying on what he is slinging. It looks like a hard (no pun intended) decision. Plus, while Layne doesn’t talk about having kids, there is the possibility she might have them and she is coming to that age when it is going to be harder and harder to do so. So it’s time to have the last bit of fun she can.

But, even outside of the sex stuff, and personality to a point, you have to also appreciate she isn’t a bum. She has her own business, graduated from college, and can take criticism and will make changes. Not to say she doesn’t get in her feelings, but at least she can separate a personal attack from constructive notes. Which you don’t see too often in shows like this.

Now, while Layne is the driving force, let’s not downplay her friends. Veronica is a badass and she has role model confidence, and while poised, she got a little hood in her. Then with Tracey, while she has a reality star background, now social media personality, there is room for growth there.

Okay, Tracey’s potential is solely based on Layne and Veronica’s. But still, it’s not the acting but writing that worries me about what may be done with Tracey. 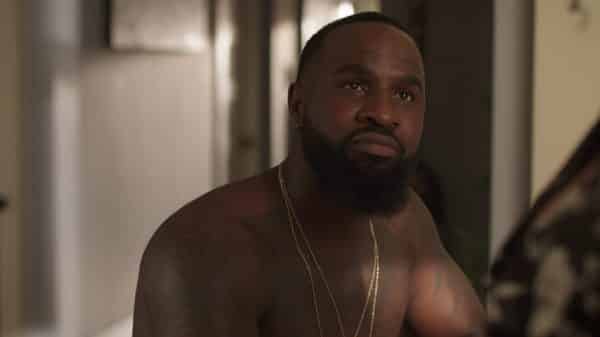 What complicates things on this show is Reggie isn’t trash. He isn’t touted as someone with fifty-eleven baby mommas, hasn’t necessarily presented himself as a village bicycle, and while he is kind of hood, he isn’t outright ghetto. He is the kind of hood which has a little charm, and you can understand why, between his size (multi-use word), and personality, Layne is struggling with letting him go.

Heck, if Reggie is written right, this could evolve into one of those #Team situations. Which are a bit annoying, and feel lazy at times, but when the deciding factor is the stroke and size, that remixes an old tale in an interesting way.

The problem with the “Streaming Wars” is it really puts into perspective how much a show or movie is worth. Personally, I don’t think Bigger and First Wives Club justify $10 a month since, compare that to Netflix which is $5 more, you get a multitude of movies, shows, and international programming, a week. Currently, BET+ may release one new show a month, and it isn’t clear if it will be like Bigger, and release weekly, or like First Wives Club, and be something to binge-watch.

So, don’t get me wrong, I like this show, but what could have been love is taken down by that price tag. 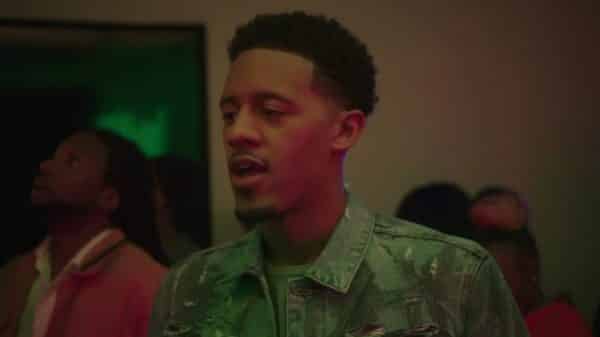 Rarely does a show which writes its women well put the same investment into the men. Bigger is a good example. For whether it is Deon, who I barely remembered, Vince who doesn’t have much of a pop, or Greg, who you should feel bad for but kind of don’t, the struggle is real. And while Reggie feels like an exception, I can’t say if it is more so the issue he presents for Layne that makes him a valuable character or that and who he is outside of Layne’s bust it buddy.

I like this show. I really love Layne, Veronica, and feel like I can grow to love the rest. It’s just hard not to contemplate, when doing a budget, do I really need another streaming service which underwhelms me with its content? Not to downplay old episodes of Comic View and more, but a good search on YouTube will get me a lot of what is on this service for free.

Heck, considering a lot of this isn’t exclusive, can only find on BET+, it makes this feel like an overpriced service. But, bringing things back to the show, Bigger is the type of show you wish premiered on BET’s network rather than forced you into another subscription service. For with it being funny, real in a way, and having the kind of characters which add diversity to what is the Black experience, even if it is yet another show in Atlanta, you want more! It’s just, the current package it is under makes you question if you like it that bad.

Bigger is the type of show you wish premiered on BET’s network rather than forced you into another subscription service. For with it being funny, real in a way, and having the kind of characters which add diversity to what is the Black experience, even if it is yet another show in Atlanta, you want more! It’s just, the current package it is under makes you question if you like it that bad.